Super Hexagon is a frenetic, fast-paced twitch game in which you control a tiny triangle in a desperate attempt to avoid hitting the numerous walls that rapidly descend upon you. Although it may look like a basic flash game from the age of old, Super Hexagon has earned an abundance of accolades and was a finalist for several publications’ Game of the Year award. On the surface, Super Hexagon boasts little more than a simple premise and a bleak artstyle; could this game really be that good? 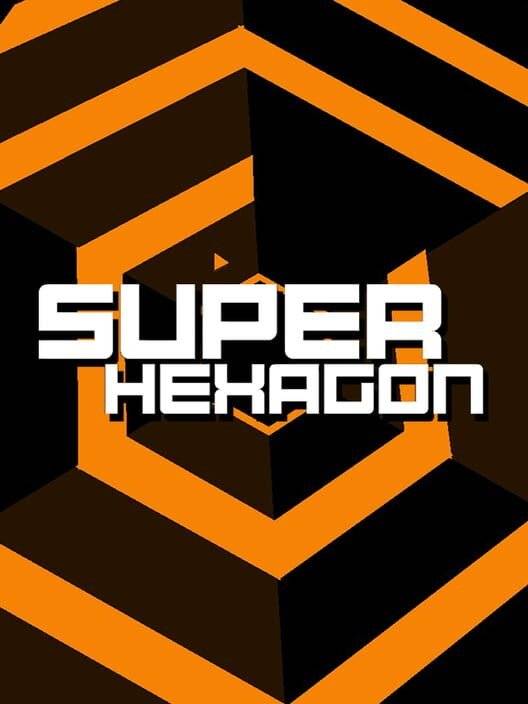 The gameplay in Super Hexagon is extremely straightforward. There are only 2 buttons in the entire game: left and right. As you rotate your little triangle around the evolving shape in the center of the screen, you must avoid the seemingly endless amount of walls that fly at you. If you hit a wall, even just once, it’s game over and you must start again from the beginning. 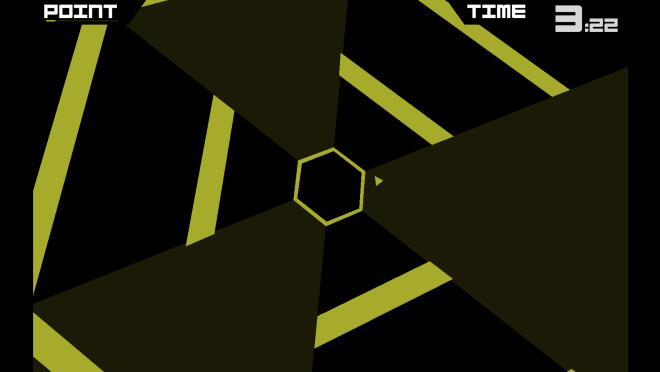 Let me make one thing clear right now: this game is hard. Like really, really hard. Like the game’s easiest difficulty is literally called hard, hard. Although each round starts off at a reasonable difficulty, the game quickly ramps up and can seem near-impossible just seconds later. Simple walls turn into complex patterns and each round is different from the last, so while memory of patterns is important, it’s impossible to memorize each level and you’ll instead have to rely on your intuition and reaction speed. Here's a brief gif of some of my gameplay so you can see what I mean (epilepsy warning):

The game is divided into six different geometrical levels at 10-second intervals: point, line, triangle, square, pentagon, and hexagon. The goal in Super Hexagon is twofold: beat your previous best time and try to survive the full 60-seconds to reach the hexagon level at the “end” of the game. When you die - which you will, a lot - you’ll be shown your time of survival along with your historical personal best. Jumping right back in is easy and addicting; be prepared to hear the words “Game Over” and “Begin” about a thousand times on your journey to success. 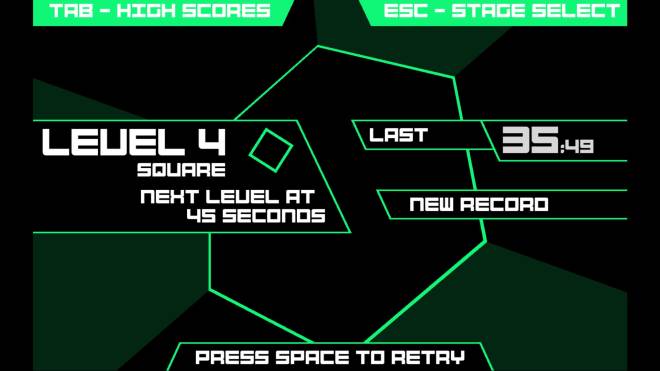 While this game undeniably has that addictive property of the old Newgrounds and Kongregate era flash games, it also suffers from some of the same issues that eventually made those games die off. The control in Super Hexagon is frankly pretty awful. It is so easy to overshoot or undershoot and nearly impossible to correct, which often leads to feeling that you lost for reasons other than your skill. Turning off V-Sync helped significantly with the controls, but it was still far from ideal. While I can’t deny that Super Hexagon does demand a lot of skill and quick reactions, much of the difficulty in the game ultimately comes from its disorienting nature - so much so that I would not recommend this game to anyone who suffers from motion sickness or epilepsy. With all that being said, I must admit that it was very satisfying to finally “beat” the game, even on the "easiest" difficulty. 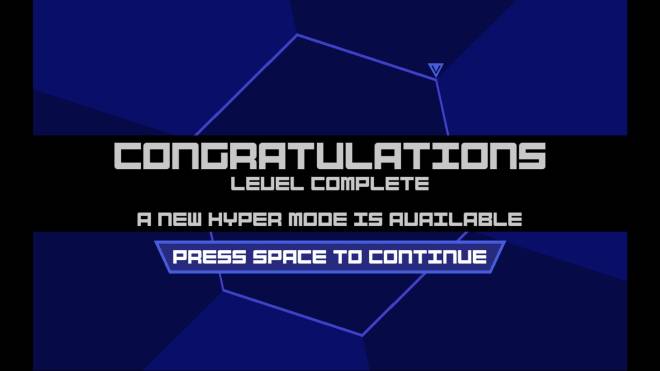 Overall, Super Hexagon is solid for what it is. It’s a fun, addicting little time waster with a catchy soundtrack, but the fact that this game was a finalist for several game of the year and design awards is pretty mind blowing to me. We’re talking about the same year that launched some of the best indie games of all time like Fez, Faster Than Light, and Journey. Super Hexagon is fun for a bit, but it was made in less than 12 hours during a game jam. Fez took more than 5 years. C’mon now.   Ryan’s Rating: 3.5/5   Super Hexagon retails for $3 and is available on PC, iOS, and Android. It was also included in the Bundle for Racial Justice and Equality, so if you bought the bundle then you already own this game!