Some thoughts about Disco Elysium

Time flies and the newest episode of Duck in games is available for everyone. It's just a couple of thoughts about Disco Elysium and why is it my second all-time favorite game   Disco Elysium is a big game. It has ambitions, it has world, it has everything to grab your interest. In fact, it grabs the interest so much, that only while rendering the episode I thought, that I have never touched the aspect of fights in the game. RPG, where fighting is not even a tertiary thing. It’s so unimportant, that you can go through the game and never even physically oppose anyone. And you may still win at the game! Well… win as in… do whatever you feel like and not get punished for it.   http://duckracy.com/podcast/in-the-rhythm-of-disco/ 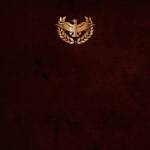