Ape Out is a top-down smash ‘em up game where you play as a trapped ape on a rampageous escape from your human captors. Featuring a simple yet bold art style and a dynamic jazz soundtrack, Ape Out certainly boasts an appealing aesthetic. Is Ape Out as intriguing as its visage suggests? 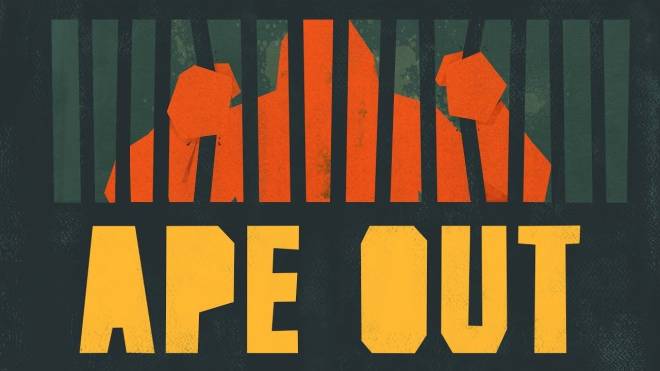 Gameplay in Ape Out is simple and streamlined. You must navigate your way through a maze-like level while evading or annihilating the numerous human guards who block your path. There are a variety of different enemies, each posing its own offensive and defensive challenge. For example, one enemy may attack with a shotgun and be resistant to bullets while another enemy attacks with explosives and is resistant to close-combat attacks. This makes it so that many levels require a combination of careful strategy and quick reactions so that you can take out the priority targets and progress through the level. 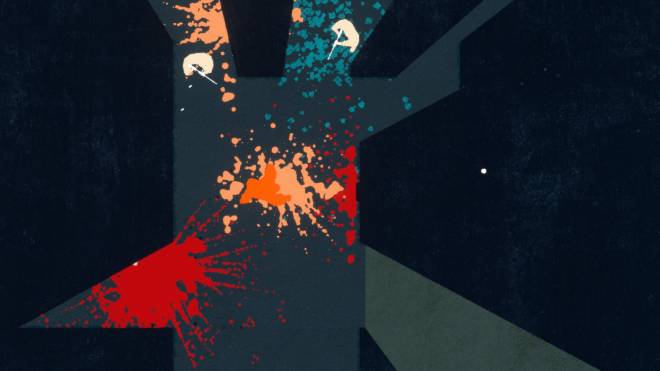 Each level seamlessly progresses into the next, making the game feel like one massive escape sequence. Although each stage goes from left to right and has a clear end point, the game does a great job of presenting itself as a high-paced, frantic adventure inside a massive labyrinth. Death is nothing to be afraid of in Ape Out. When you die, you are shown a map of the current stage along with the exact route you traveled before meeting your demise. You then restart at the beginning of the stage, but the stages are somewhat random so you might encounter some slight differences from your previous run. 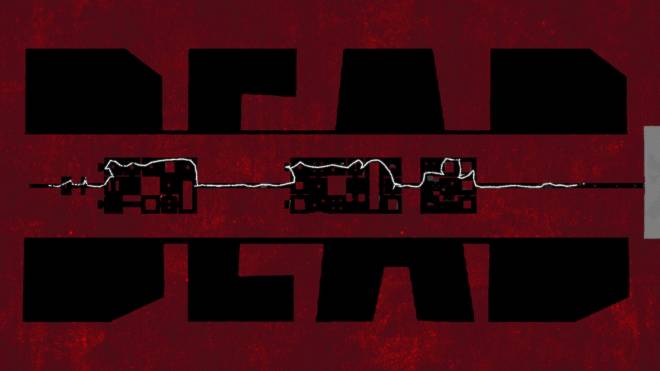 While I don’t really have any complaints about the gameplay, the appeal in Ape Out ultimately lies in its aesthetic. This isn’t to say that the game is only skin-deep, quite the contrary in fact, but rather that the aesthetic choices infect every aspect of the game and have more significance than meets the eye. For example, you have no health bar in this game. Instead, your character oozes out bright colored blood with every shot you take, leaving a progressively larger trail of blood behind you. 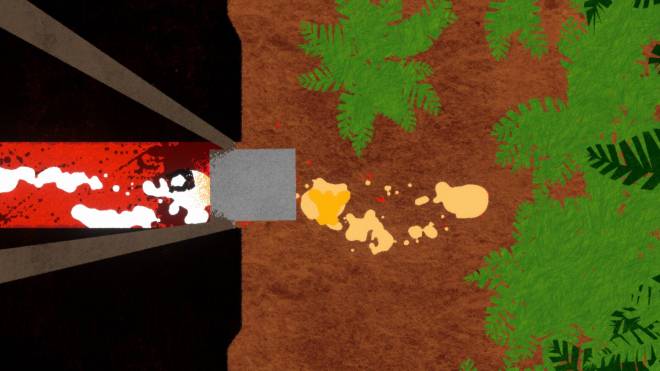 Ape Out isn’t a perfect game nor is it some revolutionary masterpiece that’s going to change your life, but as far as casual, beat ‘em up style games go, Ape Out is worth your attention. It does a great job of creating a unique and engrossing atmosphere while the frenetic pacing turns each level into an intense, nail-biting experience. The game starts out easy but quickly ramps up in difficulty and should prove to be an ample challenge for beginners and veterans alike.   Ryan’s Rating: 4/5   Ape Out retails for $15 and is available on PC, PlayStation 4, Xbox One, and Nintendo Switch.