Death Coming is a non-linear puzzle game where you play as a Reaper, a fallen human who must harvest souls as Death’s assistant in order to come back to life. I picked up Death Coming from one of Epic’s weekly giveaways which so far have been a mixed bag of everything from truly terrible games to some of the best games of all time. Where does Death Coming stand amongst the crowd? 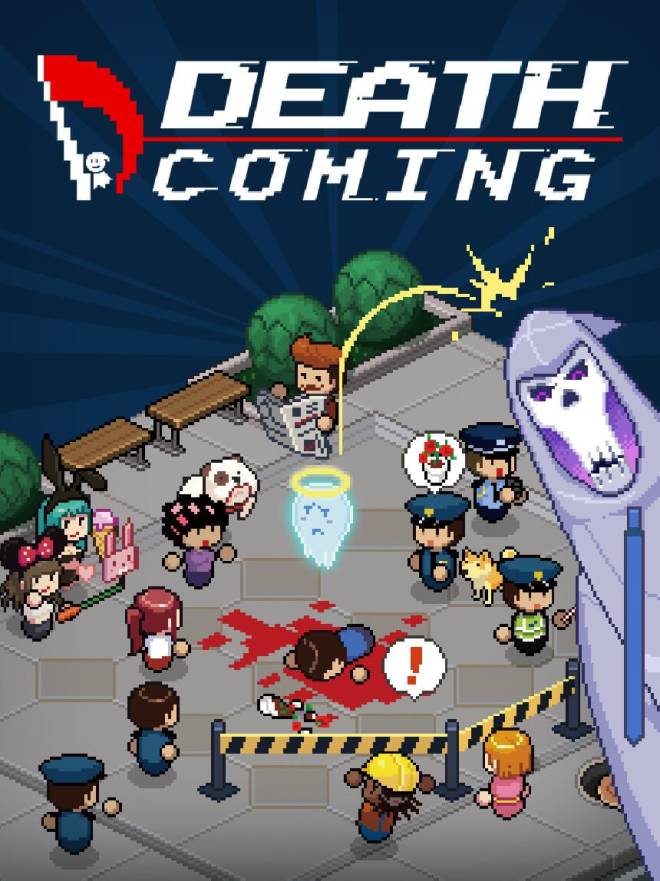 The gameplay in Death Coming is kind of like a combination of Hitman and Final Destination. In a God-like fashion you control various aspects of the environment, enabling you to create hazards that can kill your unwitting victims. These can range from complicated multi-step processes to something as simple as dropping a hive of bees on a group of unlucky dancers. 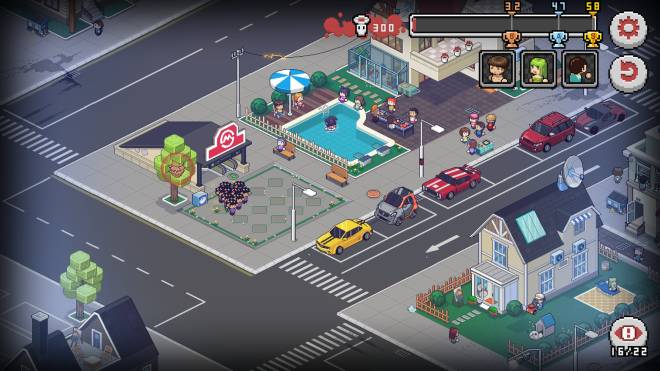 As you slay your targets, you’ll harvest their souls and be one step closer to coming back to life. It won’t be easy however. In each level you’ll need to harvest a minimum number of pedestrian souls, plus 3 specific special souls that are often extra tricky to get. While this mechanic does improve the puzzle aspect of the game, it comes with many downsides that far outweigh the benefits. For example, many of the hazards are timing based and can only be used once per level. This creates a situation where you may play out a 20-minute round only to find out that you can’t progress because you messed up one of your hazards at the start of the game and can no longer hit the soul minimum. 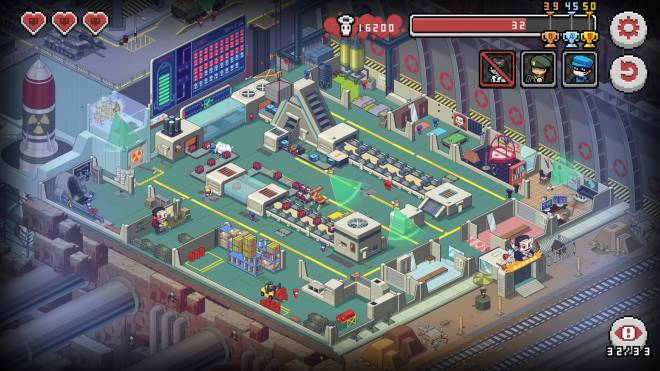 In fact, many things in Death Coming seem to cause more frustration than fun. The pacing of the game is pretty awful and each round takes far too long. On top of that, the cutscenes are dry, long, and largely unskippable. Things like the angel police attempt to artificially inflate the difficulty but in reality just make the rounds even longer. 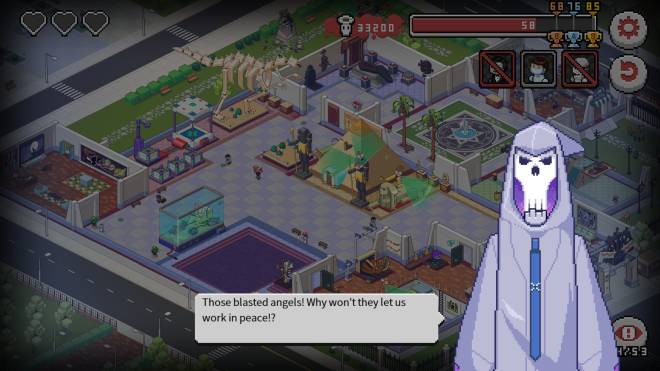 While Death Coming might have something to offer for the more patient types, I found it to be boring in pretty much every way. The story was not interesting, the gameplay was not fun, and the game feels like it offers little more than a brief waste of time. Epic Games has given out a lot of great freebies over the past couple years; unfortunately this wasn’t one of them.   Ryan’s Rating: 1.5/5   Death Coming retails for $6.99 and is available on PC, PS4, Nintendo Switch, and Mobile.   P.S. Speaking of good Epic freebies, be sure to grab GTA V this week which is free from now until May 21 from the Epic Games Store.