Crashlands is a 2D action-adventure role-playing game with an emphasis on crafting, combat, and exploration. While I didn’t know much about the game going into it, Crashlands is available for free on the Epic Games Store (from now until May 7) so it seemed like the perfect opportunity to give it a shot. 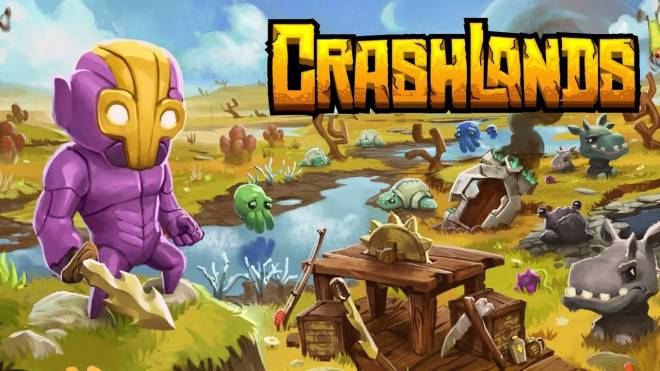 In Crashlands you play as Flux, a galactic trucker whose spaceship gets destroyed by the evil Hewgodooko. After crash landing on a strange planet, you must prepare to build your new home by exploring the area and collecting resources. You can use these resources to create tools and weapons which will help you navigate your strange new environment. 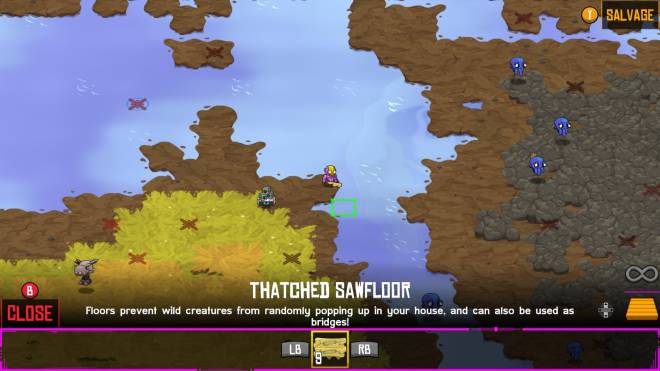 Crashlands is completely open world which is fun overall but can be a bit hit or miss at times. For example, it’s very easy to get lost in this game as there’s no minimap and many of the areas lack personality and blend together when exploring. To top it off: the map is enormous, it only updates based on the exact ground you’ve traveled, and your character moves extremely slowly which makes travelling in general a bore. While I do love that the game lets you travel back to your home (or to a waypoint) from any place on the map if you stray too far off the path, this feature alone isn’t enough to overcome the otherwise lackluster exploration which is, unfortunately, the core of the gameplay. 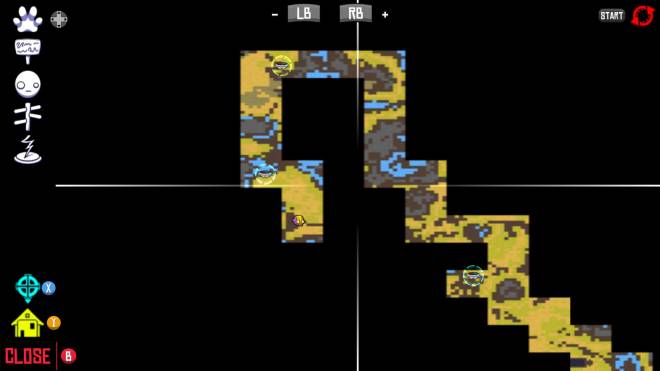 Where Crashlands does shine in comparison to many similar games is in combat. Unlike many farming/crafting exploration games where the monsters are simply blobs in dungeons who just run at you, the monsters in Crashlands have unique attacks and interesting mechanics. Most monsters can 1-shot you at all stages of the game which makes combat require your full attention. Again, this has its pros and cons as it makes the combat much more interesting but also detracts from the otherwise chill and relaxed atmosphere of a crafting game. 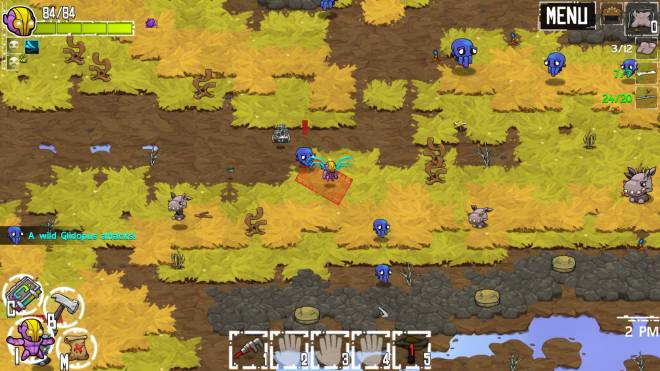 My first impressions overall are pretty meh. While I could definitely see myself lazily putting some hours into this game, I doubt I would ever finish it. In general I felt like Crashlands was designed entirely to be played on mobile and that many aspects that would be “features” on mobile turned into annoyances on PC. While I could see this being an absolutely incredible mobile game for its retail price of $5, I don’t think it’s worth buying at all on PC. That said, it’s free right now on the Epic Games Store so I’d still recommend downloading it yourself and giving it a shot.   Ryan's Rating: 3/5   Crashlands is available on PC and the Nintendo Switch for $15, as well as Android and iOS for $5. It is also available for free from the Epic Games Store from now until May 7.