Nuclear Throne is a roguelike top-down shooter where the goal is to fight your way through the increasingly difficult levels of a toxic wasteland on a quest to reach the Nuclear Throne. 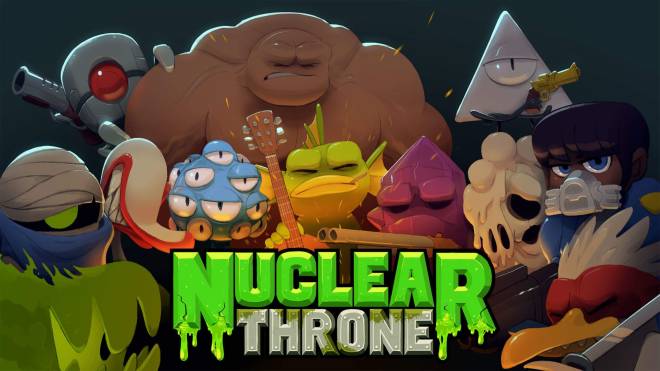 The gameplay in Nuclear Throne is extremely streamlined. Very much a bullet hell experience, your skills will be put to the test as you have to dodge enemy attacks while landing shots of your own. Although you only start out with a basic pistol, you’ll quickly acquire new weapons, some of which have special ammo and special abilities. Be aware however, ammo is a limited resource in this game and you can only carry 2 weapons at a time, so you’ll want to keep an eye out for upgrades and choose your loadout carefully. If you manage to defeat all your enemies before they kill you, you’ll advance to the next stage and will be one step closer to reaching the Nuclear Throne. 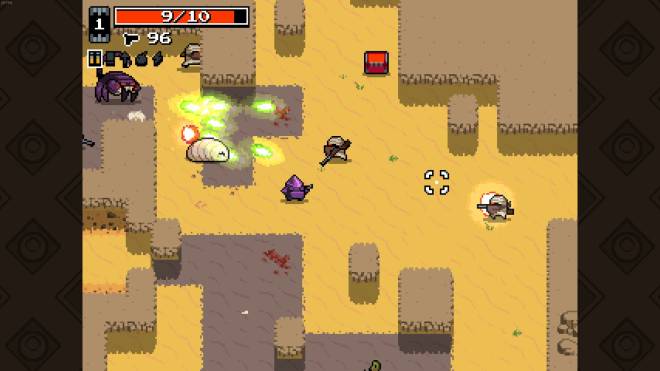 Your weapon loadout isn’t the only thing that you’ll want to choose carefully. Nuclear Throne features a unique cast of playable characters, each with their own special skills, and mastering these skills will be critical if you want to reach the Nuclear Throne. As you progress through the game, your character will be able to earn new abilities by collecting enough “Rads” for a mutation. Acquiring the right mutations is pivotal for success, but getting the ideal composition is much easier said than done in this roguelike experience. 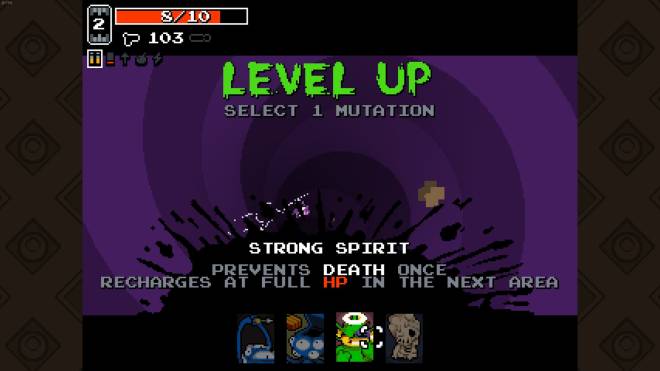 Speaking of success, don’t expect to find any. Nuclear Throne is brutally difficult and constantly throws new bosses and mechanics at you to thwart your advances. As with all roguelikes, when you die in Nuclear Throne you are permanently dead and it’s game over. You will frequently feel like you’re finally getting the hang of things only to wind up dead just a few seconds later. As you pass through stages you considered impossible and reach even higher levels, you will inevitably come across new, unexplained mechanics which will lead to your demise. This game doesn’t tell you anything; you must learn everything the hard way. The hard way is, in this case, permanent death. 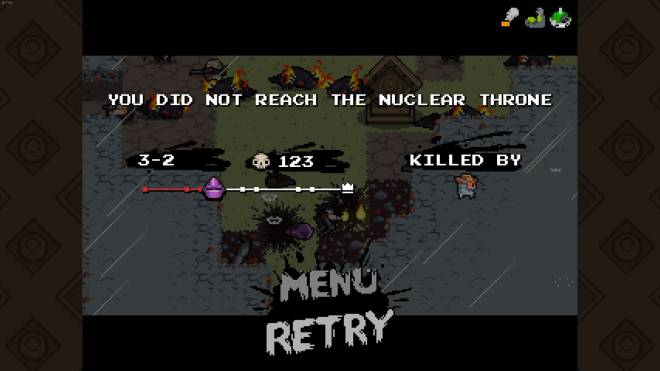 As far as roguelike top-down shooters are concerned, Nuclear Throne is among the best of the bunch. Gameplay is varied, fast paced, and brutally difficult. There’s always a new strategy to try and each character feels truly unique. There is a bit of “unfairness” in the game as it features many unexplained mechanics that will instantly kill you, but many roguelikes feature “learn by dying” gameplay so this shouldn’t feel unfamiliar to fans of the genre. Overall, I’d recommend Nuclear Throne to anyone who enjoys top-down shooters or bullet-hell style games, but if you’re not typically a fan of those genres then you’ll probably find Nuclear Throne to be more frustrating than fun.   Ryan’s Rating: 4/5   Nuclear Throne retails for $12 and is available on PC, PS4, PS Vita, and Nintendo Switch.