Ryan's Always Right: Into the Breach

Into the Breach is a turn-based strategy game from the makers of indie classic FTL: Faster Than Light. While I loved FTL, Into the Breach is a completely unique game and is not in any way a sequel. That said, I had high hopes for this game considering the quality of the developer’s first project. Did Into the Breach live up to my expectations? 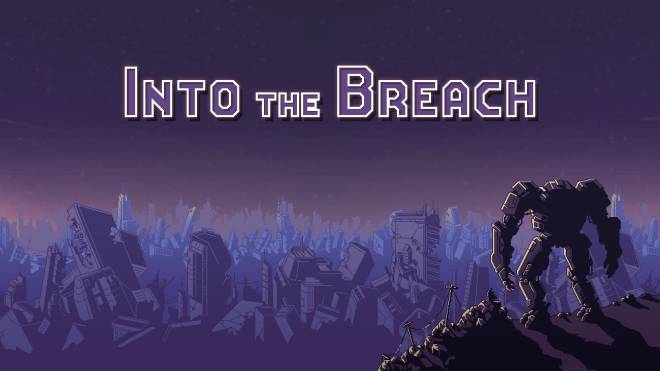 In Into the Breach, the player controls a 3-unit mech army and must fight off the enemy “Vek” in order to save humanity. Defeating the Vek won’t be easy however, and you’ll need to expertly command your squad in order to achieve victory. Each squad has a special characteristic and synergy, with each individual mech unit offering a unique set of skills to assist the team. Each mech also has its own pilot or "Time Traveler" who can level up and provide extra bonuses. 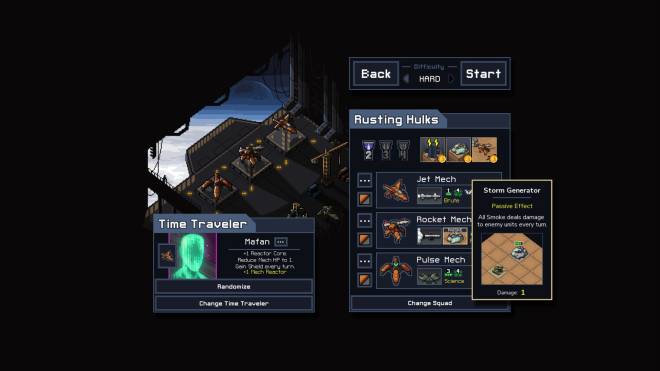 Contrary to what you may ordinarily expect, you don’t need to kill all the enemies in order to win a battle. The round always lasts a specified amount of turns and as long as you survive until the end, you’ll be declared victorious. This is because your primary objective isn’t necessarily to kill the Vek, but to protect the townspeople and to maintain the power grid that keeps your mechs operational. Each city also provides its own unique challenges that aren’t necessary for victory, but provide various rewards if successfully completed. 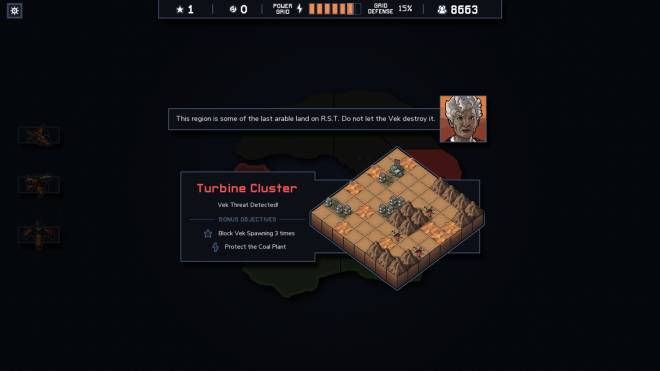 In this game there are no surprises; everything is telegraphed. You know what enemies are on each island, you know which objectives are in each city, you know exactly where the Vek will spawn and exactly where they’ll attack. This means that success or failure all comes down to your decision making and how you choose to approach the game. If you go for a risky objective it might pay off in the long run, but it could also make you lose the game in an instant off of one wrong move. 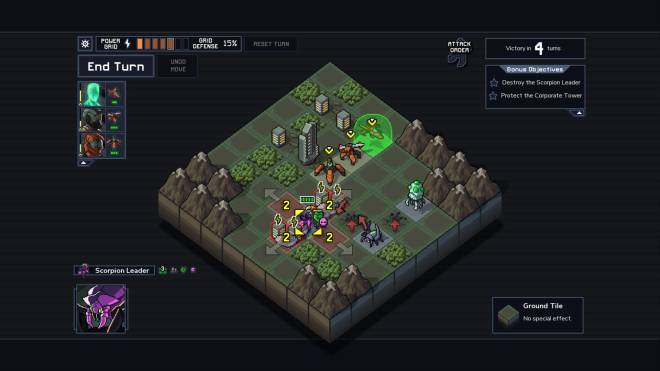 While the gameplay itself is very straightforward, it provides a lot of nuances and offers a surprisingly deep level of strategy. It may not be too difficult to achieve a 2-island victory on easy easy mode, but you’ll likely need a thorough understanding of your synergies and mechanics combined with near-optimal play if you want to achieve a 4-island victory on hard. This makes it feel very rewarding to discover new tactics and improve at the game which, along with the multitude of different squads and achievements, greatly increases the game's replayability. 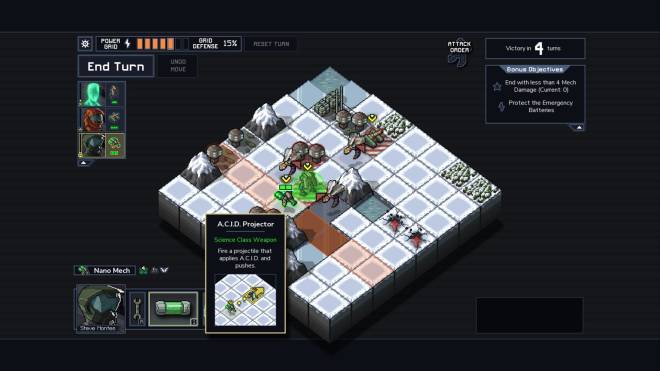 Into the Breach takes simple gameplay and turns it into something spectacular. The layers of depth aren’t readily apparent, but once discovered they offer an incredibly engaging experience with tons of replayability. While the game isn’t without its weaknesses, the core gameplay loop is fantastic and will likely keep you entertained for an absurd amount of time. In fact, I ended up completing every single achievement in the game; that’s how much I enjoyed Into the Breach.   Ryan’s Rating: 4.5/5   Into the Breach retails for $15 and is available on PC and the Nintendo Switch.