Temtem is quite a treasure in an age where the selection monster collectors are somewhat limited: Pokemon still reigns supreme, Shin Megami Tensei is MIA and Digimon is seldom around and often quiet.   Temtem, much like its Pokemon counterpart, starts off in a small town in which your character begins their adventure on their "Appretice's Eve", voyaging into the greater world where they’ll train and catch Temtem, fill their Tempedia and battle other Temtem tamers all while unraveling the secrets of the Airborne Archipelago.

Right off the bat, the numerous similarities to Pokemon are uncanny, almost to the point where I honestly feel like I’m playing Pokemon. This isn't a bad thing, mind you - the familiarity makes the game easy to get a feel for. The differences that stood out to me are unfortunately small nitpicks that I had, and I’ll admit I had a difficult time pinpointing whether I was genuinely miffed by them or if I’ve just been too well groomed by Pokemon for 20 years of my life. Battles in Temtem are all 2v2, and synergizing your team is a large part of your success. Elemental types, weaknesses and resistances are all still present. There is no ‘counter-swapping’ which is a change to I find to be most welcome, as a great deal of my suffering in Pokemon PVP was rooted in players hot-swapping their picks until I was stomped. (I also was never a PvP Pokemon master. I did catch ‘em all, though!)

Rather than Power Points (PP) dictating the amount of moves used, Temtem uses “stamina”. Running out of stamina “overexerts” your Temtem, and they take damage for using moves - adding an additional layer of strategy to planning and executing commands. The grind and leveling in Temtem is surprisingly demanding, though level discrepancies between opponents seems to have little effect on a battle (until you’re about 10+ levels different). Your grind is rewarded though, as your team grows and you eliminate stronger opponents you'll definitely feel accomplished. 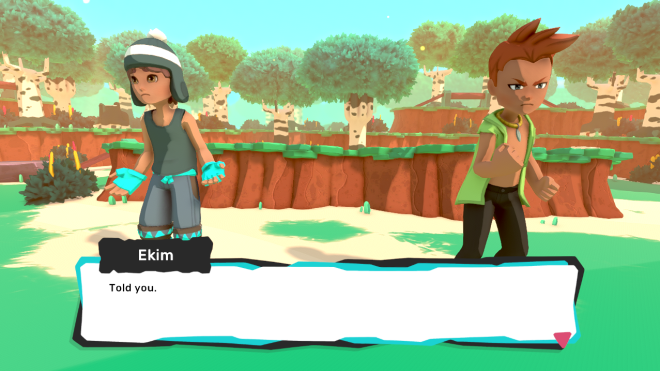 Adventuring in Temtem brings something to the table that I am a sucker for, which are quests. Quests on quests on quests. RPG-style questing is highly prevalent in Temtem, and while there is minimal difficulty (fetch quests, anyone?), you are given an incentive to roam the land and discover, chatting up locals and taking in the sights and sounds of the Airborne Archipelago.

While it's certainly difficult to play Temtem without constantly comparing it to Pokemon, the game does do itself justice as a new challenger to the monster-collecting genre. The game presents itself in such a way that it's clear its ambitions are high. Despite my own personal disdain of its visual stylistic choices, it's an undeniably beautiful and well-crafted game, and most importantly, the game is fun. The adventure is sweet, the characters wholesome, and the monsters are pretty adorable - even if some are a bit bland.

Would recommend, 3.5 / 5.   Temtem is available on Steam, and currently exclusive to PC. 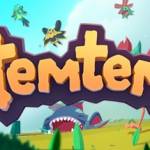