Ticket to Ride is a video game adaptation of the classic board game of the same name. In Ticket to Ride, your basic goal is to outscore your opponent by connecting different cities via train routes. Although I’ve never played the physical board game, I do enjoy board games in general and Ticket to Ride is currently available for free on the Epic Games Store, so I figured I would give it a shot. 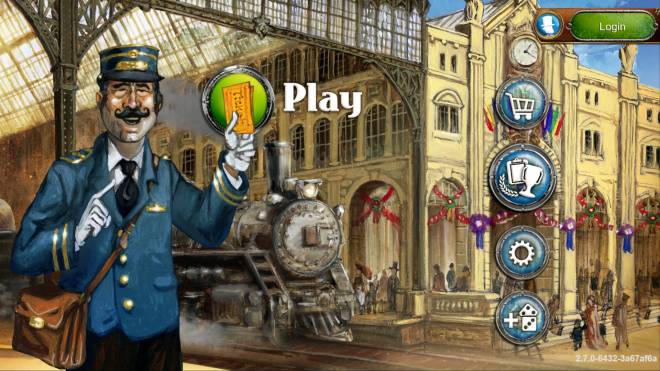 The gameplay is fairly simple and mirrors that of a board game. You have a deck of cards, and each card is a train of a random color. By collecting enough train cards of the color you need, you can place them on the board and claim a route. Each route you place earns points, and you get bonus points by connecting the 2 cities on your train ticket. At the end of the game, each player’s points are tallied up, and the player with the most points wins. 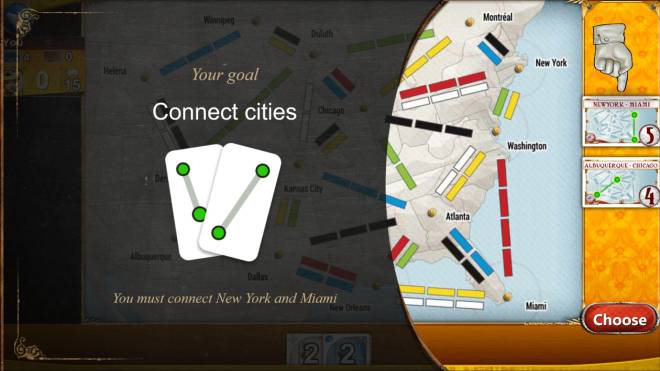 For a game that’s nearly a decade old, Ticket to Ride severely lacks polish. I encountered so many instances of bugs and UI errors. For example, look at the "All players" text in the image below. These sorts of things are all over the game, and it gives the impression that the developers really don’t care about their users or the product. 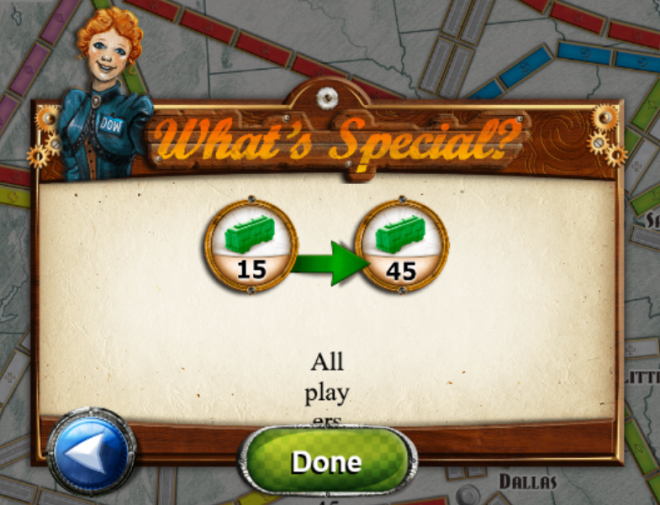 Do you like variety? Well too bad. While the game has about 15 maps, you’re only allowed to play one. If you want to try a different map, they cost $5 each and you can't unlock them in-game. It’s such a blatant cash grab and the maps aren’t actually any different; the cities just have different names. 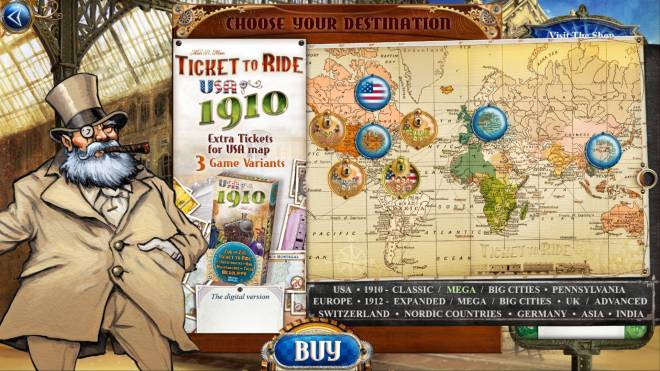 The worst part of it all? The gameplay isn’t even fun. There aren’t any difficulty settings and the AI just randomly places pieces on the board with absolutely no strategy whatsoever. It’s borderline impossible to lose. Not only that, but you constantly get spammed with pop ups during your turn. It’s like the developers did everything they could to make this game as anti-fun as possible. I feel like the only reason to play this game would be if you’re already a fan of the physical board game and want to play it with your friends who live far away from you.   Ryan’s Rating: 1/5   This game sucks. Which is really a shame because, by all accounts, the board game itself is actually really fun.   If you think I’m being overly harsh and want to try out Ticket to Ride for yourself, you can get it for free on the Epic Games Store from now until February 13. As always, be sure to follow me for next week’s review!