The Talos Principle is a puzzle game at heart, but it amounts to much more in soul. The game begins in the garden of a strange world, where mystery is plentiful and information absent. From the very beginning the Biblical allusions are evident. A booming voice in the sky, Elohim (which means God in Hebrew), explains that you are blessed, a chosen one, and tells you that everlasting life is within your grasp. A computer lies nearby with cryptic and corrupted files, suggesting that there is truth beyond what Elohim tells you. Will you heed Elohim’s word and follow his path or will you eat from the tree of knowledge in an attempt to usurp your God? 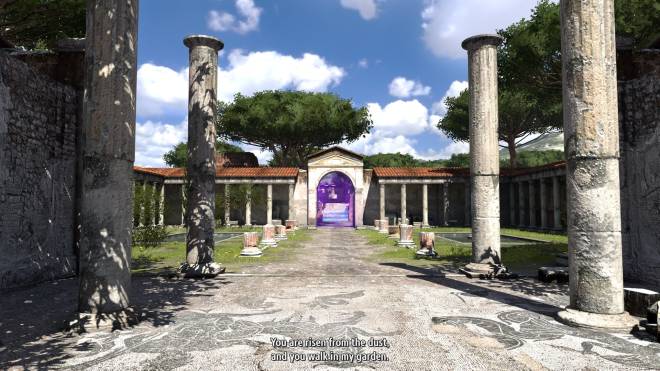 I won’t go too in depth into the gameplay itself; it's fundamentally a 3D puzzle game. You use your expanding arsenal of provided tools to solve spatial puzzles of varying difficulty. These puzzles might have you bend light, overcome gravity, or cleverly pass autonomous enemies in order to gather the key at the puzzle’s end. These keys can either be used to follow the guidance of Elohim, expand on the work of those before you, or to pave your own path. The puzzles are, by and large, very, very fun. Your mind will be tested and twisted, your limits will be pushed, and you will fail. You will undoubtedly encounter puzzles that you are convinced are impossible. Your first red keys will be a nightmare. It’s okay, it’s all part of the journey. 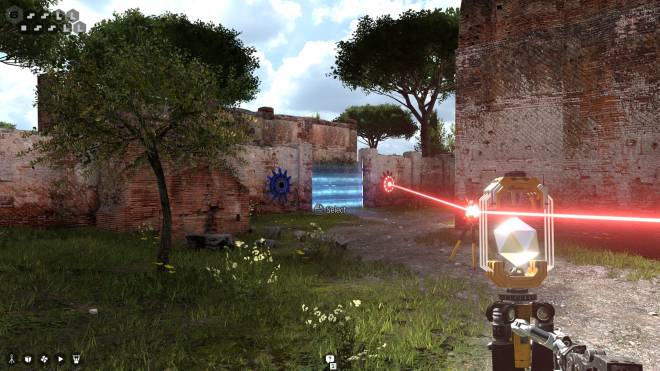 As I explored the world and tried to uncover its secrets, there was a certain point when The Talos Principle clicked with me. I can’t say exactly when that was, and it will differ for each player, but I can say with certainty that every player will experience that “aha” moment. When you realize the puzzles aren’t about the puzzles, when your mind begins to see the bigger picture, and when you realize the game isn’t a game; it’s life. 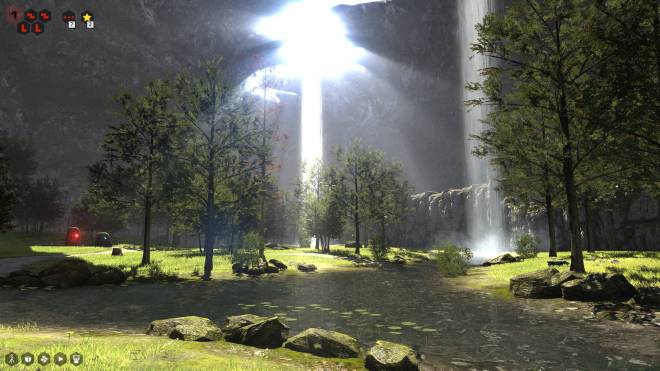 Yes, you’re a robot AI. Yes, you don’t know why you exist. And yes, you don’t know what’s real. In fact, you don’t truly know anything at all. Then you realize it’s not just your robot character in the game that feels this way; it’s the human experience in real life. There aren’t many games that make you think existentially, that push your philosophical comfort zones and force you to address the tough questions that are typically reserved for drunk nights and funerals. Most games are simply that: a game. The Talos Principle is something more. I don’t want the game to seem depressing; it’s not. It’s inspiring, it’s motivational, and yes, it is a bit sad. What does it mean to be human? What does it mean to be human if there are no humans left? Is mankind an experiment worth continuing? We’ve constructed so many societies and philosophies and religions to address these questions. How could a video game make you think like Descarte, dazzle you like Einstein, and leave you in sorrow like Nietzsche? Especially a PUZZLE game! I’ve completed 3 playthroughs now, each with an alternate ending, and I’m still not sure how the developers managed to pull this off. 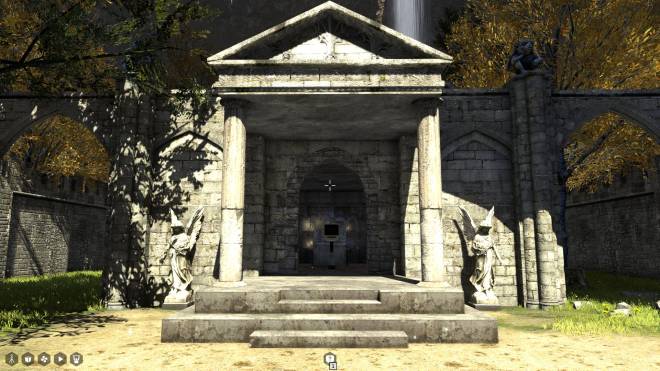 To put it quite bluntly, The Talos Principle is one of the greatest games of all time. It not only pushes the limits of your mind through its incredible puzzles and gameplay, but it also pushes the boundaries of your soul through its intimate existential exploration of the human condition. It’s not often that you play a game that can change your life. This is one of those games.   Ryan’s Rating: 5/5   Seriously, play this game.   And as always, be sure to follow me for next week's review!