Running much to the counter of my usual guides, today we’ll be focusing on what NOT to do as a survivor trying to climb to rank 1. This is something that I notice most survivors do when they’re on auto-pilot or just plain bad, but is never something I come across when playing against 4-man sweat squads given how quickly it will lose you matches against a decent killer. It’s over-altruism, and you’re almost certainly guilty of it.   First, what is over altruism?

Over-altruism is when you prioritize altruistic actions, such as healing, unhooking, flashlight / pallet saving, or body blocking to a fault. This often comes in the form of survivors rushing unhooks, but can also take shape in the way of survivors constantly healing each other every chance they get or abandoning gens to tank a hit for their teammates.   The reason I’ve decided to talk about this topic is simply because I feel there is no bigger game changer than when one survivor decides to play this way in a game. If I’m up against a great team who’s in a winning position, all I need as a killer main is for one weak link in their chain to make one of these mistakes and I’m likely to take over the match. And every now and then, when I do play survivor, I notice that randoms tend to play like this more than anyone else, so it should be a decent topic to run over for most of you.   What are some easy ways to avoid making over-altruistic plays?   Well, firstly, it's important to recognize when and WHY these plays hinder your team so much. The most common example, or or more teammates rushing an unhook, is an easy way to portray the issues with the style: If one or more teammates are coming to unhook you as SOON as you get thrown onto the hook, the killer is achieving a couple of things without even trying. First, he or she is pulling two extra survivors off the generators for free. Second, the killer is being given one or *or more* free chases right after hooking a survivor. Both of these issues combined means a lost game is sure to follow.   Think of it this way, if you’re being face camped (or proxy camped) by a killer, the last thing you’d want to have happen is for that killer to be rewarded for their camping. You’d want them to be punished. And the only way that can happen is if 2 or three survivors stick the generators until it’s of reasonable safety to attempt an unhook. Because of this, I can recommend nothing more than Kindred as a perk. 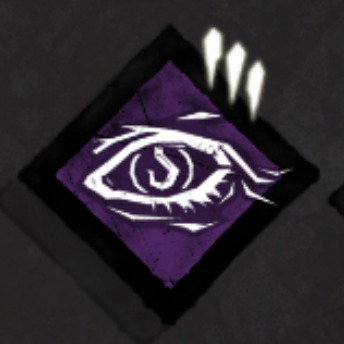 Kindred reveals all teammates to each other and yourself when you go up on the hook or, if someone else is on the hook, teammates are revealed to you. As a bonus, the killer’s aura is revealed when he or she is standing within 16 meters of the hook you or your teammate is on. This alone makes bad plays auto-correct for themselves. Not only this, but it makes good plays more efficient. You no longer have to guess whether or not a teammate is going for an unhook, and you can use that extra info to either make a smart play earlier, or stop yourself from making a poor play to begin with.   In the interest of time, I’m going to lump the rest of the issues surrounding this playstyle together and cover them off quickly.   #BecomingaSlug

Most survivors tend to think that a killer slugging is considered, in part, to be a BM play. In reality, slugging is a result of survivors playing their hand so early that a killer really have no choice but to slug if they want to capitalize on the survivor’s mistake. Usually, this takes the form of a survivor rushing to make a flashlight save without proper immersion tactics, or rushing to pick up a teammate without knowledge of where a killer actually is in relation to their downed mate.   The fix? Approach these situations at an angle where you can assess the whole game and it’s risk vs. reward, or don’t approach them at all.   #Over-healing Yes, over-healing is a thing. It happens when you choose to heal up teammates so much that all the killer has to do to stall out the game is basic attack you over and over again while getting a hook *once in a while*.   Sometimes, the better option is to stick to a generator, or a totem, or to look for one of the two. Or simply set up shop in a strong tile to prepare for a chase. Remember, just because you’re injured, doesn’t mean you’re weak. Stop healing so much and stick to those objectives.   #GeneratorAbandonment Sounds like the title of a bad PSA ad for gens.   Just because your teammate is hooked, or on the ground, or in a chase does NOT mean helping him or her is the right thing to do with your time. In about 99.99% of situations, the best thing to do with your time is to stick to the generator you’re on until it’s complete.   And the other .01% of the time, the play will be so obvious that you’d really have no other choice than to make it. Remember, completing a generator will get you *closer* to victory, while tanking a hit for a grabbed teammate will usually only push you further away.   That’s it for today. Remember, helping your teammates doesn’t only take the form of healing and unhooking. Completing objectives, drawing the killer away from focus points, and extending chases for as long as possible while using a minimum amount of resources is the strongest way to aid them. Too much of the former and too little of the latter turns what is altruism into over-altruism, or, simply, no altruism at all.   GLHF, -E