Happy, days, ladies n’ gents. How was your Halloween? In celebration of the holidays, I’ll be going over a killer build that encompasses a spooky Hex build. Is it good ? Sometimes. Does that matter? Heck no, you’re being a spooky Halloween slapper, not sweating. So don’t worry about it, these ingredients are for fun, not for 4ks. Speaking of, let’s start with the first one.   #Hex:Undying 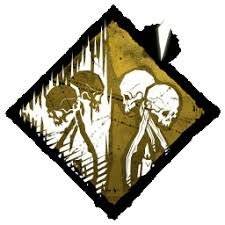 Of course, why wouldn’t we run Undying? This hex perks makes it so that any other hex perk that is cleansed is sent to a dull totem on the map. This effect is pretty self explanatory, and while there isn’t much to go on for it now, it’ll become more and more interesting as we build the rest of our kit around it.   Moving on.   #Hex:Ruin 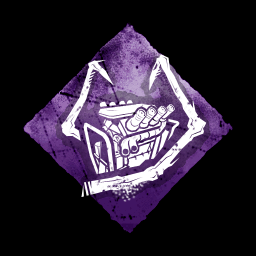 I’m sure you were ready to see this perk here. Hex: Ruin is a perk that forces generators that aren’t being worked on to auto regress without killer interaction at a 200% pace. By itself, it’s considered a great perk. In this build, it’ll be your only real means of pressuring gen regression aside from directly downing people.   And of course, Ruin has a good chance at accruing more value than it otherwise would when working in tandem with Undying. But you might be wondering, what with the mention of these Hex perks, will there be any room for info perks?   #Yep (Hex: Retribution) 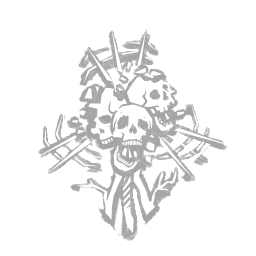 Retribution is a hex perk that reveals all survivors whenever a Hex perk is cleansed. Needless to say, this perk will likely net you a ton of value over the course of a match. That’s the running theme with this build, really. Running a single hex perk *might* give you some good value, but might also flop. Aside from just being thematic, this build also aims to push as much of that gambling hex spirit into itself as possible.   After all, one failed Hex perk in this build just means that success of another. Speaking of another:   #Hex: Blood Favour

Blood favour, while active on the map, blocks all pallets within a 16 meter radius of a survivor who’s struck by a basic attack. The perk has a cooldown of forty seconds at tier 3 and is thrown into this build simply to aid you in chases, since you don’t have Brutal Strength or enduring to ease the pallet abuse.   Aside from that, this perk also serves to annoy your opponents and cause their greed to sky rocket. A team of survivors who knows you’re running this perk might be encouraged to throw pallets *extremely* early, which means you can eat through them with a minimal time investment. Though this much depends on the skill level of the survivors themselves.   In summary, this build has a lot of potential even when considering it’s weaknesses against experienced survivors who might not be so quick to cleanse Totems. The value that can be accrued through Ruin, Retribution, and Undying is capped so highly that the survivors are actually forced to make a decision when it comes to what they want to give you. I.E. Ruin value by ignoring the totems, or value in the form of giving Undying it’s replacement value (Which can only happen once in this build, but is still worth running). Basically, this build takes the inconsistent nature of Hex’s and makes them *slightly* less volatile. Use this power wisely.   Before we end off here, I’d like to, as always, give a few recommendations as to which killers work best with this buld. Starting with our good boy Billy.   #Billy He can M2 for an insta down, or to quickly roam to a broken Hex totem to capitalize on the Retribution Value. He can chew throught pallets, which sures up the Brutal Strength weakness, and can M1 easily with his standard 115% movement speed.   #Nurse I mean, c’mon. It’s similar story as with Billy, except Retribution it’s 200000% more powerful on Nurse. She’s debatably the strongest killer in the game, and this strength is only going to show itself in extraordinarily obvious ways as you 360 hip fire basic attacks through 4 sets of walls with this build.   Honestly, playing her with this build might be pretty mean.   #Demogorgon   Keeping in theme with this build, the demo is a sneaky-stompy-protect-the-totems kinda boy, and we love him dearly. Set up your Teleports around the totems and watch as the game unravels into a game of cat and mouse while you go to a fro target areas while the survivors desperately try to undo your holiday plans of Hexing their lives away.   He can chew through pallets, chomp survivors from a distance, and has reasonable map pressure. Plus, he’s just a lotta fun. Bonus points for you Demo mains out there.   GLHF, -E