DBD Guides: Playing Against The Blight

Against most killers, utilizing vaults and distances as soon as they are available is the most optimal strategy to extend the lengths of chases. This is the logic that has prevailed survivors for the longest time and is the habits they are used to.   This is also the logic that can get survivors caught out and in trouble when they play against The Blight, who’s kit is extraordinarily unique and is pretty confusing when trying to figure out what exactly the proper playstyle is against him. 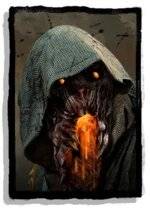 With that in mind, let’s go over the three strategies that are necessary to employ when you come against The Blight.   #1) Avoid long distance W strats This seems like common sense, but we’re going over it anyway because it seems as though even rank 1 survivors keep making this mistake. You CANNOT rely on throwing a pallet and sprinting away even if you feel you’ve made your trajectory difficult for The Blight to aim at. A good Blight will always cut your escape short, meaning you shouldn’t rely on distance, you need to rely on loops.   This leads us to our second strategy.   #2) Learn to get greedy.

The Blight cannot put you down in one hit from a healthy state. This means that you should always be greeting out pallets and windows whenever you get the chance, and if you have the choice between taking a hit or throwing a pallet, you should seriously consider taking the hit instead.   A Blight in the late game that has to patrol one of three generators is far FAR weaker when there are pallets up in strong tiles considering a hit doesn’t net him any downs right away. . Instead, opt to abuse as many window vaults and immersion tactics as you can.   This tip basically comes down to the opposite advice I’d give you against a killer like Billy, who’s power can insta-down you if you’re not careful. Don’t panic, wait for good opportunities to use resources that aren’t one time uses, and don’t put yourself in a situation where distance is the resource in question.   #3) Turn around, dummy. 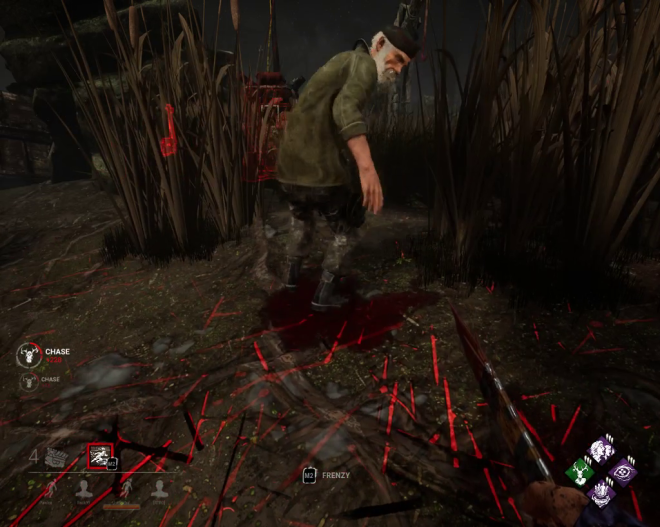 The Blight’s power is utility and macro pressure, it isn’t good pressure in a loop. Or at least it isn’t against a good survivor. The reason for this is simply because a good survivor is going to have his or her head on a swivel and will be ready for whatever play a Blight makes.   The Blight’s power’s design means that, at least 90% of the time, for a killer to catch you out with it, you need to be either in the open or you need to misplay. The 10% of the time, when he does catch you in a loop, he might have just made a really creative play and there wasn’t much you could have done. But aside from those, yeah, you probably messed up somewhere. And that usually begins with not having enough info. (pic of jungle gym) Before vaulting in a jungle gym, check to see if the blight is lining up for a play beyond the window. If he isn’t, take your vault. If he is, wait to see if he readjusts to call your bluff.   If you have no other options but to try and make a mad dash for another tile across the map, keep your back turned and check to see if The Blight has begun using his power to cut you off. You might not be able to make it to another strong tile, but you can certainly try and make a play by baiting him into using multiple dashes, thus extending the chase for a few more precious seconds.   None of these tips can be employed if you don’t turn your camera around while running, so get to practicing.   GLHF, -E