What used to be considered the strongest tile in the game is now usually referred to as ‘one of’ the best. Contemporary DBD has uncovered the truth that in comparison to the Killer Shack, tiles like the Cow Tree or a simple Jungle Gym can be used to greater effect. That said, there’s a lot players don’t know about the Killer shack, so we’ll be going over 5 different tips to help abuse its safety to extend chases into an easy victory.   #1) If you have to choose between throwing the god pallet and taking a hit, take the hit. 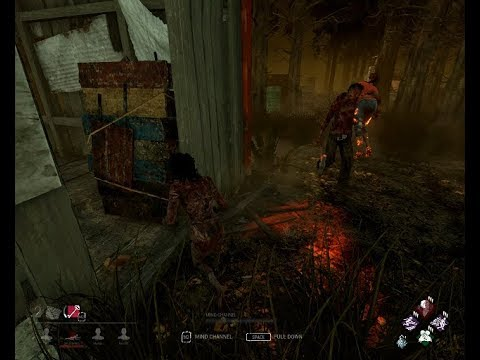 Unless it's the late LATE game and you’re trying to make a chase last long enough for the final gen to pop, don’t throw that pallet unless you’re about to go down. If the team you’re playing with is competent, you might even want to choose going down over using the pallet. It’s THAT strong of a god pallet. (That’s why it’s called a ‘god’ pallet, you know.)   As you’ll see, the pallet itself turns what is a pretty straightforward loop into a god-like killer shack. Without the threat of it, the tile itself is infinitely more dangerous. If the game isn’t hanging on you throwing the pallet, don’t throw it.   #2) Always enter Safe-Side. 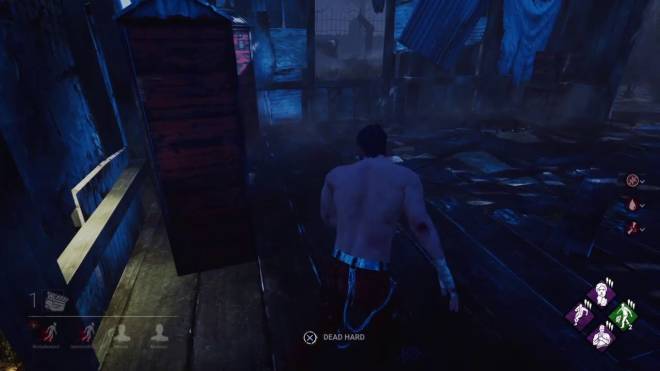 If you’re in a chase, and you’ve got the time, try to maneuver so that both you and the killer have to mindgame the Shack window through Safe-Side. This means that entering on the side without the god pallet should always be your first objective, aside from never throwing the pallet itself.   From there, prioritize utilizing the window for a mindgame with the killer. If you’re successful (which you should be, since the gap between the window and entrance is big enough to allow some time for reactions) repeat the process.   #3) Repeating the Window loop is good, combining it with another tile is best.   From time to time, you’re going to get killer shacks that spawn close enough to another tile to allow you to vault through the Shack window and, instead of running around to Safe-Side again, run to another tile entirely. This is what’s called ‘tile-chaining’ and can be used to effectively make a chase unmanageable for most killers.   I can’t promise this will work 100% of the time against a Nurse or a Spirit, but it’s still a good option when looking to make the most of the resources around you.   #4) If you think the killer might be vaulting into the shack as you approach Safe-Side, run around the back of the Shack as a safety move. 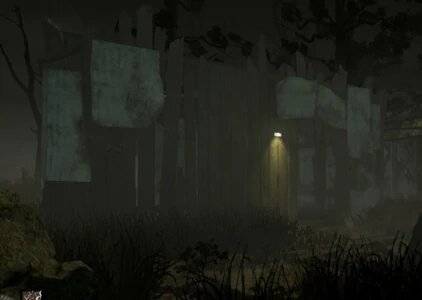 This one sounds complicated but is very simple once you see it in action. What you’re essentially doing is risking the god pallet in exchange for cancelling out the mindgame in the Killer Shack. The killer can’t catch up to you to get a hit before you reach the god pallet at the other side of the loop, whether or not he’s vaulting or continuing a chase with you around Safe-Side.   Keep in mind, this option is a tad riskier with the new maps blocking vision through the backside of Shack, so measure the heartbeat and do your best to keep eyes on the Killer’s movement!   #5) If there is a generator near the Killer Shack, don’t complete it until the End Game.   This one might sound counter-intuitive, but let me explain:   Suppose you’re the killer. If a Survivor is running to the Killer Shack, which still has the God Pallet up, and there’s no generator near the Shack itself, are you going to spend your time chasing that survivor?   The answer SHOULD be “no”. And it should be a resounding “no” with a vacancy for argument. There’s no resources to be won at that chase except in special circumstances (It’s the last survivor, for example) and you’re going to lose the game wasting time there if the other survivors spend any reasonable amount of attention on the generators elsewhere on the map.   Now consider that same situation, but with a generator nearby. The survivor sticks on the generator and gets it to 50% completion. You approach the survivor (as the killer, remember) and he or she runs to the killer shack. There’s two other generators left on the map, not including the one the survivor you just found was working on, and if any of them pop you’ll likely lose the game.   Do you see where this leads us in game theory for the Killer? The Killer either HAS to let you work on that generator and accept that the game is done for in 40 seconds or less, or he HAS to chase you in the Killer Shack, where you can easily buy 40 seconds worth of time for your teammates to effectively end the game elsewhere.   It’s a matter of risk vs. reward for the Killer AND Survivors. The rewards for you, a Survivor, are always going to be in the form of time, so keep the objectives you spend your time on (namely, Generators) near the safest possible positions. The early game should be spent completing generators that are either close to each other or are in dangerous positions. The late game is when you want absolute safety, and it's for this reason, and the strategies listed above, that the Killer Shack is your best friend.   GLHF, -E