The Deathslinger is Terribly Fun (And Terrible): Dead by Daylight

Happy March, everyone. Hopefully you’ve gotten enough time with the Chains of Hate update to get a feel for the new killer and perks. If you’re anything like me, the yeehaws and straight shootin’ has been nothing but fun. The Deathslinger is a prime example of how to make a killer both fun for survivors and killers to play, with a high skill cap and counter play for both sides to practice on. 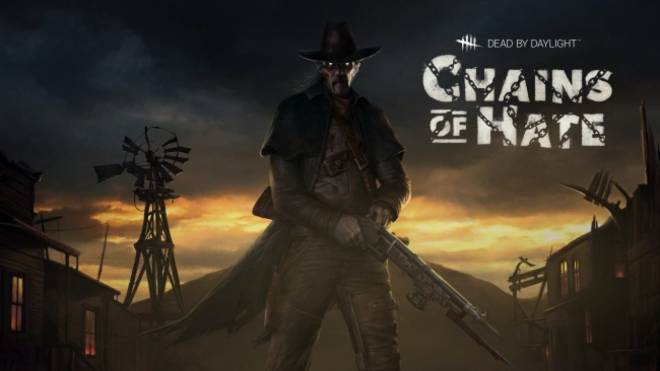 What our root’n toot’n point n’ shootin’ friend of patch 3.6 ISN’T a good showman for is a competitive edge, unfortunately. A lot of the killer’s problems stem from the fact that, despite being a killer with a powerful 1v1 ranged ability, he cannot patrol the map at a reasonable pace.   You can argue that this is an issue with map design or that the killer wasn’t given any mobility to compensate for his slow movement speed, and you’d probably be right in both cases. The point, regardless, is that if survivors spread themselves out and force you to spend your time traveling from separated generator to generator just to get into chases you’re going to be wasting a lot of time just struttin’ to the saloon, so to speak.   Before moving onto the other main issue with the killer, I’d like to talk about some solutions to his mobility issue that could help mitigate his downtime.   Firstly, looking at Demogorgon and Freddy, its apparent simply giving Caleb a teleport to individual gens would be consistent, but unimaginative. I personally think its a real shame BHVR missed the opportunity to play with the idea of a grapple-like mechanic in The Deathsinger's kit.   Imagine it, hooking a survivor only to turn around and spiderman your way to a generator across the map, leading into a swift spidey sense smack onto an unwary survivor.   Maybe that’s asking too much of a company that can’t handle the simplest of things (Iri heads are still in the game), but honestly I’m a dreamer and can’t help it.   Just to remind the nay-sayers who might call these idea’s overpowered, The Hillbilly has an on-command mobility chainsaw that can get him across the map quickly while also acting as a one hit weapon that has an extraordinarily low cooldown. That’s the standard that should be met with new killers (and old killer reworks). And for those of you who say that Billy is overpowered, you need to check out my New Survivor Crash Course, you little cuties: Dead by Daylight Promotions - Dead by Daylight Crash Course: New Survivors Chains of Hate releases on March Tenth and with it will come a boost in popularity and player base for Dead by Daylight. With the new players in mind, here’s a Crash Course revolving around learning the game from ground zero for both the survivor   Dear Newbie Survivors ~~~~~~~~~~~~~~~~~   Because of the way the current ranking system works, you’re likely going to be matched up against killers who know a thing or two about how to game works already, which might seem unfair, but just remember, it moot.us

That OTHER issue ~~~~~~~~~~~~~~~ The Deathslinger suffers from one fatal flaw that not even map pressure can fix. The speed at which he downs survivors is capped at something FAR too long to be considered competitive, even in the 1v1, at high levels.   Assuming a survivor is half sentient, you won’t be able to simply walk up to him/her and smack her twice to get a down. Odds are you won’t even be able to hit the survivor once without using your power. So what does this mean?

What it means is that you’re at the behest of your power’s speed to down a survivor. This is an issue because the power takes a millennium to use. Just for reference, The Huntress is the most directly relatable killer to The Deathslinger: she’s got a ranged power, she’s a 110% movement speed killer, and she doesn’t have any mobility to speak of, yay. So why is the Huntress considered more competitive than The Deathslinger?   Short answer, because with The Huntress, you can M2 an enemy player, and quickly follow up with an m1 for a short chase. If you can’t get an M1 in, you can always throw another hatchet or bait out a survivor’s jukes so that they lose their distance on you for an easy down.   Meanwhile, The Deathslinger can M2 a survivor, reel them in, M1 them, reload after the M1 animation ends, catch up the survivor in question as a 110% speed killer, then use your M2 again and, finally, reel in the survivor. After a few seconds you can then down them, assuming they aren’t clever with their positioning against your gun’s chain.   See the issue here? The Huntress may not have mobility, but she can at least down someone very quickly, if good enough. No matter how good you get with Caleb, however, you’ll never be able to down someone quicker with him than with huntress because his power simply doesn’t allow for it.   The obvious remedy is to reward godly Deathslinger players by giving them quicker reloads on successful hits, but there are a lot of idea’s to be thrown around that can fix such issues. The problem isn’t that the solutions presented in this article aren’t being used, the problem is that the devs aren’t considering ANY solutions the community would’ve had. And not just for The Deathslinger.   Mobility remains a big issue for most killers in the game, but there are unhealthy perks, addons, and maps that the dev team just isn’t shining a light on, probably because they don’t have the talent to tackle them in a timely manner. Its disheartening to see them unable to visit old aspects of the game that need fixing, but the fact that new content is being released with the same issues as the old content suggests that its not at all a lack of talent or budget, but the dev team doesn’t know their game well enough to understand how to properly balance it is. It’s worrying, and is an issue that affects (and will continue to affect) more than just The Deathslinger (even though he really is a lot of fun to play…)   GLHF -E