With a grand-scaled update on its way, you can bet that the meta in Dead by Daylight’s future 3.6 patch will be shaken up in forms yet foreseen. Knowing this, it’s be worthwhile to take a look at the current meta to provide context for the confusion (or lack thereof) that will be made in 3.6 ahead of time. With that said, let’s dive right into the list and explanations for killers that have made themselves of interest in my rank 1 play.   Keep in mind: Killer ranks will take into account all aspects of the killer, including addon dependency and perk requirements, and will only be valued by their effectiveness in high ranked gameplay.   S Tier: Best of the Best ~~~~~~~~~~~~~~~~~~   The Nurse: 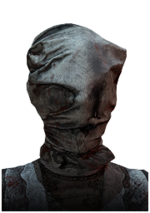 Since the rework, Ol’ sally seems to have taken a hit in her popularity. This could have multiple causes, the main one being the fact that she’s much more punishing for unskilled players who try to take her into trials against competent teams. But in the hands of an expert, she’s still the pallet-ignoring boss-fight survivors have come to know and fear.   The Nurse works well with all of the current meta perks such as Nurse’s Calling, Sloppy Butcher, Infectious Fright, and Thrilling Tremors, but can also benefit greatly from the likes of Whispers and Stridor.   In terms of Addons, The Nurse has many that can change her playstyle and give her slight benefits, but nothing that completely breaks the game like ‘Omega Blink Nurse’ of old and nothing she relies on to be competitive.   With only requirement being a high-skilled player, The Nurse remains the one killer that can reliably shut down loops against top-tiered Survive with Friends teams, with her only pronounced weaknesses being her inability to track sneaky survivors with ease and having a harder time patrolling generators compared to her peers.   If you pick this killer up, be prepared to invest a month or two learning the ins and outs of her kit before picking up the pace on your climb to rank 1. Moving on!   The Hillbilly: 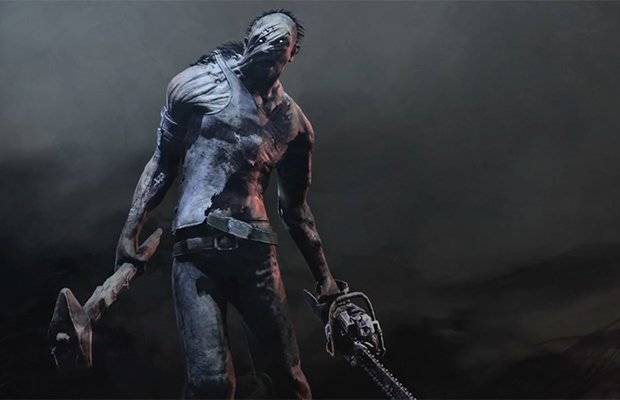 The chainsaw wielding map pressurer from the game’s inception is still around and he’s still just as strong as he was back then. With a high popularity and decent skill-cap, there really isn’t much I need to say in regards to his strengths. He has a high top speed to get around the map quickly, and can threaten survivor’s with poor positioning with a one hit power to end chases instantly.   His weaknesses, though, become well known when going against survivors that rarely make mistakes, if any. Firstly, one shotting a competent survivor will become a rare sight, as any player who is sentient will play the chases around windows, mostly relegating you to a killer who either takes huge risks with his mind-games, or settles for being an m1 killer (a killer who smacks survivors with basic attacks) with good map pressure.   Also, unlike his peer at the top, Nurse, he cannot ignore pallets and walls and instead must play to the rules the survivors set in chases just like most other killers. Yes, with good chainsaw usage he can break the pallets thrown in front of him very quickly, but breaking the pallets, no matter how fast, is ever going to be rated as highly as simply ignoring them altogether.   These aren’t hugely diminishing issues, though, as you most likely won’t always be facing the best of the best in your matchets, and even if you do, survivors being happy to let you m1 them isn’t a quality almost any other killer can boast about. (Plus survivors love facing this killer, looping is fun. So bonus points for you if you play him)   Billy is quite reliant on his addons for consistent chainsaw usage, so keep that in mind. In terms of perks, he benefits greatly from perks like Discordance, BBQ n’ Chilli, and Infectious Fright.   A Tier: Worst of the Best ~~~~~~~~~~~~~~~~~~~   The Spirit: “Ya like mindgames?” It's a guessing game for the survivors and a tracking game for you. Not very fun, but then again, I did just recommend you try out The Nurse, so maybe that’s a moot point (i’ll see myself out). There is an argument that she should be B tiered due to her inconsistency in matches, but I feel that’s simply her unpopularity talking and that she’s still mostly as strong of a killer as she was when prayer beads were a thing.   I wouldn’t play her without strong addons, and I wouldn’t play her without strong perks like Discordance, Stridor, Pop Goes the Weasel, and Sloppy. In fact, I just wouldn’t play her at all unless I was trying to ruin someone’s game.   The Huntress: Wanna hear my best Huntress impression? *Opens locker* 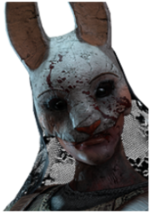 You won’t be patrolling maps very quickly, you WILL be getting looped into oblivion, and you WILL be wasting a lot of time opening lockers just so you have a power. It's a hard life for a huntress main, but if you’re good enough with your mind games you can end chases quicker than billy, in some cases.   Alas, you’re a 110% movement speed killer with no mobility, so you’ll really never be as good as the best Billys simply because you can’t get across the map in less than 25 seconds, so you should probably stick to four gens of decent closeness and just patrol those. (or, if you have no friends, you can run insta-down hatchets)   B Tier: Best of the Meh’st ~~~~~~~~~~~~~~~~~~~~   The Oni: Yes, he’s worse than huntress, yes I am biased.   The Doctor: That’s right! B tier! *Zzzzap* I know it's crazy to think Zap Brannigan has come such a far way up the tier ladder in recent times, but with his rework, he’s a real menace at shutting down loops, if you’re slick with his power. Not to mention he’s the only killer who doesn’t suffer from the early game “Where is everyone?” syndrome, AND he naturally slows the game down by driving people banana nut crazy. What’s not to like? *Zzap*   The Hag: You gotta be really dedicated to know how to play her, and you should probably invest in an addon or two, but she’s up there with the A tier’s in specific situations and in the right hands.   BONUS PREDICTION: The Deathslinger: Caleb relies too heavily on server help for hitboxes and is a 110% movement speed killer. He’s basically Huntress, but with hatchets that take at least 5 seconds to hit, and no pallet play potential. AKA, B tiered (once he’s out of PTB).   C Tier: Meh’st up in design, I suppose. ~~~~~~~~~~~~~~~~~~~~~~~~~~~~~   The Plague: “The plag, dude.” M1 with some insta-hatchet like gameplay, if survivors decide to cleanse your puke-power. Takes a bit too long to get rolling to be hugely successful, but by no means a terrible killer.   Freddy: How long can disco on? M1 with a little map pressure, and little loop shut-downery.   The Legion: M1, with a side of quick first hit. If survivors are grouped up together can be semi-effective early on. Might be F tiered if your opponents are on comms.   D Tier: Do we even have powers at this point? ~~~~~~~~~~~~~~~~~~~~~~~~~~~~~~~~~~~   The Pig: Boop the Snoot! M1 with some time saves (If you can manage a couple of hooks before the game ends).   The Wraith: Sneaky first hits, and not much else.   Leatherface: Imagine Billy and take away his map pressure. Underrated, but still bad.   The Shape: Fun. Punishes altruistic survivors while being stealthy. None of these effect good survivors.   F Tier: So bad we skipped a letter ~~~~~~~~~~~~~~~~~~~~~~~~~~   Ghost Face: Like the pig, but without the time saves! Great against blind survivors.   Clown: *Wheezes*   Trapper: Honestly if the early game lasted a bit longer and Object of Obsession didn’t exist he’d be C tiered.   And so we’ve reached the end of the list for patch 3.5.2. You’ve probably seen most of the selections coming, and you probably have a few disagreements. But don’t fret! You can post those in the comments below, and if given a good argument, you might change my mind on some things!   GLHF in your trials.   - E.