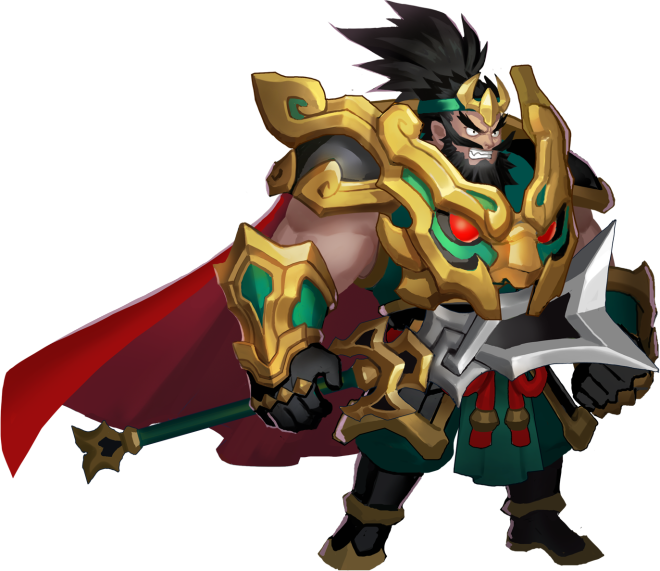 Zhang Fei was a military general serving under the warlord Liu Bei. Zhang Fei and Guan Yu, who were among the earliest to join Liu Bei, shared a brotherly relationship with their lord and accompanied him on most of his early exploits. Zhang Fei fought in various battles on Liu Bei's side, including the Red Cliffs campaign, takeover of Yi Province, and Hanzhong Campaign. Let's find out about his in-game ultimate skill.

[Roar at Changban] Zhang Fei randomly inflicts (39.5%+12) damage on 3 heroes, additionally damages (40%+24) of his defense and a 21% chance to make opponent retreat 1 space. (If there's no space to retreat, target is stunned for one turn.)