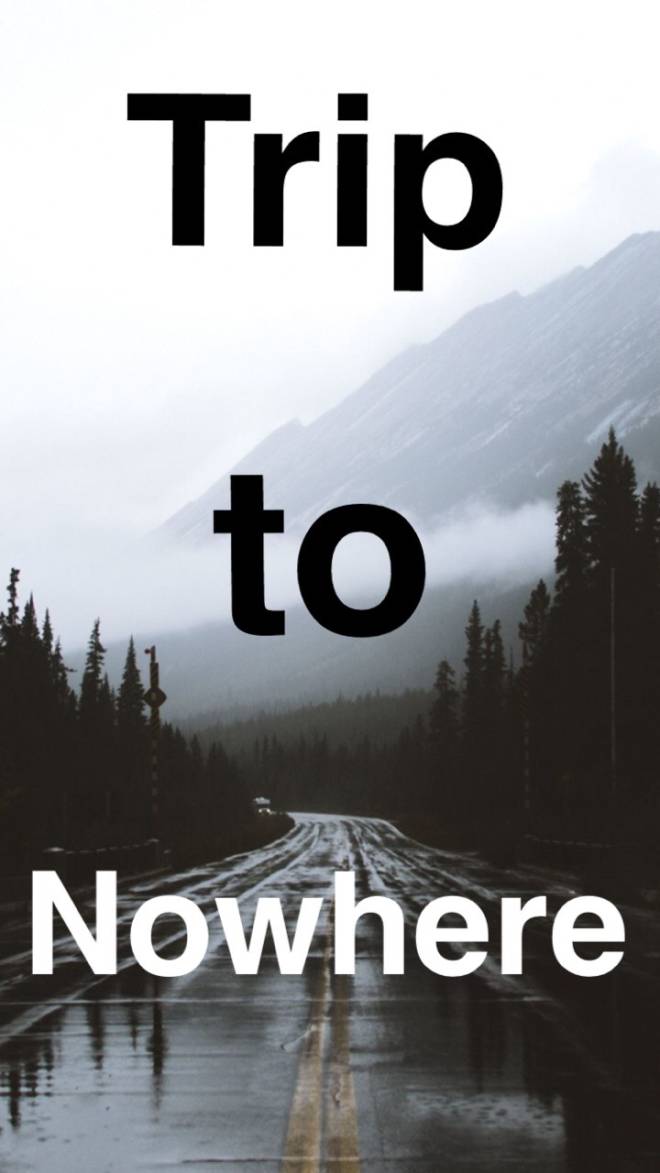 #TripToNowhere Raindrops. What had started as drizzle quickly turned into an onslaught of raindrops. Unintelligible noises came from the radio, the raindrops raced down the front window and I just kept sitting on the front seat of my car staring into the nothing. "Where’s my mother?" I had asked them. "You’re mother's dead." They had replied making sad faces. They were good at making sad faces, but the pitch of their voices told me they actually didn’t care. Why even should they care? They’re doctors it’s their job. It was a heavy hit like somebody hit you with a blunt weapon on the backside of your head. Once, twice, forever the pain didn’t stop! The pain blocked every clear thought and before I knew I found myself sitting in my car. What should I do now? That was the first clear thought again, I suddenly noticed. How long have I been sitting in this car already? It felt like an eternity. Like paralyzed I almost fell onto my frontseat, locked the car doors and ever since just sat there, staring into the nothing. The cold autumn air surrounding me allowed my paralysis to finally fade away just enough to encourage myself to turn around the ignition key so I could turn on the seat heater. It could have been different, I thought. It had been the forth time I was treated for drug addiction, when my mother fell sick. It‘s all your fault, your a failure!, I heard the imaginary voice of my father. The worst thing is that he‘s probably right! Mother was the only one keeping our family together... at least was trying to. Father has never believed in me. Always standing in the shadow of my family‘s reputation... always being the odd one, the one who wasn‘t granted a scholarship, like my bigger brother. It‘s all your fault, your a failure! I clenched my fists. All your fault! I punched on the dashboard several times. Why is it always my fault? I sounded like when I was nine. Back then my brother always accused me of the things he perpetrated. Even back then my father had always sided with my brother ... even back then I was the odd one. My mother has always been the only person who understood me. She always used to take me into her arms to calm me - OH MOTHER WHY?! The memory hurt as if someone was pressing a burning stick against my forehead. I buried my head into my hands. I felt my hands shaking again. Shaking so much that I couldn‘t hold my head anymore, shaking so much that I couldn‘t even properly move my arms anymore. The grief always used to trigger a chainreaction, a chainreaction that has made me surrender all of my four treatments and made me fall for the drugs again. The exact same grief was what I felt right then! That was when I realized that I needed to go. Go, leave everything behind, leave the drugs behind, leave my family behind, leave everything familiar behind! And don‘t look back! — DAY 1 —