For the last year, my #ObliviousMusic tag has largely been for singles or a small group of songs. No eclectic collections. My music preferences for most of the year have been pretty well the opposite until the last few weeks; previously favoring Folk, Americana, Dance, Electronica, and even some Pop. But now, nearing the end of this accursed year, I want to throw some HEAVY at you. Rock, metal, numetal, and maybe some industrial as well — pretty well from various points in the last 30 years. Hope you enjoy these 13 videos! I have varied tastes. ¯\_(ツ)_/¯ And one more thing… ⚠️⚠️ WARNING! ACHTUNG! ⚠️⚠️ Much of heavy metal music is very aggressive and equally inappropriate for listening to in public. Tons of language shall be used. Likewise, I did try to make sure no one was in a state of undress, but there are no guarantees with metal videos. So, it’s likely NSFW for the general public. Remember, you’ve been warned. 🙃 ⚠️ ——///:::—////—-///:::://—— Otep Shamaya’s music has evolved over the years, but she’s pretty well always been intense and political — and I absolutely love her for it. OTEP - Zero • 2016 https://youtu.be/GsWSsp38KnY

——— Aside from the recently posted videos from the System of a Down “reunion,” these next few are some of my favorites from them in the past — and from Serj’s first solo album ‘“Elect the Dead.” If I were to post all the good music videos for SoaD, it would just be all of their videos. Absolute icons of the generation. System of a Down - Aerials • 2001 https://youtu.be/L-iepu3EtyE

——— Kittie is a bit of an oddity for me personally. I knew about them from my gothic friends back in high school, but I’ve always just seamlessly included them in my metal playlists regardless. And although I’ve posted Brackish before, I can’t post music by Kittie without including it again. 🤷‍♂️ Kittie - Brackish • 1999 https://youtu.be/yev3JqH6TpY

——— Static-X caught significant popularity with their very first release, and lead singer Wayne Static became iconic for the band’s image. They released a number of hits over the 2000s, but the band went on hiatus for a while after their 2009 album. Static-X’s potential was cut short by Wayne Static’s death in 2014, and yet just this year they’ve released a highly-praised new album in honor of Wayne Static, featuring his final vocal performances. Static-X - I’m the One • 2005 https://youtu.be/yy2c3-2SJXw

——— The Pretty Reckless is impressive, particularly because lead singer Taylor Momsen was previously most well known for being on the TV show Gossip Girl and for portraying Cindy Lou Who in the live action version of The Grinch. The Pretty Reckless - Make Me Wanna Die • 2010 https://youtu.be/txBfhpm1jI0

——— And finally, instead of closing this out with another band, how about some covers? Butcher Babies - They’re Coming to Take Me Away, Ha-Haa! • 2014 (Originally by Napoleon XIV) https://youtu.be/23ywNYOde4Y 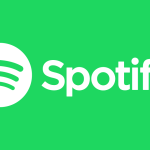 Listening is everything Spotify is all the music you’ll ever need. open.spotify.com
SEARCH Entertainment POST