Today is the 14th birthday of my favorite album ever

On August 30, 2005 Kanye West proved that he wasn't just a one-album-wonder when he dropped Late Registration. While this album was a huge part of his breakout into mainstream success, especially with the hit single "Gold Digger," the album also showed that there truly was a market for more introspective and self-aware hip hop. Not only that, but it showed that you can make a statement with your music without being preachy. This album is incredible from start to finish. 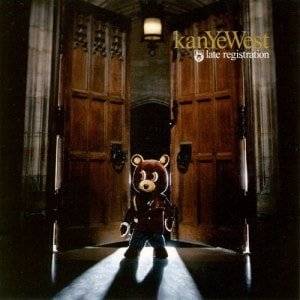 Songs like "Roses," "Addiction," "Hey Mama," and "Bring Me Down," talk about personal struggles that everyone can relate to such as death, failure, and feeling pressured by social norms.   Songs like "Crack Music," "Diamonds from Sierra Leone," and "Heard 'em Say" touch on issues of injustice not only domestically, but abroad as well.   Late Registration also features some of the best guest verses of all time on songs like "Gone," "Drive Slow," and also the debut of Lupe Fiasco on "Touch the Sky."   This really is an incredible album and I highly encourage that you listen to it if you haven't before. Regardless on your opinion of Kanye West or hip hop in general, this is a very special album that is undeniably one of the greatest pieces of music ever created.