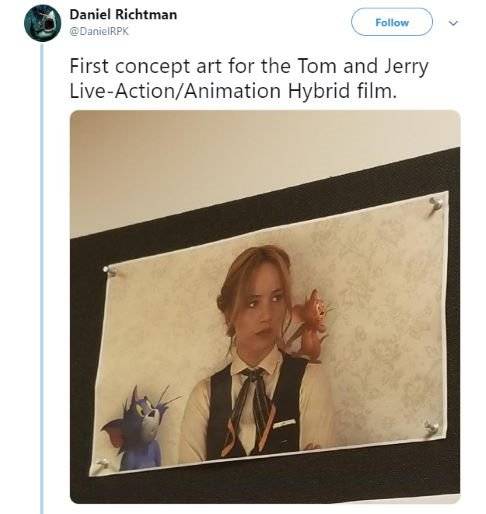 Tom and Jerry Live-Action Film is on the way, and the concept art for the movie was recently revealed by Daniel Richtman, a writer for SuperBroMovies. The picture above seems to have Jennifer Lawrence alongside what appears to be CGI-made Tom and Jerry. It's not confirmed yet if the production team has cast Jennifer Lawrence as the leading actress, but I really like the look of her in the first concept art. What do you guys think?   #MovieNews