The director of 'Get Out,' Jordan Peele comes with a new movie called 'Us' 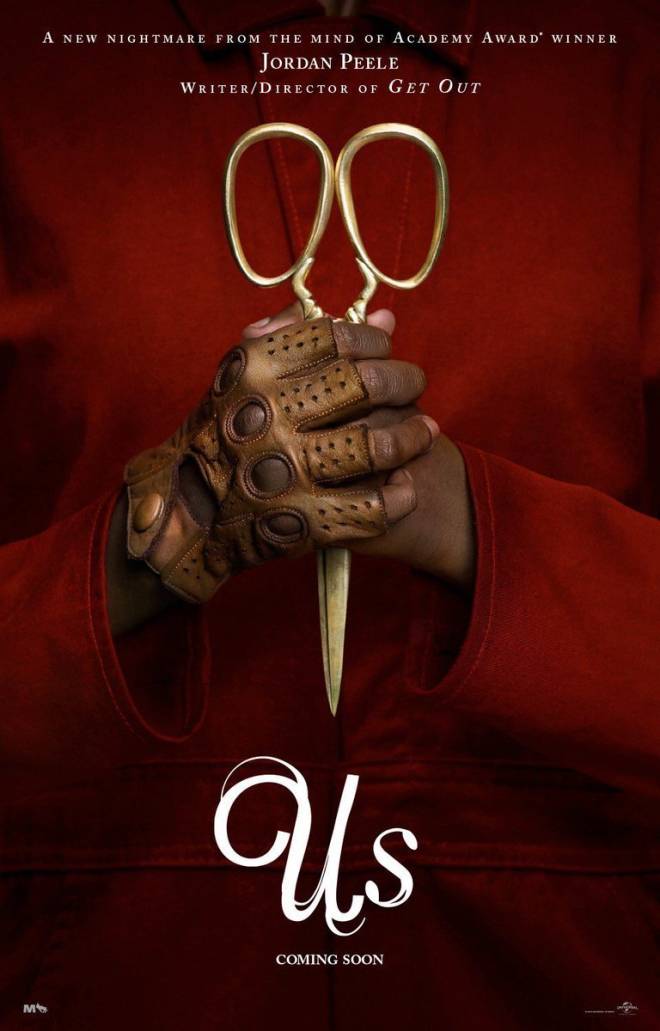 The detail of the movie has yet to be revealed except for its main cast, Lupita Nyong'o, Winston Duke and Elizabeth Moss. Judging from the scissors from the poster, I'm guessing it's going to be another Horror/Thriller movie.   What piques my interest about this is that they have Lupita Nyong'o as one of the leading actors. Take it with a grain of salt, but she and Daniel Kaluuya, the protagonist from the same director's movie have appeared together in 'Black Panther' which could possibly hint us that 'Get Out' and 'Us' may be correlated somehow. Of course, it's not really a convincing theory and is most likely to be just a coincidence.   If you're a fan of Jordan Peele and his movie and are willing to check the movie out, the first trailer is going to be out on the Christmas day.   #MovieNews