Another Anime post no one asked for: Your Lie in April

I know no one asked for this post but ima do it cause I love this series right here. Idea from moot.us/oasis so go check him out. First off this is made by A1 studios the same one that made Sword Art Online but please this one is different I swear. It is a classical music romance which surprisingly works. Ima get the things I don’t like out of the way first. Protagonist. Kousei Arima the protagonist I have a love hate relationship with. On one hand his entire backstory and personality is just a teenaged girl looking up depression symptoms on Web MD and self diagnosing herself because she listened to a singular Billie Eilish song. On the other hand you get to see him overcome his mental barriers and genuinely become a better person and make the best of life. Focus on side characters. Look exposing a universe is fine but if I am being honest I don’t give a rat’s shit about a great deal of the side characters. So when 2 of them get around 4 episodes to themselves a piece let’s just say that rewatching I skipped those episodes. Animation. A1 pictures did a fantastic job with the animation. I do think the characters do look a little janky but it’s not major and it’s kinda just the eyes. Story. This shit sad. If you are looking for a happy, uplifting story you sure as hell ain’t gonna find it here. The foreshadowing fills your heart with dread as you see the signs build up. I don’t want to spoil anything but gawd damn. Sometimes does feel forced though at some points. Best for last the music. The music is just fucking amazing. Every single song perfectly sets the tone. It also works as a disqualified musical because there is never a second where there isn’t music playing in the background. That’s right there is around 8 hours of episodes and there is never a point where music isn’t playing. Ending. You never fully recover. If you do then you weren’t paying attention to the story. I ain’t trying to spoil anything but if you pay critical attention to the op you will know the ending before even watching the first episode. And part of the ending is a relief there is so much build up. But be prepared. Short Review. Overall : 8/10 Would I recommend : Yes If you do decide to watch this anime all the way through make sure you got some tissues in hand your gonna need em. 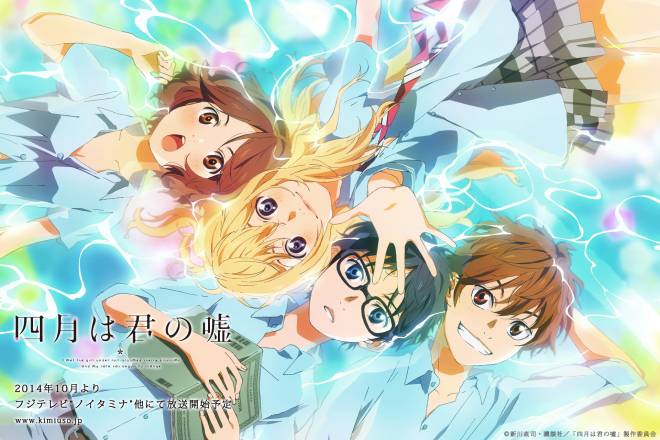