It’s starting to get weirder and weirder 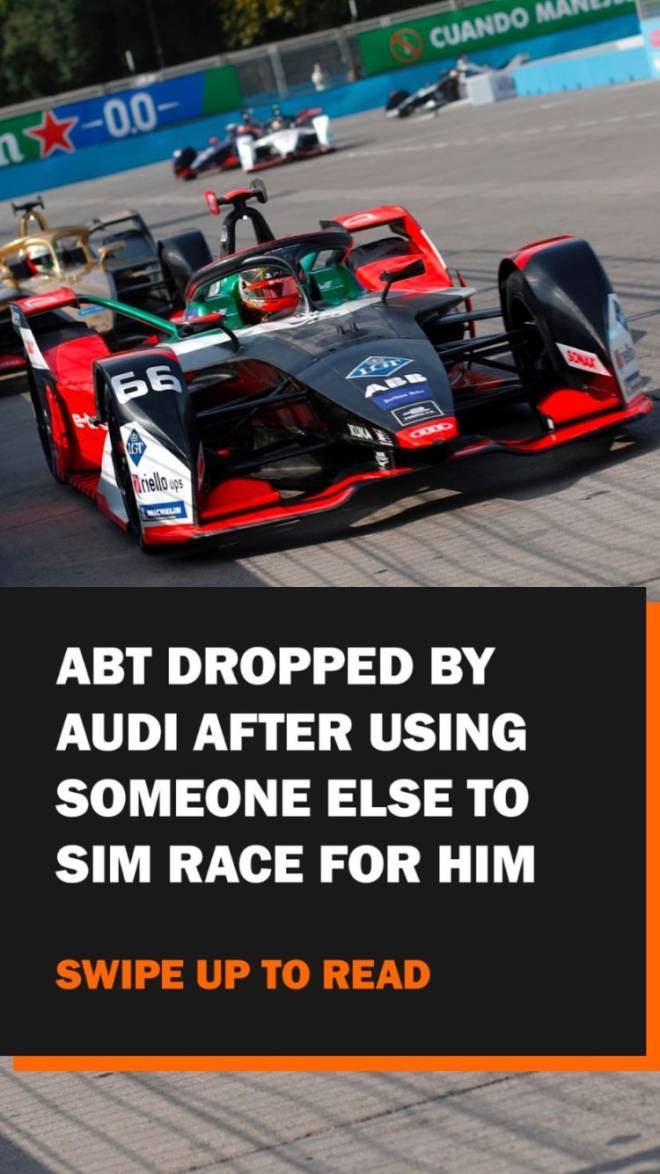 I was wondering how could you even cheat during Sim racing? Using speed hacks or other cheats? The answer is even more dubious: Daniel Abt used a quick time-out he justified by saying he "has got lag" to let a professional sim racer take over control of his steering wheel to finish the race for him. Initially meant to be nothing more but a joke by Abt, his racing team Audi Abt-Schaeffler didn’t share that opinion and did not only suspend him from the team but also fining him with 10,000$. Especially in times of covid-19 Sim racing has not only become more important but also, as this example shows us, more serious. While this kind of response to cheating is nothing new to the rest of the Esports scene, it certainly is to Sim racing, which so far has been nothing more than a casual competition for the drivers to do what they love in their free time. Do you think this kind of response was justified?