I loved the full series of short episodes for Pokémon Generations when it released on YouTube back in the old days of 2016, instantly becoming my favorite of all the animations existing at the time for the Pokémon universe. With 18 episodes that are only around 3-5 minutes each, they handled an awful lot of piecemeal world building. Now the official Pokémon channel has started releasing a new series — Pokémon: Twilight Wings. So, I figured now would be a good time to cross post some Pokémon in both the Pokémon and Entertainment lounges. Follow the hashtags to the episodes releasing for the new series, otherwise posted directly in the Pokémon lounge: #PokemonTwilightWings For the full series of Pokémon Generations however, here’s your YouTube playlist: https://www.youtube.com/playlist?list=PLQWzKIaERirwv9M89dxN3bNLY0PyuChOU 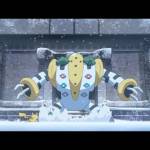