Ghost Level-up Event   You can see the progress through the Lobby Event top button. The event runs until January 20th and the reward is sent to the mailbox when capturing ghosts and leveling up. The rewards for level 6 to 15 can only be received before the event is over. 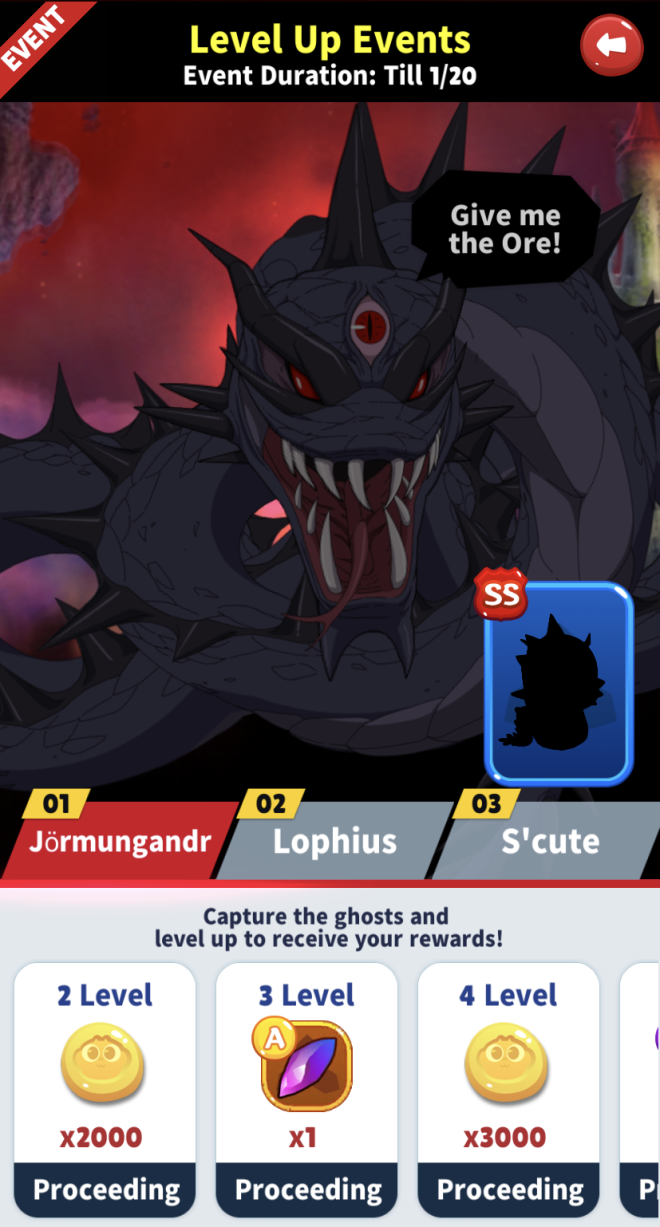 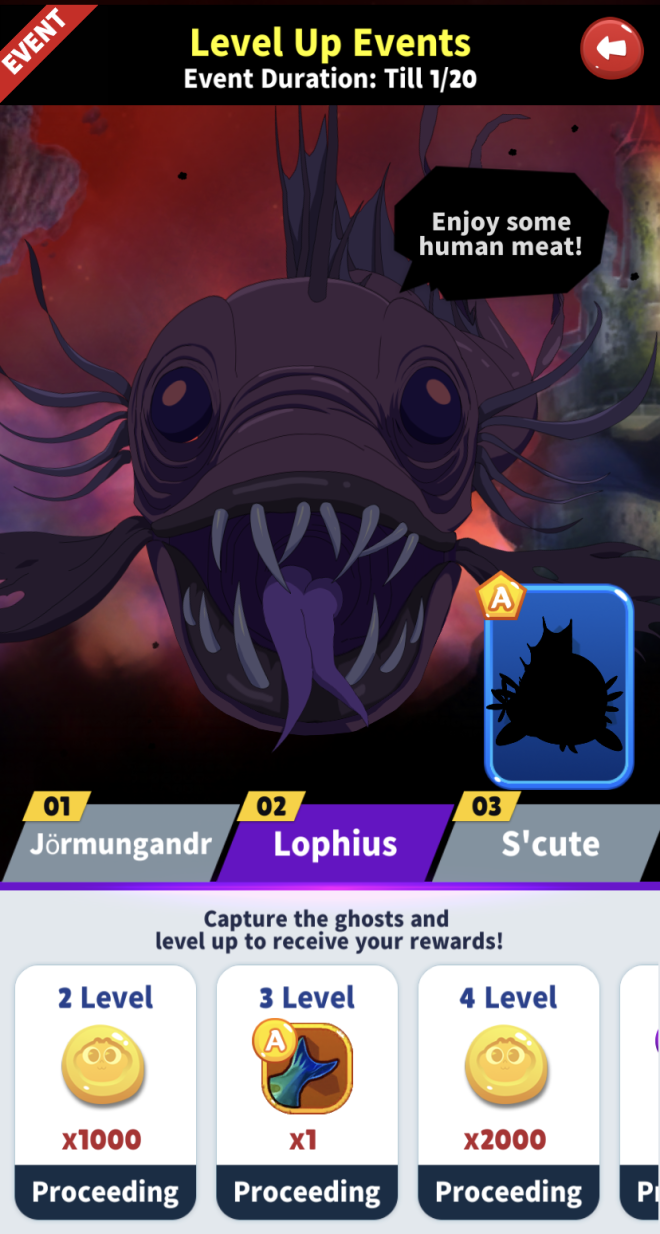 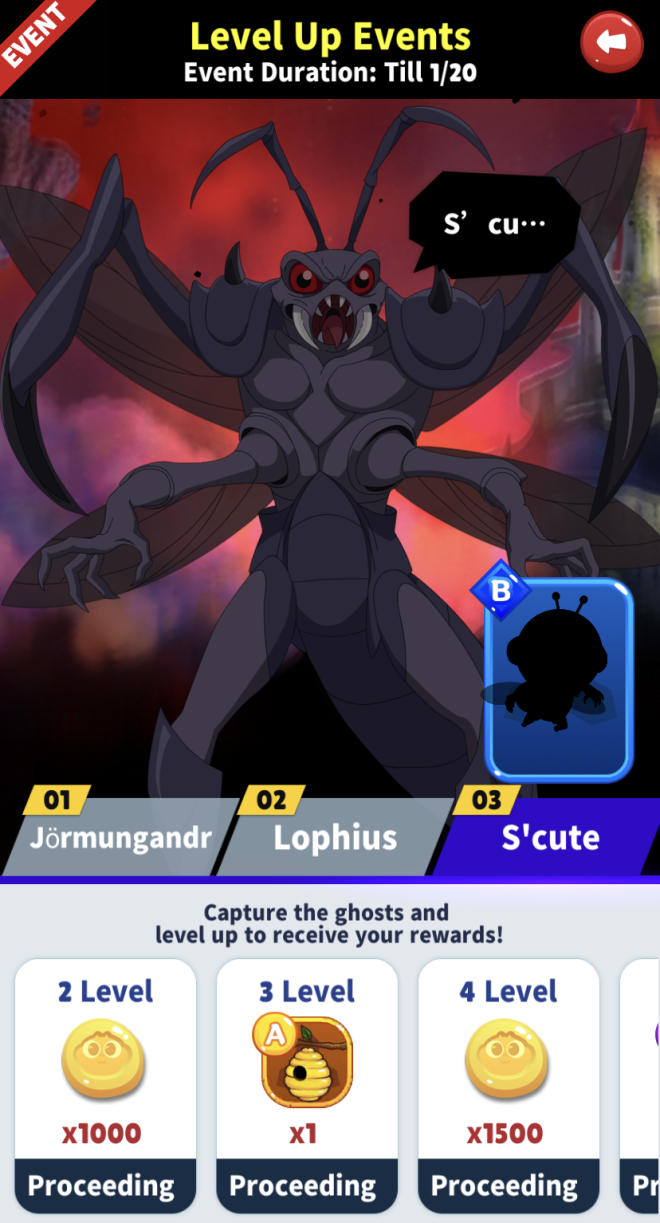 4 types of new items per Ghost added 4 types of items added per ghost. 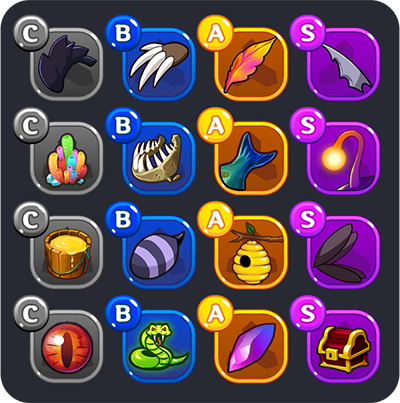 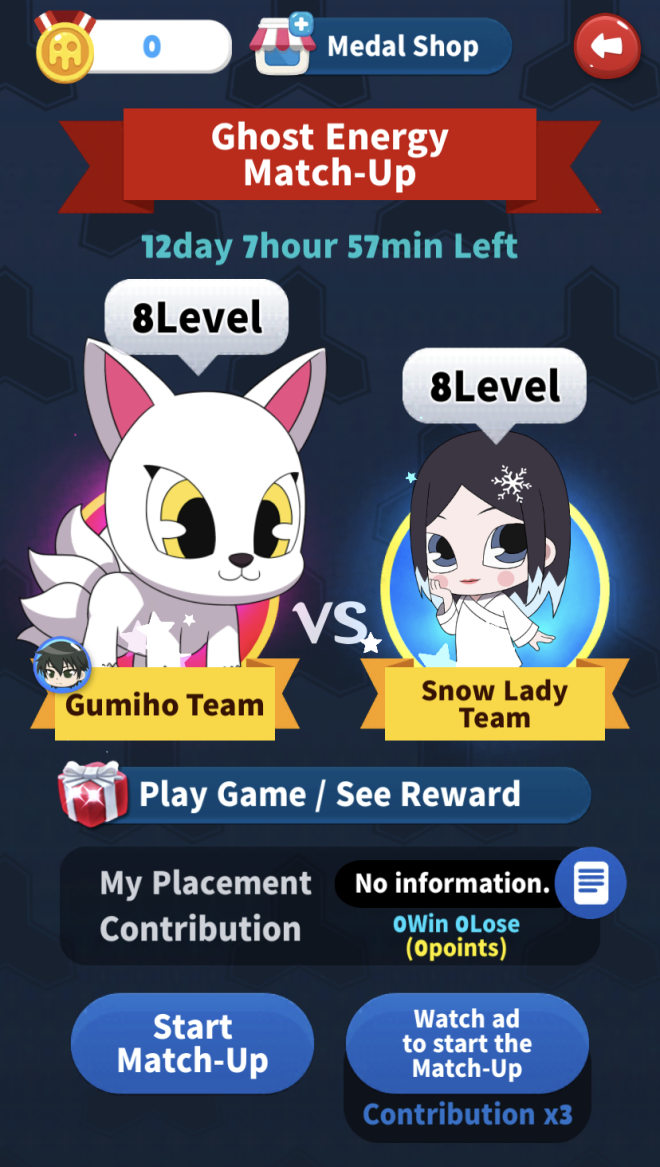 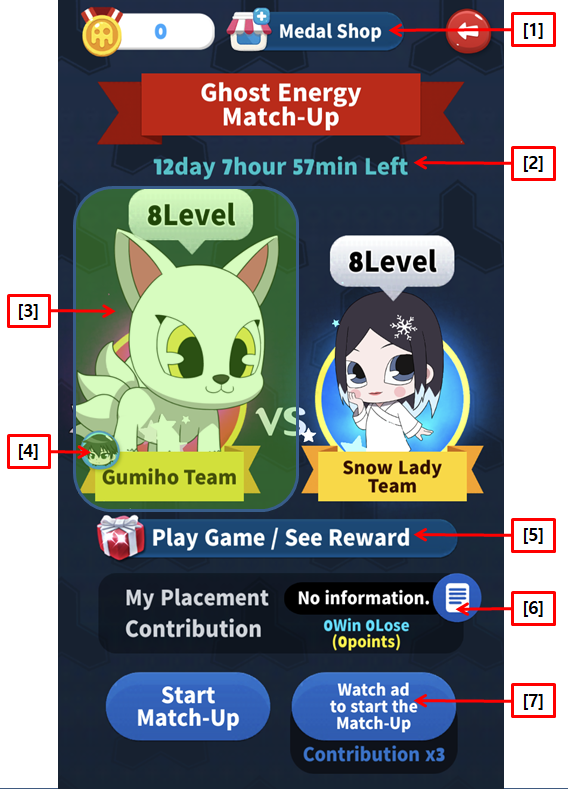 [1] Medal Exchange Shop: A shop to exchange obtained Medals. [2] Time Remaining until end of event [3] Currently winning team The ghosts of the winning team grow bigger. [4] User’s Team The user’s selected team will have a character icon next to the ghost name. [5] Progress Details View the current Match-Up games in detail and receive rewards for your progress. [6] My Placement and Contribution View your placement and contribution within the team. [7] Start Match-Up button 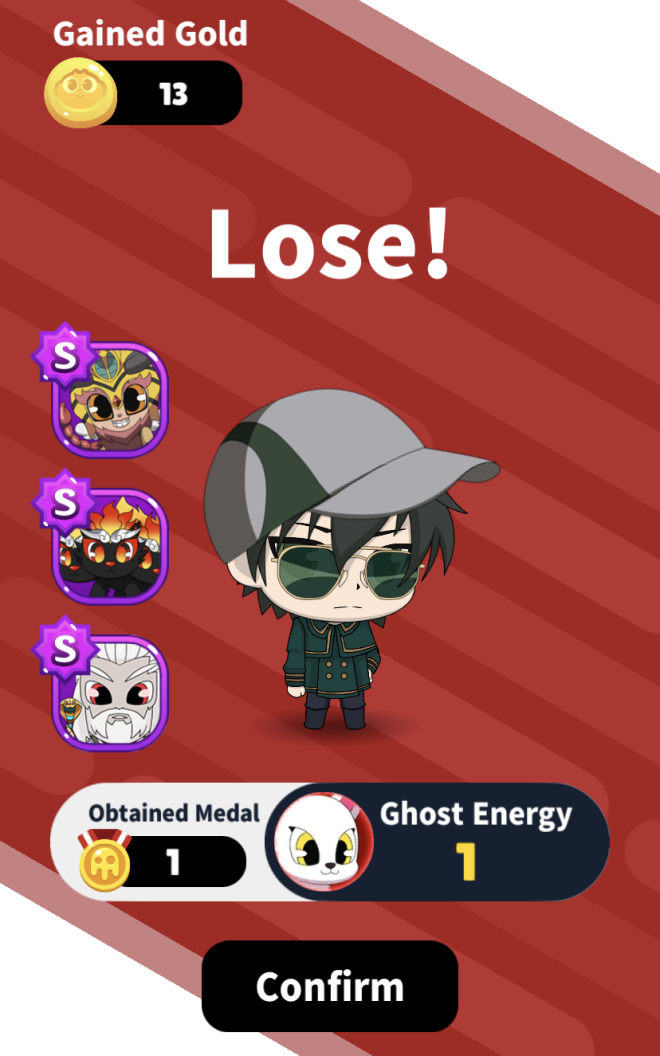 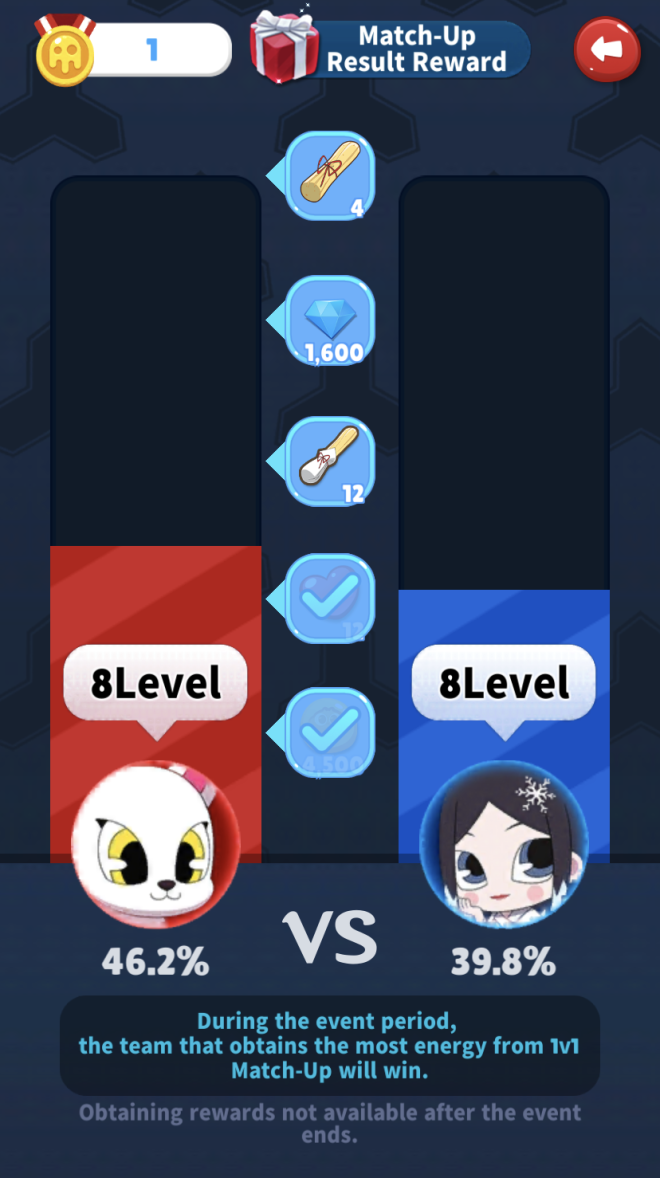 View Game Details   [1] Collected Ghost Energy can be checked by tapping the Play Game/See Reward button.   [2] The more energy you collect the more your team’s gauge fills up.   [3] As the gauge fills up, team level increases and rewards according to the gauge will be handed out.   [ ! ] If you join the team later, you will not be able to earn rewards for the already collected gauge. 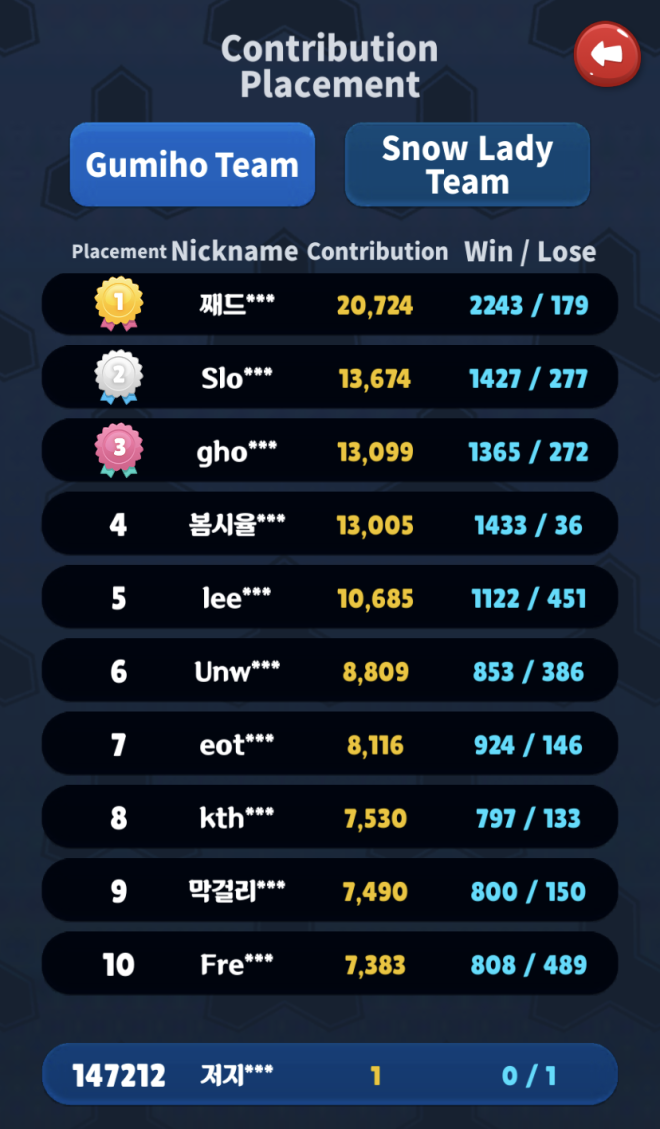 [Contribution] Each team will be placed   according to the Ghost Energy obtained. Check the placement by tapping the button.   If your rank is outside the Top 20 it will be shown at the bottom of the list. [Team Battle Final Reward] The final reward for the team will be sent out with the next patch.       Character Costume added   An idol costume has been newly added.

Lobby UI changed   The UI of the main page has been changed. 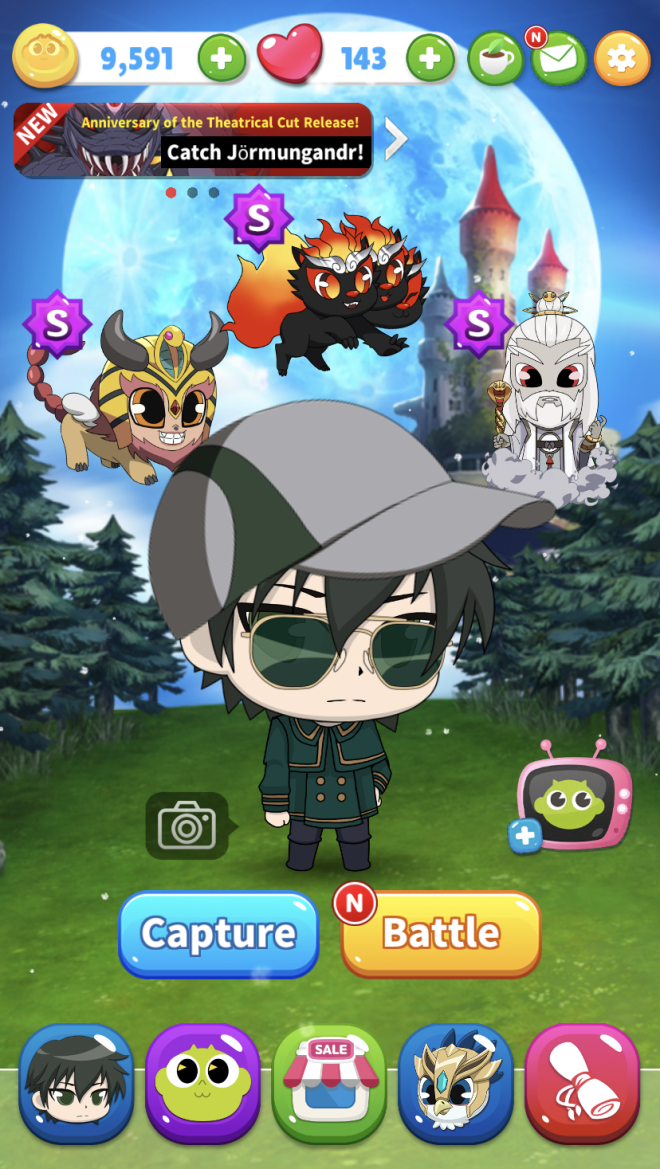 Event info banner added Move to the event page when tapping the banner.   Sudden ads deleted The sudden ads that appeared on the right side of the hero character have been deleted.   Goblin Taffy, Heart ads combined The ads for Goblin Taffy and Hearts that appeared when the items were used up have been combined into one.   In case of not enough items View ad button activated   In case of enough items View ad button deactivated   In case of not enough Taffy and Hearts Hearts appear first on the main page       View ad rewards added 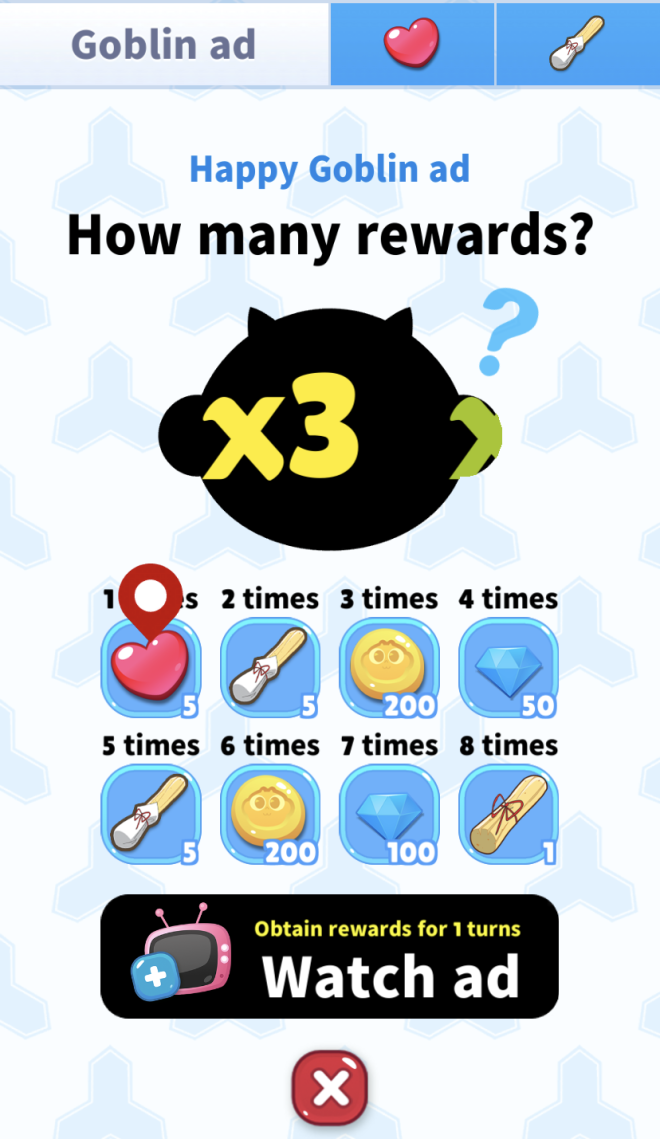 [1] New view ad reward added in the combined Taffy and Heart ad page.   [2] View ads up to 8 times daily to obtain rewards.   [3] Among X1 X2 X3 obtain one reward at random.   Waiting time added after watching an ad until the next one (1 min 30 sec)   After viewing all 8 daily ads wait until they are reset at midnight to watch again.