PUBG Game of the Year? 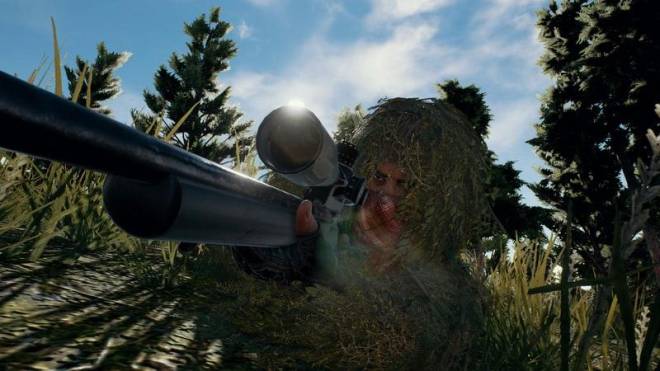 In 2009, when the Academy Awards seemed to make room for more experimental films by extending the potential number of nominees for Best Picture from 5 to 10, it was expected that Christopher Nolan’s The Dark Knight, the underdog Godfather Part II of a new generation (fight me), would make the cut. Heath Ledger did posthumously earn the award for Best Supporting Actor, and the film itself was nominated for eight total categories, but for Best Picture overall, The Dark Knight was snubbed. To this day, comic book movies have never been more important to the box office, regularly defining conversations about all film for better and worse. They are highly influential, gargantuan pieces of art, and yet the Academy Awards couldn’t move fast enough to recognize, at the outset, their outsized impact. Let us be thankful, then, that video games are not that way. It can move faster as an industry. The Game Awards, to air December 7, have, in duty to perhaps fandom or sheer popularity, nominated a technically incomplete game, PlayerUnknown’s Battlegrounds (PUBG), for Game of the Year. PUBG deserves this spot on the list, not because it is perfect and not because it is even roundly good, but because we can expect, in years to come, to refer back to the moment of its explosion of popularity as a change in the status quo. An award is not a review; it is a recognition. So in honor of change, we must recognize what changed us.   Regarding Game of the Year, I adore the other games on the list. Super Mario Odyssey and The Legend of Zelda: Breath of the Wild, in fact, I’d even say are better games. But 2017 was the year of PUBG, whether anybody particularly likes it or not. I think that means it’s also the Game of the Year.   The argument against PUBG receiving this kind of recognition is quite sound, given a certain set of criteria. As Steven T. Wright laid out on Glixel, PUBG is at times frustrating, boring, and often, on the merits of its technical construction, a complete disaster. Wright surmises that we’re awaiting the inevitable PUBG refinement, a la a refinement of the first-person shooter genre in Doom from the innovations of Wolfenstein 3D. But if that’s the case, we already have it in the form of Fortnite. Epic’s quick turnaround notwithstanding, the battle royale mode in Fortnite is a technically superior experience, and even throws on an engaging crafting metagame to boot. Nevertheless, on pure instinct, it’s safe to conclude that Fortnite does not deserve Game of the Year. And would you really want to gift such a recognition to a publisher that happened to have the means and pre-existing framework to capitalize on the trend first? Of course not.   PUBG, as haphazard and clunky as it often can be, is the dam that broke open a genre that’s been building for years. The likes of H1Z1 and The Culling before it slowly stitched together an idea, only for PUBG to finally tighten that idea into something so widely played as to have broken the record for most ever simultaneous players on Steam. PUBG is the Doom, not for pure technical quality, but for what could be considered mechanical articulation. Mechanical articulation can mean that a game works well enough to promote a practical ease of interpretability. The mechanics have been articulated to the player in a way that makes them subject to useful critical judgement. We, as in all of us across the fandom of games and game industry, can finally agree on one thing: the battle royal genre is fucking awesome.   To reiterate the most repeated statement in video games this year, the battle royale genre sees a large number of players, commonly 100, spawn in some way on a large map and battle it out to the last man standing. PUBG did not invent this structure, nor in its current state does it in any overt way deviate from that structure. In fact, on the surface, PUBG doesn’t look particularly special. Yet, in action, there’s something there that clicks. The looting is just a tad more intuitive. The map feels like an adventurous sprawl, rather than disparate patchworks. The end-game, in which ever-shrinking circular boundaries push players into a randomly-chosen sector of the map, applies a more deliberate and readable flow. Through mechanical refinement, PUBG extends the genre from a compelling tech demo into a virile, immersive experience. In the crossing of this bridge, those elements of the battle royale genre that once felt like mistakes might now be re-interpreted as new aesthetic opportunities.   Click on the link to check out the full article, its pretty cool! 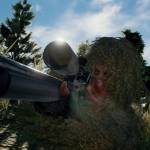 'PUBG' Is Game of The Year, Here's Why That Is So Important An award is not a review; it is a recognition. So in honor of change, we must recognize what changed us. www.rollingstone.com
SEARCH PUBG POST