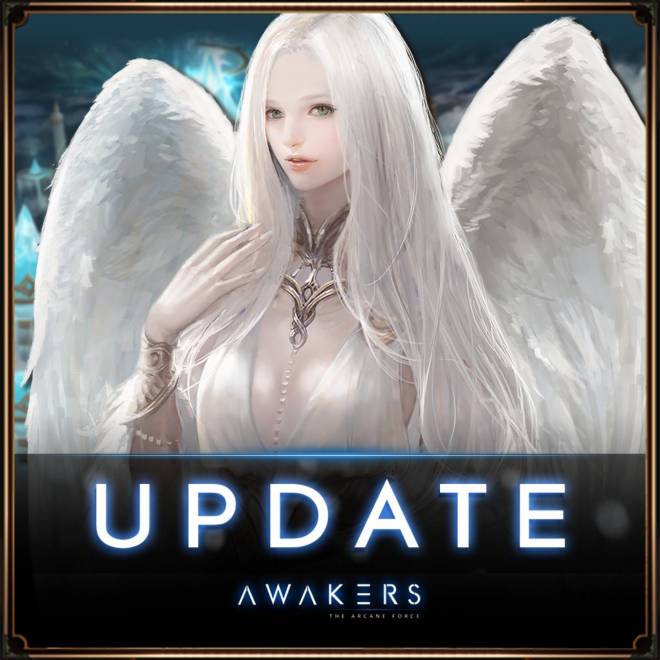 Patch Note(12.12)   Maintenance period : 12.12 6:00 - 9:00 (UTC+0) Maintenance compensation reward : 100 Rubies   UI update Descent refined Hero skill & Unit attack speed modified   1. UI update   1. 1 You can designate manual control units in auto combat mode. Slide Up&Down in the Unit UI at the bottom of the dungeon entrance window. 1.2 You can choose your team at Arena matching window. Team member change is not possible yet. 1.3 Unit UI is added at the bottom of Field of Test menu. Be ready and challenge. 1.4 Attendance compensation is held every seven days from Sunday to Saturday. 1.5 Crux items are no longer locked status when it's obtaiend 1.6 Unit names are nified regardless of evolution status. (Prefix is removed)   2. Descent refined.   You can now instantly gain all of your stats as soon as you descend. Descent experience dungeons and Descent level markings are removed and the Descent preview is moved to the menu. Heroes who have raised the previous Descent level will receive 100 Ethers for each Descent level raised through the Descent Experience Dungeon. Example of a reward: A hero with a descent level of 7 for Napo and an Estelle with 1 level of Descent-> 6 x 100 = 600 Ether reward for Naples 6 and Estelle 0   3. Hero Skill balancing Hero Archer's skill damage was too powerful, now it's slightly decreased. Hero's attack speed is increased Every Hero's skill damage is increased by 100% in tier 1 and 25% in tier 2. Tier 3's skill damage is still same but required energy is slightly decreased.   4. Unit's attack speed error fixed In the last update, the Assault type slowed down the attack speed and the Ranger attacking speed increased. Due to an operation mistake, the actual setting was reversed. Therefore, in this update, all will be adjusted as intended. AWAKERS's attack speed notation is now higher when the attack speed is higher. This method is difficult to know the actual attack speed. In future updates, the notation between general attacks will be improved. (Please wait a minute.) Data from the period 2019-11-29 to 2019-12-11, when the attackers were stronger than intended, will be reflected in the balance update later. Thank you.   5. System and bug fix 5.1 FRIEND POINT is added at adventure mode reward 5.2 Adventure Mode Fixed an issue where dungeons that consume one dagger during repeated rewards had a high reward rate, allowing them to acquire ether and reinforced stones in the dungeon. Dungeons that consume more Daggers will now be more efficient. 5.3 Expedition - Dungeons of Life Fixed the issue of moving through rocks 5.4 Normal Summon now removes the 1-Star grade Evolution Crux 5.5 Evolution Crux's level displayed at 40 has been fixed. This item level is independent and does not change it's acutal value. 5.6 "Recruit" is changed to "Summon"