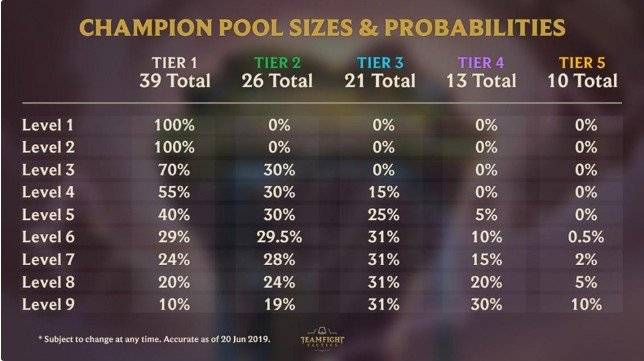 Both now have a a smoother drop rate percentage curve as you level up. It's easier to fit those Tier 2 and 3 champions into your strategy and utilize them now. 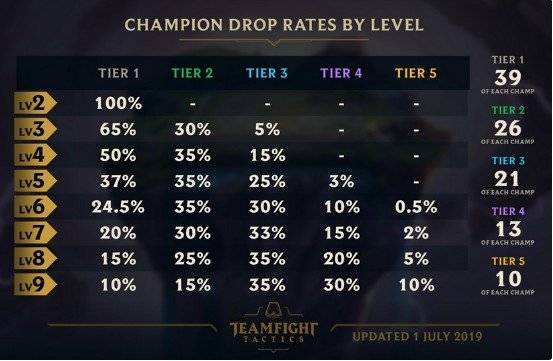 However there's a catch. Tier 4 champions now have slightly smaller chance of dropping at Lvl 5. and Tier 1 units' drop off is far steeper now.