The update of Warships Fleet Command ver 2.021 is complete, and the changes are announced below.   1. New contents (1) New battleship Vanguard added 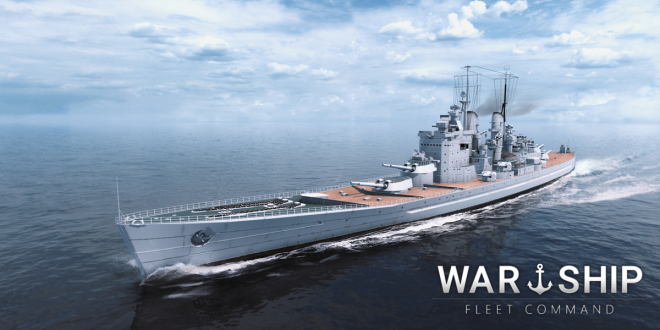 (2) Warship modernization added - You can work on the modernization of your warships in the lab. - The modernization slot is unlocked according to the level of perfection of the ship, and up to 5 modules can be installed.   - You can change a warship to a module in the analysis menu of the lab, and then put this module on the ship.   - The grade and type of modernized modules that are produced differs from the ship used. - Mod upgrades can be added using other modules to the modernized module.   - Mods have an equivalent effect to 10% of the effect of the modernized module used.     2. Changes (1) End of Pre-season - After the pre-season ends on the 3rd of Nov at 00:00(UTC+0), the regular season begins on the 5th of Nov.   (2) Equipment Stat changed - Debuff of all equipment has been weakened to about 50% compared to the previous one.   (3) Attendance reward and Daily quest reward increased   (4) The amount of Supplies in the port increased - The amount of supplies you can keep has been increased by 100%.   (5) Change in the Bermuda Triangle - The condition of unlocking Bermuda Triangle has been eased.   (6) Daily support odds have changed - You can obtain ships and equipment of higher-grade in Daily support more easily.   (7) Increased ad rewards for transport trains - The reward for watching advertisements is increased from 2x to 3x.   (8) Chance of obtaining 3 grade ship from Emergency support increased - The probability of obtaining 3 grade ships through Emergency support has increased, and the probability of obtaining 1 and 2 grade ships has decreased.   3. What to expect from next update (1) New frontlines and ships will be added.