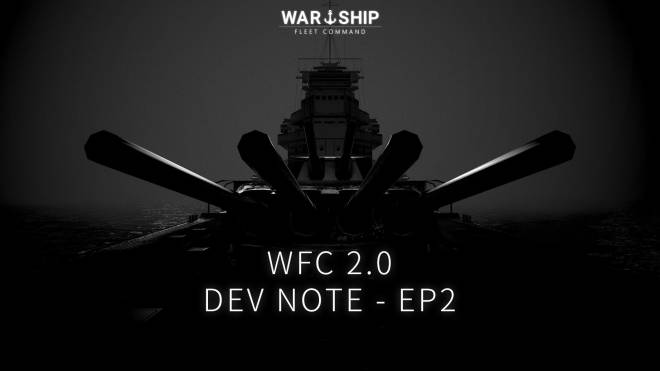 Hello. This is GM Jerry.   This topic is about the appearance of v2.0 and plans for visual enhancements to be developed in the future.   ​ 1. Improved visuals   Warships Fleet Command (WFC) is now in its second year of launch. We are able to improve the graphics quality by applying the next generation rendering pipeline to our game in line with the hardware performance that has evolved over the past two years.   There is a disadvantage that the required specifications are higher than v1.0, but...   In line with rapidly evolving hardware, it opens up the possibility of higher quality builds for iOS and PC.       a-1. Changes in the rendering pipeline

-Color expression has been diversified according to the water depth, local weather and natural environment, and the quality compared to the performance requirements has been improved.   -As the rendering method has been renewed, the overall quality of the graphic has been improved so that realistic light sources and textures can be produced.   -Performance degradation cannot be avoided on low-end devices, but the frame rate is preserved by minimizing options.       a-2. Realistic physics-based light 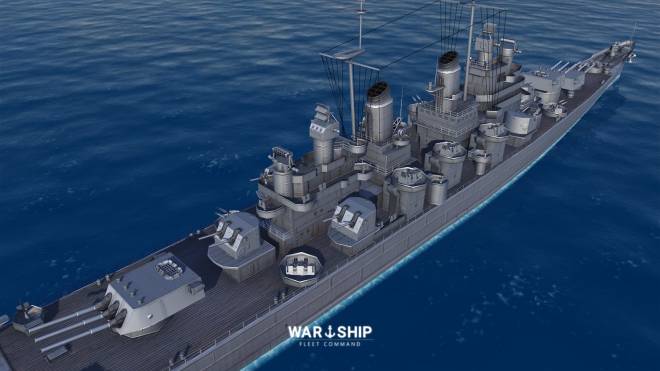 -The texture of metal, glass, and wood, which are the main materials of warships and aircraft, is reflected to show rich physics-based lighting.       a-4. Expressing obstacles such as islands and landscape 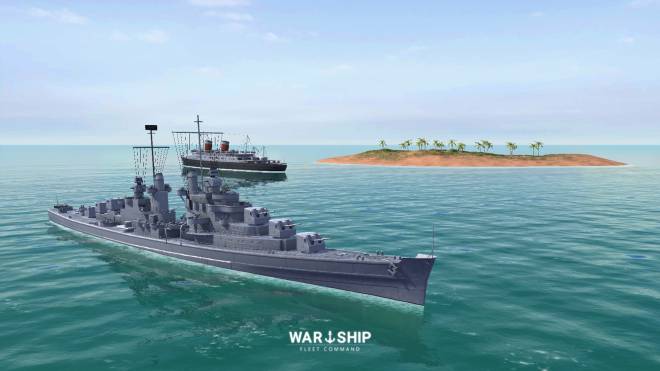 -Island obstacles such as reefs, cay and rocks have been added, and obstacles in the battlefield can now be expressed.         2. What are your plans for visual enhancement after v2.0 update?     b-1. Angle rotation of the main turret barrel 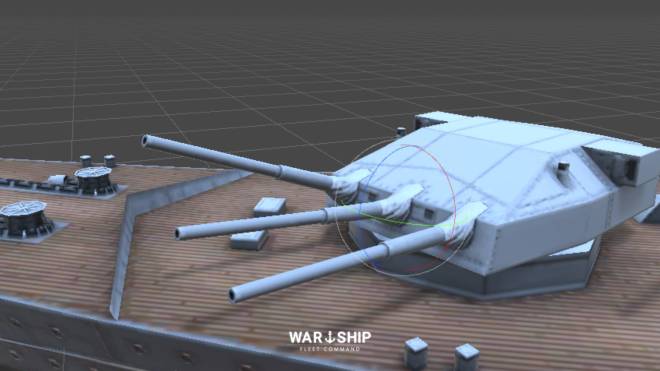 -We plan to study whether it is possible to optimize and implement the appearance of increasing the gun angle according to the range of the ship's main gun barrel.       b-2. Cutscene and spectator camera post-processing research 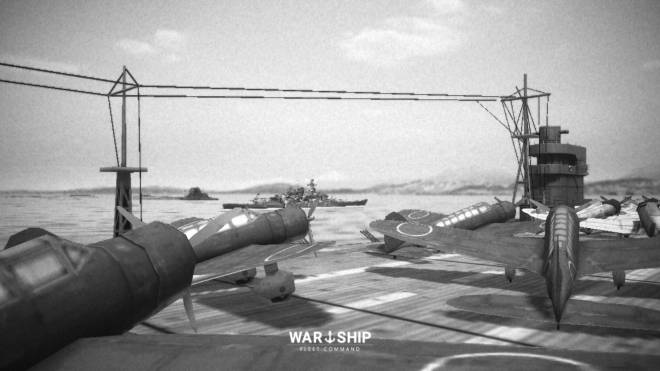 -We plan to study to create an atmosphere that suits the situation through post-processing on screens such as cut scenes and spectator cameras (aircraft cameras).       b-3. Effect Enhancement Research   -We plan to study the light source and quality enhancement of the effect. We plan to further subdivide the effect, such as separating the effect according to the caliber of the cannon.       b-4. A study on the structure cutting of a sunken ship   -We plan to study the direction in which the sinking warship is cut or separated. If the optimization is technically difficult, it can be canceled.       b-5. Study on the realization of the sea wave

-We plan to study whether the waves of the sea and the shaking of warships can be physically optimized and implemented at the same time.   Regardless of the actual accuracy, it is only planned for directing purposes. ​     3. Finishing the note   In actual game footage, the visual quality may be lowered due to the resolution limitation.   Final quality may vary depending on testing and continuous optimization. (LG G5 / Q6 test-5-10 FPS dropped compared to v1.0 in High option)   In addition to the visuals, we plan to prepare the sound to be improved.   The sound is expected to be ready after the v2.0 update, and we will inform you through the next developer note.   Preparations for the v.2.0 update are now entering the mid-term.   In spite of the efforts, we inform you that the schedule for the full moon has been delayed than expected.   We expect to have an alpha version ready for testing at the end of April.   In addition to v2.0, which is being prepared, the planning of follow-up contents such as v2.1 followed, and the schedule increased than expected.   We apologize to all of the commanders who have been waiting a lot due to the delayed schedule.   We will do our best to advance the next developer notes and schedule so that your waiting time is not boring.   Thank you.