* In updates not far away, light and heavy cruisers may be categorized for clear identification. The tier will not change, but the new ship type icon will help make it easier to identify.   - Unbalanced gun penetration and armor status In PVP battles, the gap between the gun penetration and armor that the ship possessed was too large to make it difficult for the shell to penetrate.   With this update correcting that balance, you can try new part settings in PVP battles.     * Hull Responsible for the defense performance of the ship. (The higher the status, the better ▲, the lower the better ▼) 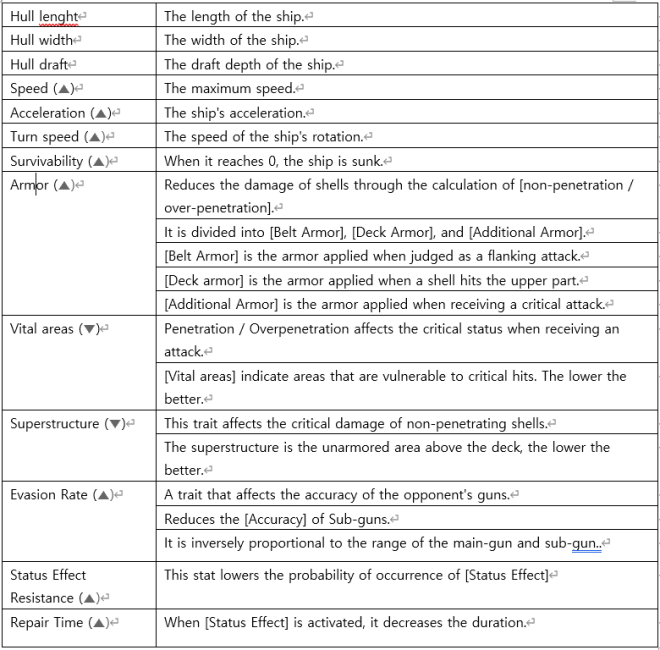 * Main gun It is the main weapon that deals damage through the armor with high penetration.   * Secondary(Sub) Gun It is the sub weapon against relatively low weight ships based on its high rate of fire and low penetration. Only flank shots are possible. (It only affects belt armor.)

* Torpedo It is a weapon that ignores all armor and deals strong damage. 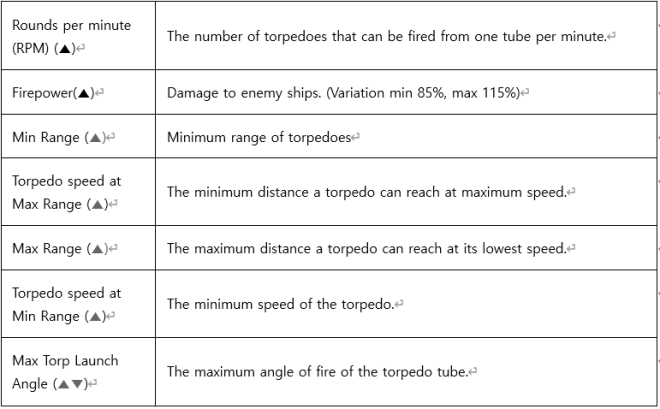 ■ Aircraft carrier - Aircraft carrier module production / change time is reduced by 40 ~ 60%.     ■ New ships - 3-star battleships [Bayern] and [Marat] will be added to the T1 ~ T5 blueprints and legendary supply packs.     ■ New bundle -The 5-star destroyer [Yukikaze] and the 4-star destroyer [Shigure] will be added to the [The Miracle Ships] package as a limited.     We apologize for the delay in the release of the update after many tests and fixes.   This v1.68 update is a necessary process for balance between ship types, redesign of aircraft carriers and Battlelines, and new content. We will continue to collect feedback and refine the game after the update.