Ogrimmar - Ogrimmar seems to be a place of battle and war. The heavy beat of the drums and brass instruments that go along with it take over the entire piece. If I were to make a guess about the story of Ogrimmar, there's much conflict involved and potentially some devastating history behind it. 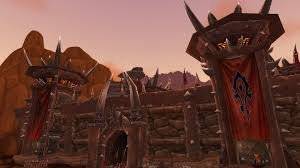 Correct! Ogrimmar has plenty of war history and there's even a raid that was made, called "Siege of Ogrimmar".   Undercity - Undercity uses vocals and string instruments beautifully. Typically you'll have a lot of mystery going on with these sorts of pieces. The beginning starts with heavy percussion instruments which, like Ogrimmar, symbolize that there was probably heavy warfare going on. 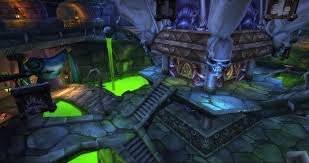 Correct once again! Undercity is quite a mysterious place when you think about it! It's all underground and quite a maze to find your way around. There's plenty of warfare in its history and I definitely think the description is spot on.   Darnassus - The brass instruments and natural sounds make me think of mother nature winning a war. It's absolutely divine to listen to the vocals, the natural ambience, and the accompanying instrumentals that go into this. My guess is that nature heavily influences this city and that there's some warfare in the history. There is a little mysterious feel but that could just be my interpretation of the piece. 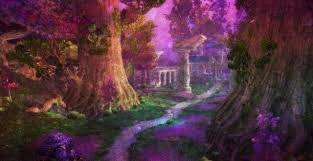 Super accurate! Darnassus is pretty much an all-outdoors place except for a few little places here and there. There's plenty of nature to enjoy and the sound of nature is what you'd expect from the region when you look at it! It's heavily worn down and is in need of a makeover, which is strong evidence for the idea that there's a history of war here.   Exodar - Percussion and woodwind instruments make this place seem massive and very... open. I personally play woodwind instruments and the feeling of being released is beautiful. I felt that in this piece. There's so much space I can envision, almost like the musician is somewhere in this place, playing in isolation, making the beautiful music that I heard. 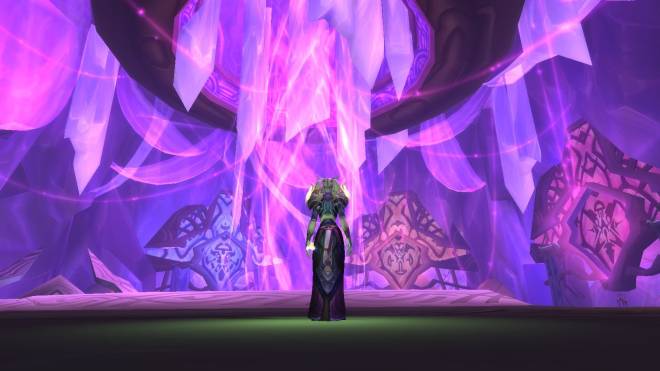 Wow! Exodar - for anyone who doesn't know - is HUGE. It's easy to get lost and absolutely BEAUTIFUL. If you're ever in game and need a place to sit around, that's the place. I personally never realized how spacious the place was until now.   Thunderbluff - Some percussion gives off the idea of war, again. But, the woodwind seems to just be keeping to the beat from the drums and it's like there's a magnificent story to tell here. I personally enjoy this for the reason that it reminds me of what you'd expect to hear from the Native tribes, except more wholesome because we're clearly using more instruments. It also seems like a really large area and there's some lore here that'd be really interesting to learn about! 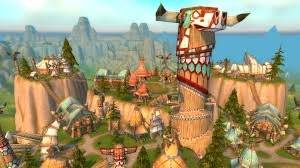 Exactly! If you've ever been in Thunderbluff or the surrounding area in general, you know that it's a gigantic open area full of animals (connection to the tribe comparison) and that there's some warfare historically, but there's more storytelling than anything. The NPC's in the town also dress more Native-like than any other race which is actually an amazing comparison that was made!   Ironforge - Heavy brass makes this seem like a really successful city. There's some extreme strength here and the might is overwhelming at some points! This seems to be a more... “worked on” city? It definitely took a lot of effort to make it what it is, to put it in simpler terms. 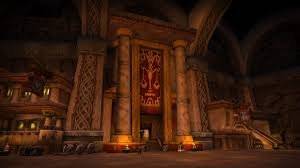 Ironforge is an absolutely amazing city when you look at the fact that it was created by the gnomes. Everything there is made of stone and the idea of superior smelting and crafting is magnificent! Our musician knows what she's talking about!   Stormwind - First off... wow. The vocals... the percussion... the woodwind... this place is the epicenter of SOMETHING. There's war, great history, and a tremendous amount going on here. If you listen to the whole piece, there's probably a story that is being told about the uprising and the downfall (if there is any) for this city. It also feels medieval in some ways. I'm not sure exactly what gives me that feeling but I can definitely see that being a theme. 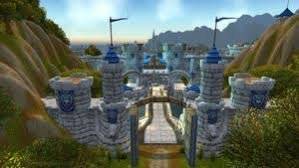 Spot on! Stormwind is the most populated city in the game for the Alliance. The medieval theme isn't bad at all. City life includes lots of varying people and apparently all of the variations in the city are audible to our musician! And yes, Stormwind is EXTREMELY important and deserves the music it has.   Silvermoon - Lots of brass makes this seem pretty big of a place. The strings make it seem elegant. By the way, Undercity's strings are very different from Silvermoon's. Undercity is more dark but there’s also more solos played in the piece. For Silvermoon, I'm hearing some vocals, brass instruments, and much more to accompany those string instruments. Everything about the piece says "BIG'' and "BEAUTIFUL". There's power in this piece, also. If I had to make a guess about something here, the people are very proud of themselves. 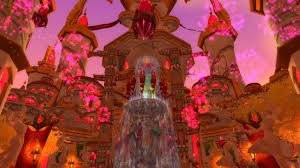 The comparison to Undercity is exactly right! Silvermoon and Undercity are quite literally the opposites in visuals! The place is massive (although empty these days) and the colors are very vibrant. If you've ever seen the stature of the Blood Elves, you'd assume they're the cockiest of the races. I really like the personality our musician put into describing the locations and the people she doesn't even know about!     There we go! Our musician seems to know what she's talking about! If you want more insight on what she thinks, let me know and I'll get in contact with her to do more of the wonderful pieces from around the entire game! From the sands of Tanaris to the barren ice deserts of Icecrown... even the underwater region of Vashj'ir has wonderful music to listen to. If you want her insight, she'll be happy to give it! Also, one more note from her. "I definitely recommend people listen to this music just for the sake of listening to it. There's a lot of time and work that goes into preparing these kinds of pieces. You have to match the story and that means getting the right instruments, pacing, and the right musicians to make it all happen! People should definitely listen to the music just for the sake of listening!"   So, there you have it. Enjoy!