World of Warcraft... After 12 Years

I remember the days of leveling up my first ever character in World of Warcraft. I was about 8 or 9 years old at the time, admiring the world as I traveled through it. As a typical young kid, I remember choosing to play as an orc since he was such a tough looking guy. I also didn't have as much time as the typical WoW player, given the restrictions for playtime at my age, but I vividly remember interacting with other players as I went throughout Kalimdor and explored all sorts of places. The starting zone of Durator. I travelled towards The Barrens, Ashenvale, Un'goro Crater, Tanaris... and probably so many other places I can't even remember. I made it to Outland and soon made it to the new expansion location... Northrend. My character still sits there in the Borean Tundra most likely, just waiting to reach the new max level cap of that time, which was 80. 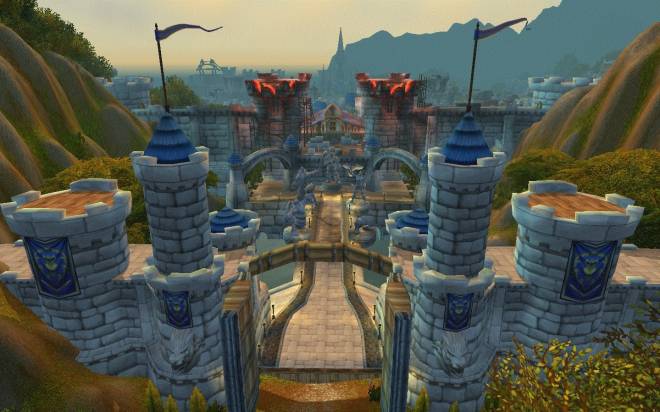 Today, there's a lot of big changes we can look back on. These events were almost 12 years ago and the max level cap, the amount of zones available, and almost everything else is different. For a new player, this is pretty cool and it's great to see a game full of different things to do and different places to go. Such beautiful places. Such... empty places, though. In the last 12 years, it seems that no one is out there leveling characters anymore. This definitely isn't the case, but after coming back on the day of the Battle for Azeroth expansion, I was surprised to find myself alone. Neither the Horde or the Alliance seems to be anywhere except for a few select areas. Your most heavily populated areas are always the major cities of Orgrimmar and Stormwind City, followed by Ironforge and Undercity. Then you can also go to Dalaran to get a glimpse of a dense amount of players. Then you can go to the starting zones for new characters to see other people actually playing. After that... nothing. 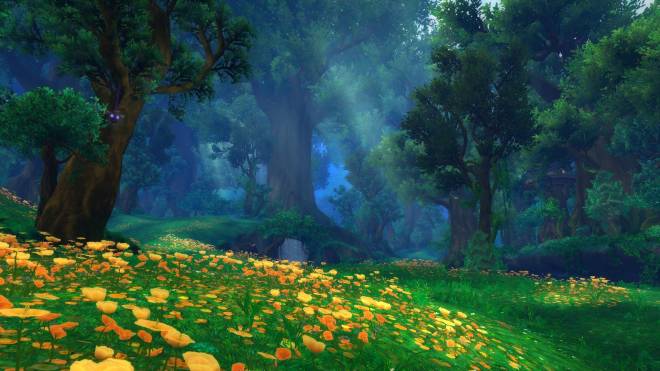 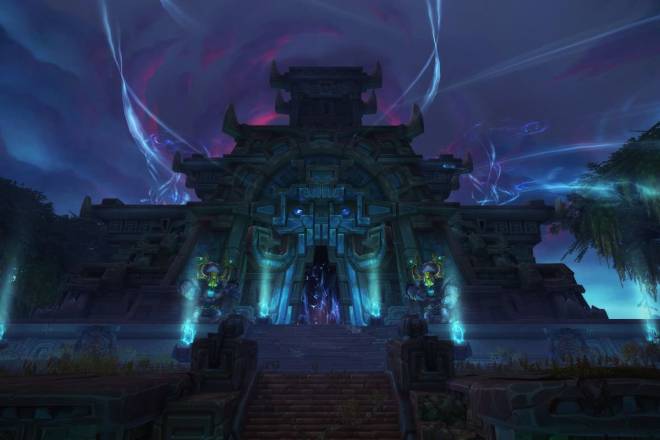 I remember the struggles of doing the quests in Un'goro Crater with my warrior, looking to party up with anyone who was killing the giant dinosaurs or collecting the colorful crystals. The game wasn't significantly difficult but there also wasn't a character that could take on 10 of its own level and manage as easily as characters can now. Un'goro Crater was dense with enemies and you could easily get swarmed with the wrong kiting routes. This really forced you to play with other players which at the time, wasn't hard to do. Now, 12 years later, the chats are empty in Un'goro Crater and in most other parts of the world. 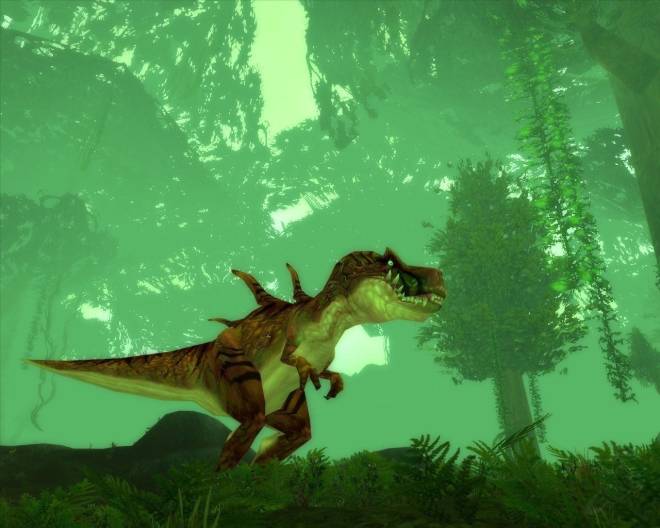 A major reason why something like this has occurred is because of the high playability and leveling factors you have with max characters. No, you're not leveling your character, but you're making them stronger these days with dungeons, raids, and tons of daily quests which takes up a lot of peoples' time, making them less likely to start a new character and actually level through the game. Because the max characters we play with only have a limited few areas available to them for reasonable questing, the entire world is abandoned practically. Ironically, the biggest continents in the game have the fewest people, minus two major cities on each faction and Dalaran. What is there to do? 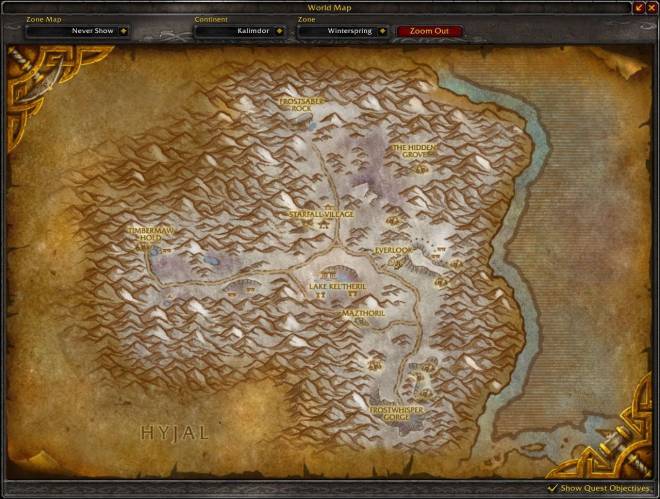 Before all of the heavy influence of strengthening your maxed characters so much, there were so many things going on. Factions attacked each other outside of opposing major cities. Raids to kill the kings and queens were being queued up to make a statement. People traveled to Wintergrasp to fight the (at the time) most intense battleground they could get. All in all, there were things to do. People even went as far as harassing each other in random cities in the most distant places like Thousand Needles, just to get the other side to bring their max toons to the area and fight in a zone that can't even see your level because you're too high for them. 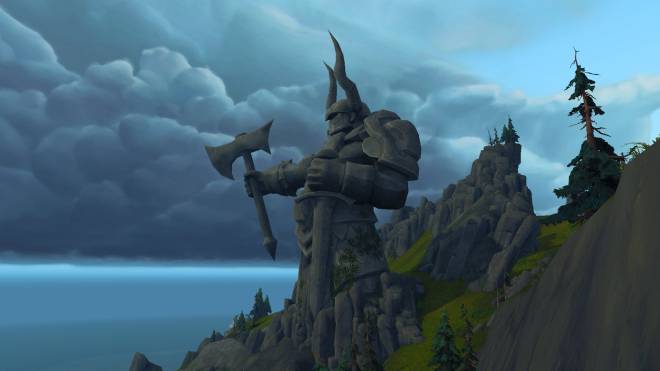 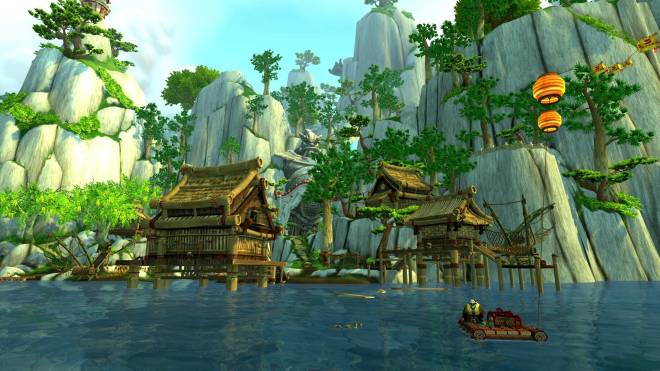 I've talked with quite a few people and I am constantly getting similar comments about this being a problem for them. I think there's a few things that need to change to make WoW a little more fun these days... and no, WoW Classic is not the answer. We need to keep all of the zones active. We can keep Azeroth, Draenor, and Outland in the game, but we need to make them worth playing in. Special events constantly going on around the world would add some spice. Bonus events every week for doing quests in select areas to revive abandoned places like Winterspring, for example. Dungeon bonuses for people who complete them (just buff them to match the level of peoples' characters). This would bring more to different parts of the world and create more activity in different zones. More PVP fights. More achievements. More fun for people who remember leveling there in the past and more fun for people who've never stepped foot in that area (they probably just flew over it to get the exploring achievements). 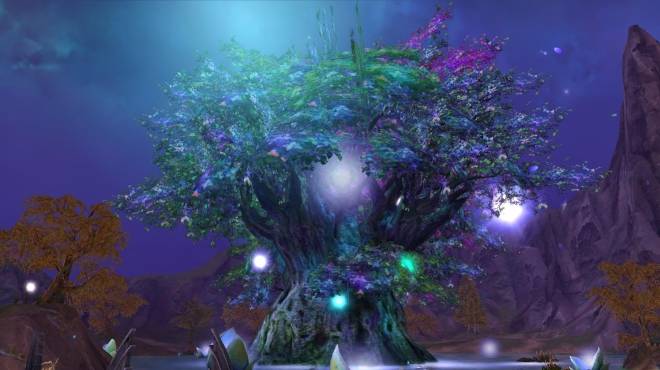 Incorporating these sorts of events may not necessarily make people start new characters to level in those zones, but there would be more playtime in places you normally wouldn't go with a maxed out character. More PVP quests in several places around the world would make for intense competitions to see which faction can be dominant in certain areas, especially if a zone is predominantly Horde or Alliance populated. The only way to really get people to start making new characters again would be to reward people for doing so, which may be a little difficult to do. I think Blizzard is completely capable, though. They did create the entire game as we know it, didn't they? Surely they can fix it. But one problem needs to be fixed at a time. The biggest problem at the moment is how boring the game is becoming and that's because of the lack of variety. Variety that is just a few zones away and would take you a whole 5 minutes to fly to with that rare dungeon drop you got so many years ago. All we need is a slight push.