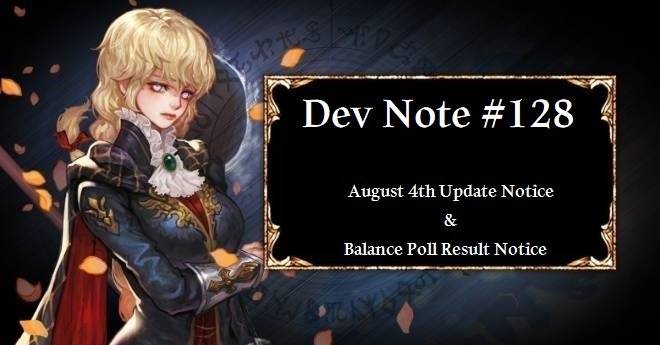 Greetings Heirs,   For today's Dev Note, we would like to share some details regarding the 8/4 CDT Update and the result of voting for Servant Balance. Usually, we hold our update on Monday (US Time) / Tuesday (KR Time). However, due to several reasons, the first update for August will be on Tuesday 8/4 CDT.   ====================================================== Combine ======================================================   In the July Update, we have reduced the condition for combine to lower the hurdle for Heirs. Also, we have selected combine servants who are obtainable early in the game to provide more help to the new Heirs.   We have been gathering data of combine servants and after reviewing them, we came to a conclusion that it would be more beneficial for the early stage of the game play if combine servants were permanent.   Thus, starting from the 8/4 CDT Update, a total of 3 servants will be permanently enlisted in combine. (Fire Ignis, Water Mildred, Forest [A] Sphinx) Due to the new addition of permanent servants, Water Heylel will no longer be permanent and will be removed from the combine list. The 3 permanent servants can be combined once per month.   Servant materials required to Combine: ⭕ Fire Ignis - Fire Griselda + Water Mary + Forest Laura + Dark Dunkelhund   ⭕ Water Mildred - Fire Charlotte + Water Executioner + Forest Rakshasha + Light Gretel   ⭕ Forest [A] Sphinx - Fire Enoch + Water Father Hopkins + Forest Koume + Dark Marat   Fire Ignis was already included into the Combine in the previous Update. Those who Combine Fire Ignis between August 1st ~ August 4th will be able to Combine one additional Fire Ignis in August.   As for Water Heylel, if you did not combine her yet, please combine her by the arrival of 8/4 CDT update.   ====================================================== Servant Balance ======================================================   We are continuously balancing servants to provide wider spectrum of servant choices for everyone. Until now, it took some time for us to actually bring in the servant balance adjustment based on the data we collect. The reason for the delay was the nature of in-game data that we gather by observing the usage of servant in the game. Gathering these data took long time because of the time it required for Heirs to grow the servant and actually adjust the new servant into the team.   The release of Bond and Decompose system rapidly reduced to time to grow new servants which also increased the number of Heirs using new servants right away. As a result, many have suggested that servant balance must be done as soon as possible after releasing a new servant so that it does not cause any confusion or negative feelings. Thus, from now on we will now be conducting servant balance within 1 ~ 2 months after the release of new servants. If we face an issue, we will share our direction of servant balance beforehand.   For the first servant balance adjustment, we have decided balance one of our newest servant Yarane.   ⭕Yarane   The most unique factor of Yarena is her passive where the Breath of the Wild would activate only if ally tank is same element as her. We planned this passive to promote Heirs to use a tank servant that is same element as Yarane and create a new team composition.   However, because of this quality of Yarane, we noticed that many were not using Yanare and saw reduction in her usage in the game. Thus, we decided to change her passive and remove the factor where the tank servant must be an identical element as Yanare in order to activate the Breath of the Wild. Therefore, we will be changing Passive of Yarane of all elements so that it can activate without a Tank servant of the same element.   ⭕Teresia   Fire Teresia Many have suggested that it is an disappointment that Fire Teresia does not have any revive skill nor have heal effect in her combo skill. Fire Teresia will now heal all allies by 50% of caster's max HP upon Combo Skill usage.   Dark Teresia Currently, Dark Teresia has a weak team passive skill compared to other Light/Dark servants due to her powerful effects. Many have suggested and pointed out her weak team passive skill and thus, we decided to buff her team passive to "Increase all allies (all element) HP by 57% in PVP.     ⭕Nuu   We have been getting feedback to improve DEF-Based DPS servant for a while. Currently, it is difficult to utilize DEF-Based DPS servants unless we make a huge change to the meta. For this reason, we brought multiple buffs to DEF-Based DPS servants. In order to reflect additional feedbacks regarding DEF-Based DPS servants, we will be buffing Nuu.   While Nuu has a powerful Passive of blocking enemies' buff, this Passive didn't activate that often since it has a separate activation rate. Therefore, we will be improving activation rate for different elements so that Passive can activate more often.   Fire Nuu: 40% chance when any attack lands as a Crit Hit instead of 30% Water Nuu: 40% chance when any attack lands as a Crit Hit instead of 30% Forest Nuu: 70% chance upon skill use instead of 50% Dark Nuu: 100% chance when a skill lands as a Crit Hit instead of 80%   ====================================================== Group Placement Condition Adjustment ======================================================   Among the Rank contents, PvP, Infinite PvP and Boss Invasions are designed so that Heirs go against other Heirs of similar level through group placement.   We adjusted Growth Score standards of Diamond Group after 10th Transcendence Update. Since many Heirs started achieving high Transcendence, we will be adjusting overall Group Growth Score standards. 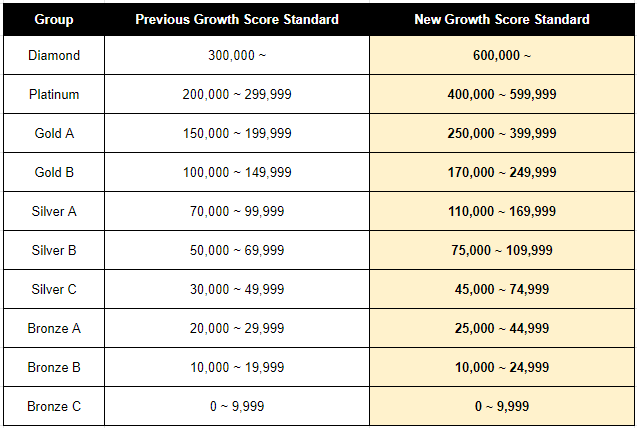 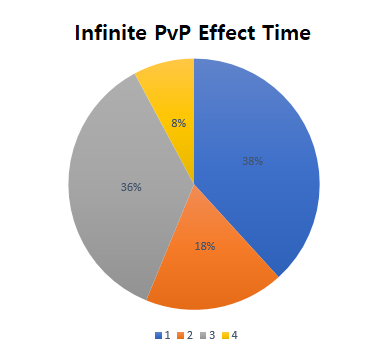 1. Allow effect timer to stay active even during Combo Skill so that battle time and effect time stays consistent in Infinite PvP. - 38% 2. Decrease duration of skills that provide effects for n seconds after the battle starts. - 18% 3. The issue is really not a problem. - 36% 4. I am not interested in this poll. - 8%   While the most optimal option of synchronizing effect timer and battle timer won the most vote, a lot of Heirs also suggested that we don't need to make any change on this subject.   Many Heirs also expressed their concern about possibly overwhelming change to servant balance. Some Heirs mentioned that we should take multiple steps in this change since some issue can be addressed by adjusting certain servants. We also received concerns about the impact this change will have on all Passive incorporating time. Some feedbacks include concerns that servants might start losing effect during Secondary Mark activation.   We will review the issue once again before finalizing our next move.     ⭕Light Heylel Nerf 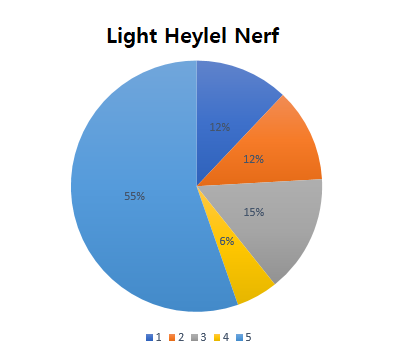 1. Decrease Buff Removal to 1 and remove Immunity - 12% 2. Remove Debuff Removal, Decrease Buff Removal to 1, Decrease Immunity to 10 seconds - 12% 3. Remove Shield & Immunity, Set Buff Removal to 2 - 15% 4. Remove Debuff Removal & Immunity - 6% 5. Light Heylel doesn't need nerf. - 55%   Many Heirs went against Light Heylel's nerf, while small amount of Heirs suggested that it is necessary to nerf Light Heylel in the long term. Other feedbacks include: > This should not be decided based on a poll > The options on this poll are rather extreme. Nerf is necessary but something less extreme would be better > Some Heirs have been working on Light Heylel past 6 months. It isn't fair to nerf her now. > Light Heylel is not too OP on her own, but the combination of Light Heylel and Dark Demian is too much. > Indirect nerf rather than direct nerf will be better   We decided to put more thoughts into the subject before we make a final decision. Since many Heirs went against the nerf, we will try our best to avoid extreme nerfs.     ⭕Dark Demian Barrier Duration Adjustment 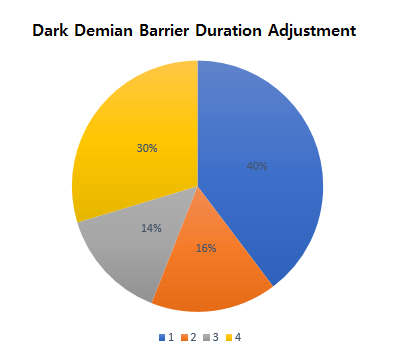