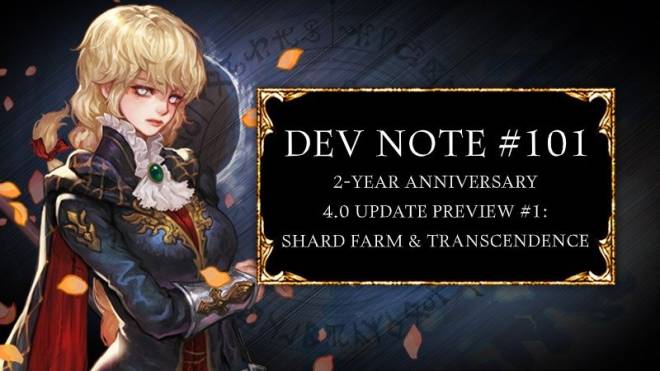 Greetings Heirs,   How are you guys enjoying the Growth Score system and the newly revamped league system? We believed that these new changes have a lot of positive potentials to resolve current problems in the game however, we were a bit worried because we cannot deny the fact that these are some of the biggest changes in the history of Heir of Light. After the update, we have been constantly reviewing the community feedback and many have shared positive feedback. Also, fortunately, there were more positive responses from new users and low group users as intended.   We have been thinking about how we can provide a fun gaming experience to the new users and make them fall in love with our game. Rather than focusing on narrowing the gap between the new users and current users, we divided the groups according to each Heir's growth and allowed users to compete against others with similar levels. So these changes can be seen as the skirmish of the 2nd anniversary 4.0 update that's in preparation.   Going one step further, the 2nd anniversary 4.0 update will contain more revamps and changes. We believe that we must share the upcoming changes in advance to all Heirs.       ⭕The first topic is the revamp of "Shard Farming"   Many of Heirs are growing their servants by obtaining them from Shard farming. To strengthen and grow a servant, you need to obtain gears, elemental stones, and other resources from different contents. However, once users start shard farming, many users just tend to shard farm all day as shard farming on its own is a very time consuming process. Thus, for the first time in the history of Heir of Light, we decided to create content where you can shard farm even when the game is turned off.   We think that we should have more updates that are for the current users as we have been bringing updates for the new users. So we decided that an update to ease the shard farming for the current users was needed because volume of must-do contents gets larger as you progress further into the game.   This new update is for the current users, so the difficulty of the new content is not easy but we think that it may have an effect on the daily game patterns.       ⭕The second topic is the revamp of Transcendence   Before we get to the topic, we need to talk about the history of Transcendence   In August 2018, the Transcendence system first was introduced with the 2.0 Restart Update due to the need of expanding the servant growth and in order to resolve issues where many NAT 5 servants were just being stashed away without any use. You were able to Transcend a servant up to 3 times by using the same servant with the same element as materials.   However, obtaining the servant you desired was not easy because obtaining servants was only available from Summon. It also made it more difficult for the user to reach transcendence 3 on a servant. So in November 2018, the Fuse system was added with the 2.3 Update.   In December 2019, the Craft System was introduced with the 2.4 update to easy the difficulty of transcendence again.   In January of 2019, we expanded the max transcendence from 3 to 5 due to the need of expanding the servant growth as the number of users reaching Transcendence 3 increased. We believed that the game was in a situation where the expansion of Transcendence was needed. However, many have expressed the feeling of sorrow because many have already used their duplicates in Fuse or Combine and also because we did not make an early announcement about the expansion of Transcendence.   During this time, many users have greatly expressed their stress regarding the expansion of Transcendence and how they have already used up their duplicate servants. Thus, we announced to the community through the Dev Note that we will be very careful making decisions about any servant growth after Transcendence 5 and that there won't be any further increase in transcendence for a while. We increased the capacity of servant growth by adding different methods to grow your servants such as Super Enhance for gear, Potential Skills, and more.   In fact, unlike the other contents, the Transcendence system uses the same servant with the same element as the material for every transcendence. So if you attempt to transcend a servant that you have obtained for the first time, it is quite difficult. Once the servant reaches 3 ~ 4 transcendence, it becomes more viable in many different contents and has its usage in the game. However, at some point, [Servants are only useful after Transcendence 5] became a rule for using the servant which led to users stashing away their low transcendence servants.   In preparation for the 4.0 Update, we thought and reviewed other topics including the Transcendence System. We came to the conclusion that a major revamp is needed to provide a better and longer game service to the users.   The Transcendence System will be different and will have a different method once it is revamped. The same servants will be needed more even if the servant is already Transcendence 5 and the new Transcendence system will be related to the revamp of Shard Farming. More details of each content's revamp will be shared in the next Dev note. So if you currently have or happen to obtain duplicate servants of your Transcendence 5 servants, we advise you to think carefully about it before using them for Fuse or Craft.   Thank you