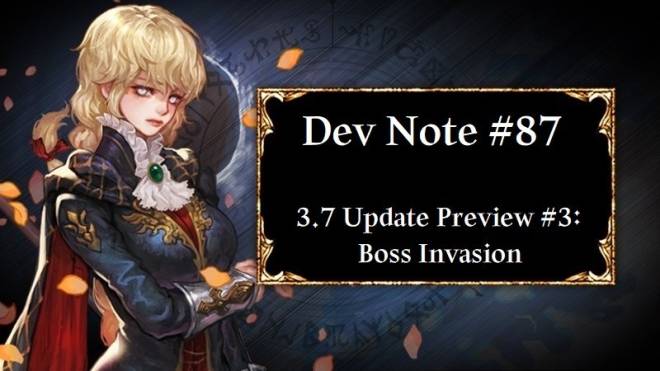 Boss Invasion is "Invasion" based content where battle rules of PvP applies.   When Heirs place their servants, Heirs won't be able to place duplicate servants of the same element.   Boss Invasion is a quite difficult content that requires various strategies. We tried to be as specific as possible with our Recommendation and Skill Description of the Boss so that Heirs can build effective strategies.   Boss' attack consists of 3 phases. Following are characteristics of each phase.   🔶Phase 1:🔶   Boss has a chance of doing ignore-defense attack to Tank servants of team 1 and team 2 in turns. >> If Tank servants did not develop sufficient DEF Ignore Resist, the Tank servants will receive powerful ignore-defense attacks.   The damage increases as the HP of the target decreases. Also, entire team will receive the same amount of damage that the target receives. >> If the Tank servant has low HP, entire team will most likely get wiped.   🔶Phase 2:🔶   Boss will do damage based on SPD to the target along with Healer & Support servants >> If servants didn't develop proper SPD Reduction with their Potential, they will receive very powerful attacks.   🔶Phase 3:🔶   Upon entering Phase 3, all servants beside DPS servants will be defeated. Boss will attack the servant with highest DEF among the surviving DPS servants. >> DEF-Based DPS servants need to tank for the team.   5 units of "Eyes of the Abyss" will be summoned to perform concentrated attacks on the servant with highest DEF. >> AoE DPS servants need to take down "Eyes of the Abyss"