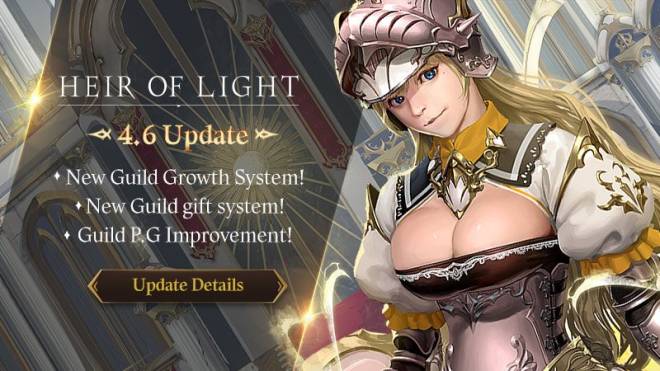 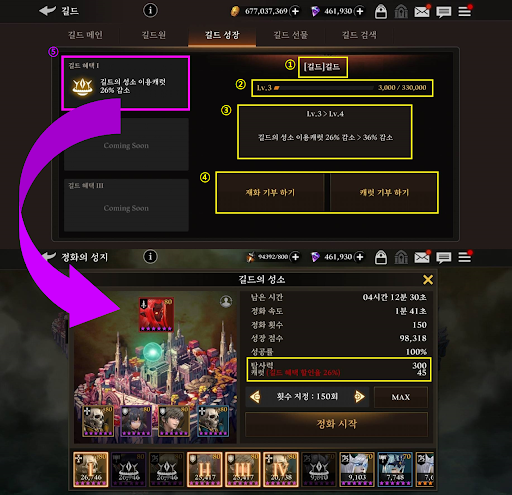 ① Guild Name ② Current Guild level & accumulated Guild EXP / Guild EXP required until level up ③ Perks available when your Guild levels up ④ Donate Currency Donation: Gold, Elemental Stones, Crafting Materials, Potential Enhance/Change Stones, Transcending Aura, Conversion Stones Karat Donation: Karats ⑤ Guild Perks: Currently active Guild Perks   2) How to Level a Guild > Any member of a Guild is able to contribute to the Guild's EXP by going to [Guild] > [Guild Progress] > [Donate]. > [Donate Currency] and [Donate Karats] each have a limit to 10 donations a day, with the counts being reset at 12:00 AM server time. > The minimum amount you can donate and the EXP earned per donation is as follows.

> The required EXP for leveling up your Guild is as follows. 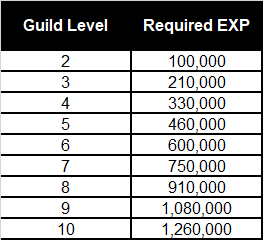 3) Guild Donation/Leveling Perks > When you donate to your Guild, you will receive a Donation Reward. Details of this reward are as follows.

> Raising the Guild's level through donations can unlock Perks, the benefits of which can be enjoyed by the entire Guild. > New members may start enjoying Perks the same day they join. > When you leave your current Guild, or when your Guild is disbanded, the Guild Perks you received and any currency used towards raising that Guild's level will disappear.     4) Guild Gift > Each time a Guild Member makes a paid-purchase, all Guild Members will receive a Guild Gift. > Guild Gifts can be claimed by all Heirs who joined the Guild before a Guild Member makes a paid-purchase. > Heirs that left their Guilds cannot receive Guild Gifts. > Guild Gifts will vary based on the price of the purchase. 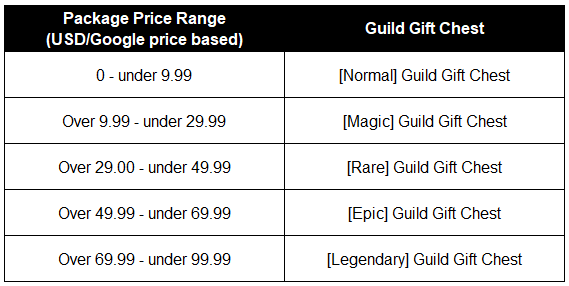 > Based on the grade of your Guild Gift Chest, you will randomly obtain 1 item from the following list. 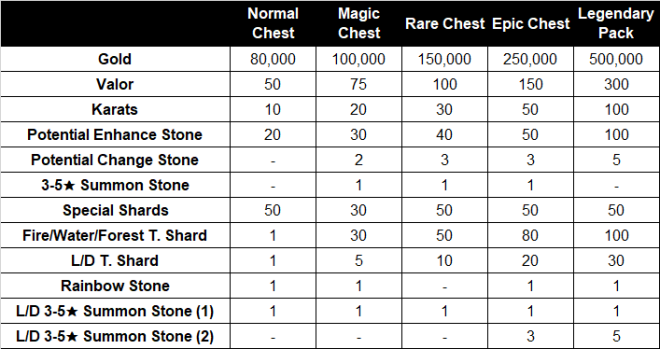 > An announcement will be made in the Guild Chat when Guild Gifts are set out. 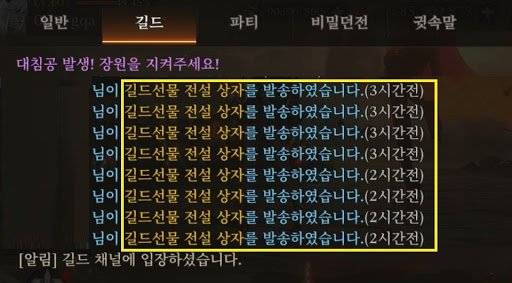 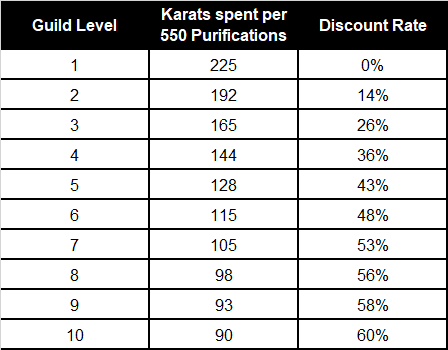 > The level up increase for Light Sphinx’s Feast of the Tail skill has been changed as follows.

[Potential Changes] > The following option has been added to #3-5 Normal Potential.

[Changed Damage Due to Potential Damage Reduction Effect] > The Normal Potential that reduces DEF Ignore Damage received upon being hit by a DPS will not be calculated after Combo Skill and AoE damage reduction has all been calculated. > No changes when only Combo Skill and AoE damage reductions are applied.   ◆ Improvements ◆ [Blocked Skill Display Added] > The conditions for showing you that skills have been blocked during battle has been changed as follows. > Previously - Silence > New - Silence, Freeze, Stun, Petrify, Fear > Blocked skill display has been changed for Silence, Freeze, Stun, Petrify, Fear.   [Battle AI Improved] > You will now be able to activate skills and Combo Skills while you're being attacked. This fixes the problem encountered in PvP, where your enemy used Combo Skill before you can use your Combo Skill, or where your ally uses active skill before your Combo Skill can be used. (But when you’re hit by a Combo Skill, your own Skills and Combo Skills will begin after the enemy's animation has completed.)   [Stage Name added to Battle Prep Screen] > Stage name will now be shown in the battle prep screen for the following contents. > Contents: Explore, Gear Dungeon, Awakening Dungeon, Guild Dungeon, Party Raid and Abaddon. 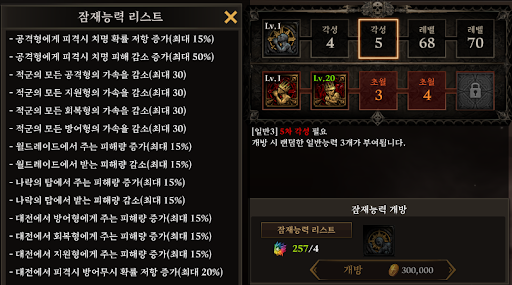 [5★ Select Summon Crafting Limit Adjusted] > Crafting limits on Fire/Water/Forest 5★ Select Summon has been increased from 3 times a month to 5 times a month.   [Combine Servants Improved] > Now you can Combine 4★ Servants using 3★ Servants that are not Awakened.   [Explore Stages EXP Increased] > Some of the stages in Explore will now give more EXP for faster level up.   [EXP Increased for 1-2★ Servants as Enhance Material] > 1-2★ Servants will now give more EXP when you use them as enhance material.   ◆ Other Improvements ◆ [Mass Invasion Servants Changed] > Servants appearing in Mass Invasion has been changed with 4.6 update as follows. > Mass Invasion is open from 2020/8/18 (Tuesday) after maintenance until 2020/9/6 (Sun) 11:59 PM. 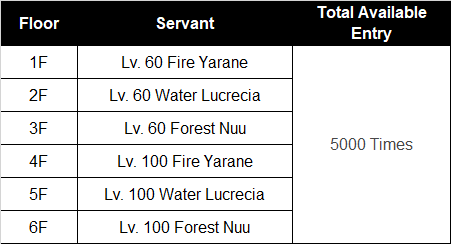