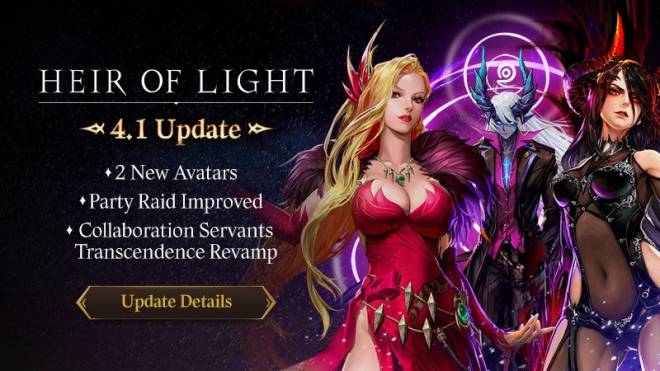 Greetings Heirs,   I am here with details of 4.1 Update. Please check the details below to find out what's new this update.   4.1 Update Patch Note:   ◆Update◆ [2 New Avatars] > 5★ Ruthless Gentleman, Ifrit and 5★ Enchanting Lady, Oracle Avatars have been added. > You can purchase these 2 Avatars at USD 9.99 per Avatar during this promotion period. (Price includes VAT, based on Google prices)

> The probability of Forest Oracle's bomb going off has been adjusted as follows.

[Light/Dark Servant Stats Improved] > The stats of L/D 5★ Servants have been adjusted to consider the difficulty of Transcendence for each Element. 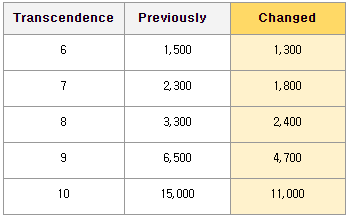 > If you've already completed 6-10 Transcendence, you'll get the following compensations

① How to use Skip Battle > Skip Battle can be used when you have played Boss Invasion once manually for the season, and have a record. > If you do not have a record for the seaon (because you have not played or failed to clear more than 1F), you cannot use Skip Battle. > You can play manually, after you have used Skip Battle.   ② Rewards > When you use Skip Battle, you can receive Daily Rewards based on your highest record. > Your Boss Invasion record you get by using Skip Battle will be counted in your Daily / Weekly Missions and Event Missions.     [Purifying Grounds Improved] ① Purifying Grounds Requirements Adjusted > Now you can Purify Origin 3★ Servants in Area 1 - Sanctum. > Now you can Purify Collab Servants in Area 3 - Altar.

> You can set your own ending condition shown below when starting Repeat Battle.

② Party Raid Battle Schedule Adjusted > Now Party Raid is not held to a daily limit, but a weekly limit.

> Battle counts will be reset every Monday at midnight. > If you have completed all 140 battles, you will not be able to continue Party Raid for that week. ※ We recommend that you save some of the available battle for the "[Party Raid] Clear 1 time" Daily Mission.   [Deployed Servant Saved for Each Content] > Now your most recently used Servants and their Marks will be saved per content. > If you're using different Marks for Explore and Infinite PvP, they will be saved per content so there will be no need to switch. > The Servant Team and Mark information will be saved to server so even if you change devices, you can still recall your most recently used Team and Mark. > DEF Team for PvP, Infinite pvp, and Global Infinite PvP will remain unchanged.. (The defence team for PvP will remain unchanged, and the defense team for Infinite PvP and Global Infinite PvP will be saved upon victory.) > For new users that have not played Explore before, your saved team will be composed of 4 leftmost Servants on your list. > Because this new save feature has been added, your previous team information must be updated.   [Lobby Change] > Now you can select the lobby backdrop you like. > You can select from Default/Beach/Halloween/Wintry.

[Gear Convert Effect Improved] > The effect for converting Gear has been sped up. 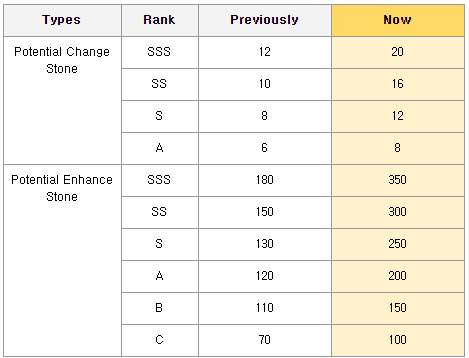 [Big Tile Difficulty Adjusted in Explore] > As 1st - 2nd Transcendence difficulty has been adjusted, the level of monsters appearing in big tiles in Explore has been slightly adjusted as well. 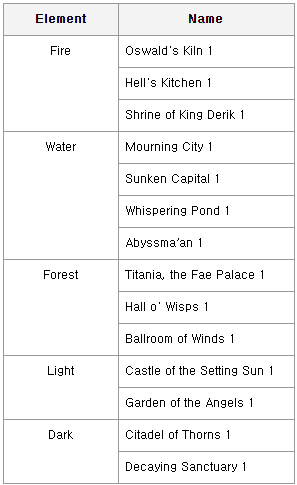 [Go Now in Quests Improved] > For Gold-obtaining missions, you will be moved to Gear Dungeon when you tap on [Go Now] button.     [Screen Ratio 22:9 Resolution Optimization] > Some optimazation work has been completed for screen ratio 22:9 (for zFlip devices) resolution.     ◆ Shop Updates ◆   [New Packs] > 3 new Packs have been added.   ① 2nd Anniversary Pack > 2nd Anniversary Pack, which includes 5★ Select Summon, has been added to Shop. > This Pack can be purchased once from Packs during the exclusive sale period.

▶ Items in all element 11F Clear Pack - All Servants you receive from this pack will be 6★, Lv. 60 and 1st Awakened. They will be equipped with +12 Rare Gears. 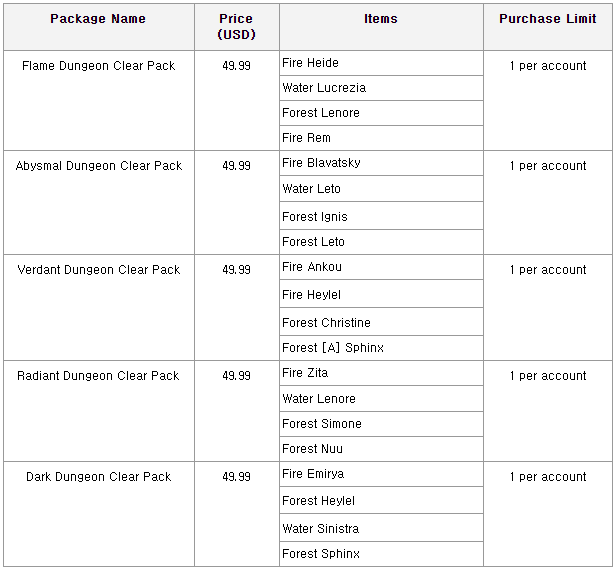 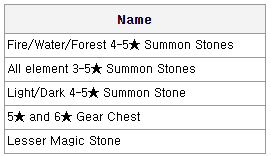 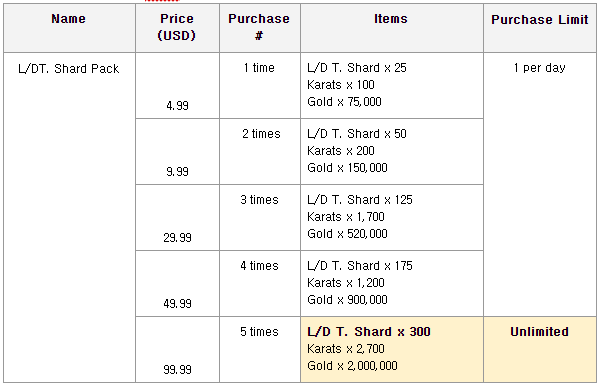 [Other Improvements for Packs] > Now Limited Packs will be moved to the lower parts of Packs if you have already made a purchase from Limited Packs.     [Purifying Grounds Expansion Sale Ended] > The discount on Purifying Grounds Expansion (30 days) has ended, and its price has been returned to USD 9.99 (based on Google Play Store price).     [Avatar Sale Ended] > The 2nd-anniversary discount on Avatars has ended. All Avatars, excluding the new Ifrit and Oracle Avatars, have returned to their original prices.   [Log-in Rewards Changed] : Login Rewards is changed.