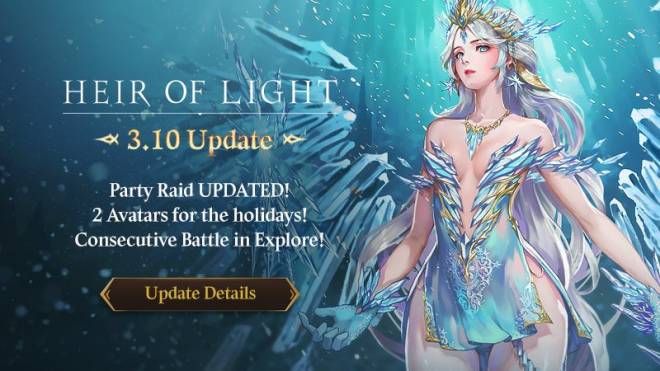 Greetings Heirs,   We are here with details about 3.10 Update. Please check out the details below.   ◆Update◆ [Party Raids Improved] : Heirs, your voices have been heard! Forget the Party Raids of the past! Meet the new and improved Party Raid!   ① Party Raid Changes

: If you want to disband the team you deployed through [Add My Team], tap the Expel button in Team Slot.

: If you use [Add My Team] on a floor, the information of the team you used will be saved automatically. : You can use [Add My Team] as many times as you want, but you will only receive rewards for your main team. : When the party leader taps [Retry] and returns to the Party Raid battle prep screen, you’ll see the parties you have previously deployed.   ② Clear Rewards Improved ▶ Fixed Rewards Improved : Party Points obtainable from 1F to 5F has been increased. 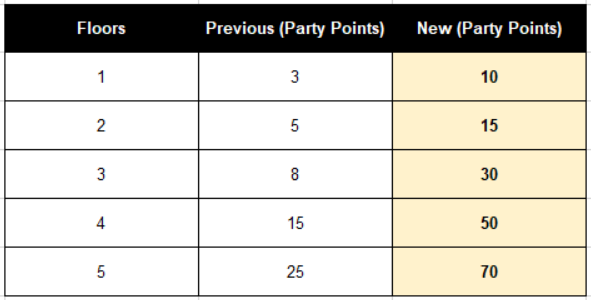 ③ Party Shop Price and Purchase Limit Changed : Prices for certain items at Party Shop has been adjusted to increase the more often you buy. Conversely, their prices will be lower for your first and/or second purchases.

[New Avatars] : ★5 Aurora of Despair, Aria and Ice Queen, [A] Lucien has been added. : You can purchase them at USD 9.99 per Avatar during this promotion period. (Price includes VAT, based on Google prices) 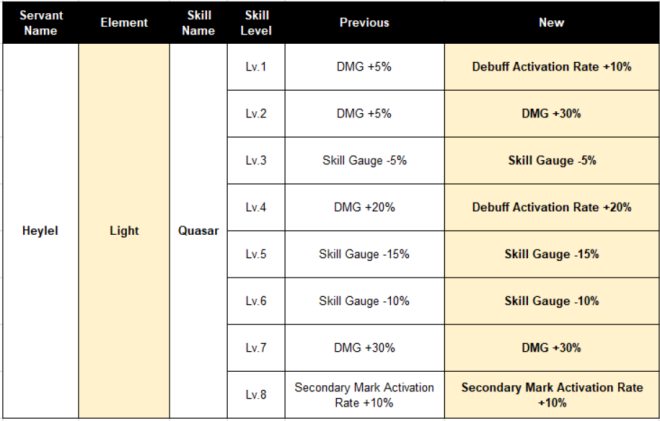 ④ Karat Description Changed : Rate+ Summon has been added to the description for Karats.

[Tutorial Improved] : The first Tank Servant that you get from your very first summon will be changed from (Previous) ★3 Fire Rhamaan to (New) ★5 Water Lucrecia. : The tutorial that is started for the first time after the 3.10 Update will give you ★5 Water Lucrecia. : You cannot get ★5 Water Lucrecia from Tutorial if you have already completed your Tutorial once.   [Lobby Background Changed] : Lobby background has been changed to an image of the Hinterlands covered in snow. 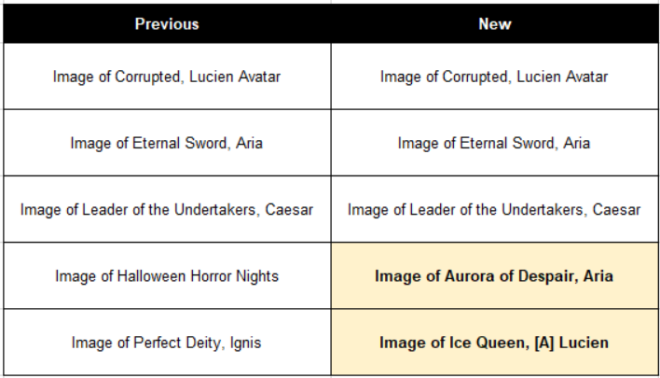 [Server Time Added to Quick Menu] : Your Server Time will now be shown on the upper left side when you enter Quick Menu.   [Power Saving Mode Time Display Changed] : Time displayed at the bottom of the screen during power saving mode will now follow the international standard. Ex/ Previous AM 05:00 -> Now 05:00 AM   [Rate+ Summon Period Fixed] : Rate+ summons period changed from until Dec 17 Update to until Jan 21 Update. : Rate+ summon servants will remain the same.   ◆Shop New/Changed Items◆ [Holiday Pack Added] : Holiday Packs have been added. : You can purchase them once during sale period at Packs. : When you purchase all of Holiday Pack I - Pack 1, Pack 2, and Pack 3, you can claim a bonus Light/Dark ★5 Select Summon.   [Servant Select Summon Added] : Light/Dark ★5 Select Summon has been added to Servant Select Summons. : You can select 1 Servant out of all ★5 Light/Dark Servants. (Excludes Collaboration Servants: John Wick/Aria/Archangels/Valkyrja) 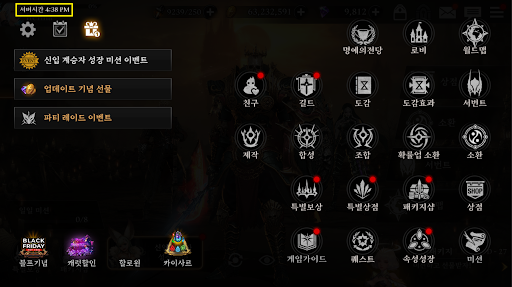 [Lv.50 Pack Items Improved] : The items included in Lv.50 Packs have been improved. : You can purchase this pack 1 time within 14 days after reaching Lv.50. You can purchase this pack even when you have reached Lv.50 before 3.10 update. : This pack can be purchased on all accounts that are Lv.50 or higher, after the Dec 17th (Tue) update for 14 days. 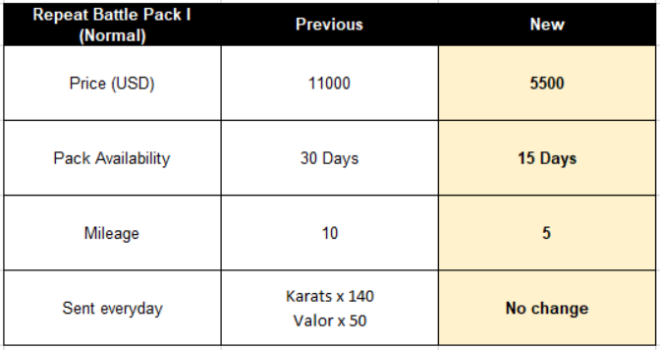