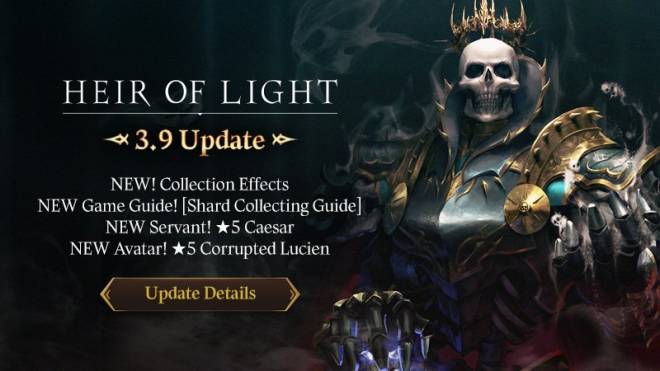 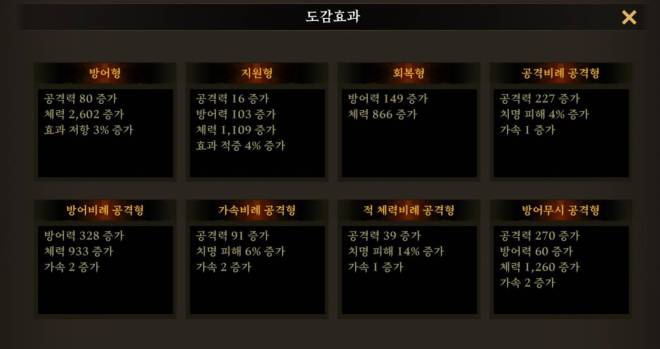 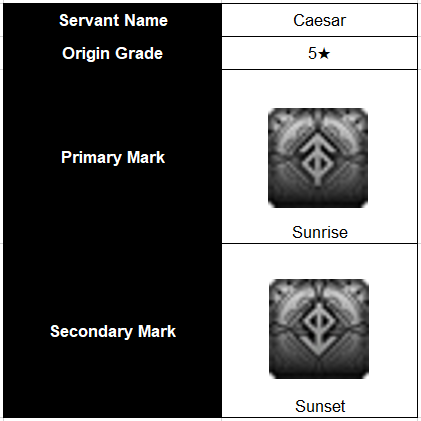 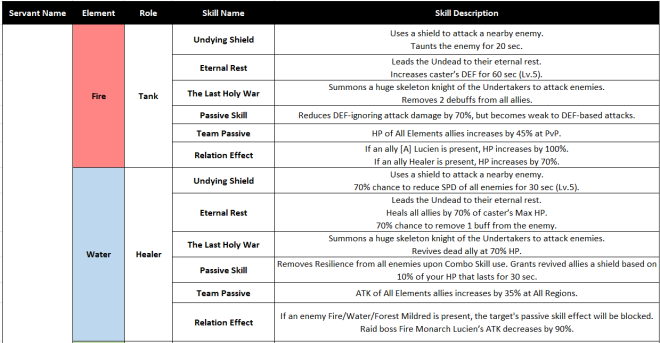 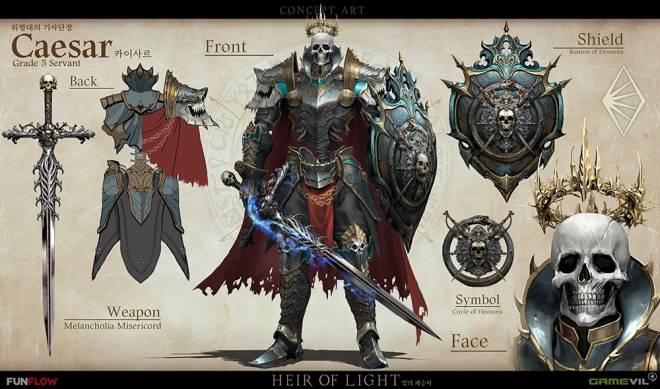 : 5★ Caesar has been added to Summon Stone Drop Rate and Fusion Rate to accommodate his update. : He is also available in Rate+ Summon.   [5 New Types of Rate+ Summons] : 5 class-specific Rate+ Summons have been added. You'll now have higher chances to summon recommended Servants from each class. : There are now 7 Rate+ Summons: 2 New Servant Rate+ Summons + 5 Class Rate+ Summons.

[New Avatar] : A ★5 Dark Lucien's Avatar has been added. : You can buy this special Lucien's Avatar at a reduced price of 11,000 KRW. (After the Black Friday sale - until next update) : A Mark and Combo Skill motions will be added to this Avatar. 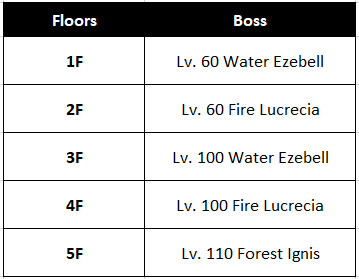 : Servants who will receive the updated Potentials: 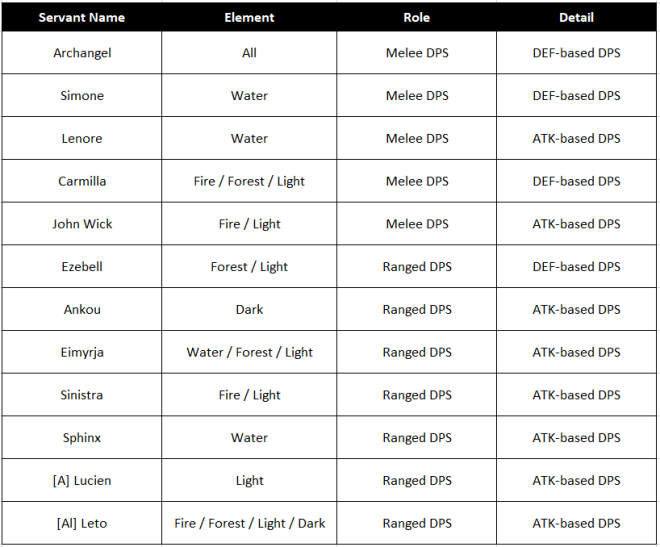 : Servants with these Potentials: [Improved Game Guide] ① New Guide - Shard Collecting Guide : A new Shard Collecting Guide has been added to help you collect Servant Shards. : This guide can be found at Quick Menu > Game Guide. : Count for the "Obtain n [Servant] Shards" quest starts after that quest is initiated. : The "Obtain [Servant]" quest is completed when you obtain that Servant. If you already have the Servant, the quest will be completed when you go to the lobby. 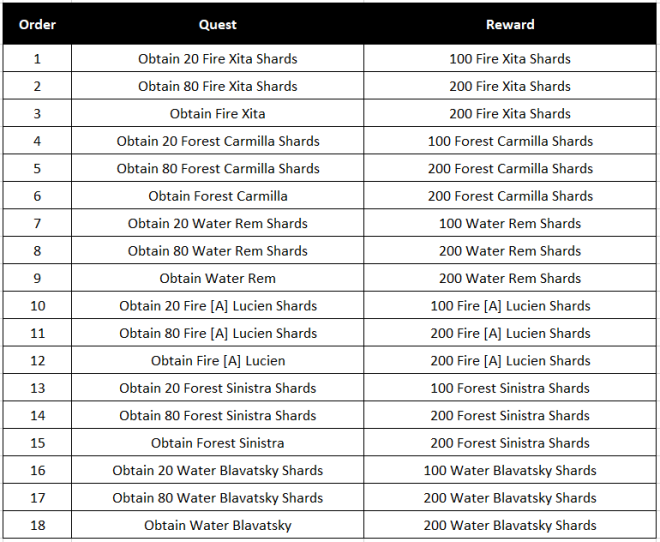 ③ Changed Guide Quest Order : The order of Guides has been changed: [Battle - Improved Collision Check Range of Melee Servants] : Collision range of melee Servants during battle has been reduced. This means there will now be less collision than before even if there are many melee Servants.   [Changed Sub Stats of Gear] : The Sub Stats of the 5★ Epic Gear obtained from the Upgrade Guide quests 11 and 12 have been changed:

[Updated Explore Stage Bosses] : Some stage bosses in Explore have been changed. : You'll now obtain a guaranteed boss Servant Shard when you clear the updated stages a certain number of times. : Any shards you have accumulated prior to the boss update will be converted to the new bosses' shards.

[Changed Tutorial Detail] : The Mystery Dungeon Approval part has been removed from Tutorial as it is no longer required to enter Mystery Dungeons.   [Changed UI Activation in PvP Modes] : An enemy's UI will now be activated in order to show the effects affecting them in PvP modes while an ally Servant uses a Combo Skill.   [New Explore Loading Screen Tips] : The following 2 tips have been added to the loading screen of the Explore area:

[Added Boss's Damage Type in Skill Description] : A boss's damage type has been added to its skill description. : This is shown when the boss is a DPS class and damage type is based on Ignore DEF, ATK, or DEF.   [Changed Guide Quest Mission] : A mission from Misc Guide has been changed:

: A new pack for ★5 Caesar is now available. : This pack can be purchased 3 times during the designated sale period. (Go to Packs) ▶ Items

[4 New Discounted Karat Offers] : 4 new Karat offers have been added with a lower price than the regular Karat offer. : Each offer can be purchased up to 5 times a month. (Go to Shop > Karats)

[New Servant Shard Offers] : Servant Shards can be purchased from Honor Pts, Guild, and Party Shops. : Their price increases each time you buy them. (Limited 6 times a day)

[Removed Purchase Limit] : The purchase limit of several Packs has been removed:

[Changed Pack Order] : The order of some packs in Shop > Packs has been changed: