Why the Next Big Game WON'T Be a Battle Royale 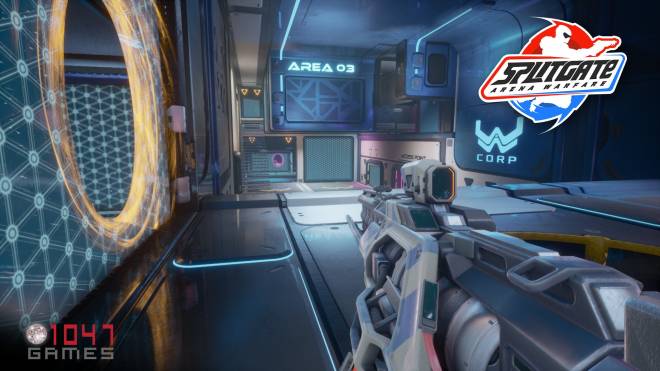 Splitgate: Arena Warfare is a brand new free-to-play first-person shooter that is aptly described by its developers as “Halo meets Portal.” Like Halo you start out with a battle rifle and a pistol, and you traverse maps where special guns have set spawn locations. There’s a significant time to kill and if you stop taking damage for a few seconds your health will regenerate. Sounds like Halo, right? Well here’s where things get interesting.   There’s also a “Portal” mechanic that works exactly as you would expect if you’ve ever played Portal or Portal 2. You place 2 portals and can see through them, shoot through them, and travel through them. Like in the Portal games, you can only place the portals on a certain type of wall, meaning that a lot of strategy goes into placing your own portals and defending against possible enemy portals. If you spot any enemy portals, you can destroy them with emp grenades. You can travel through enemy portals, but you can’t see through them. This makes it easy for enemies to shoot you freely so I highly recommend that you destroy any enemy portals you come across. 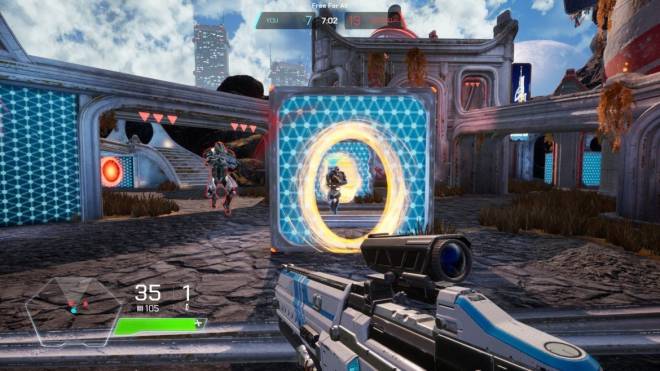 It might be easy to look at Splitgate: Arena Warfare and think of it as a ripoff of two extremely successful games (and to be fair, it kind of is) but it’s honestly one of the most refreshing and innovative games I’ve played in a long time. It’s not perfect by any means but it’s such a welcome change from the battle-royale-dominated FPS games that have been saturating the market. This isn’t to say anything negative about battle royales of course, it’s just nice to see a game developer step off the hype train for a minute and create something that’s truly unique. This is a game that’s absolutely worth playing and once they iron out the kinks, it could easily become one of the best games on the market.   The biggest thing holding Splitgate back right now is the fact that it’s only available on PC. It just launched on May 24 and the developers say that they’re looking into creating console versions but they haven't stated any release dates yet. The PC version does have limited controller support so if you normally play on console but want to give Splitgate a try, you can use a controller rather than a mouse and keyboard. Splitgate: Arena Warfare is 100% free-to-play and available for download on Steam.