What's the best weapon for solo games in Dauntless 🤔🤨🧐

“Dauntless is meant to be played with a team, but that's not always possible” 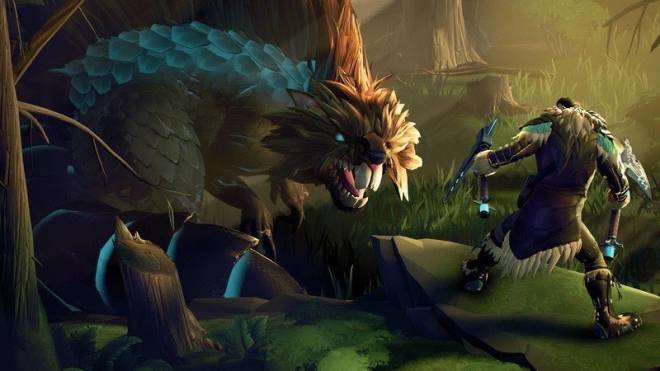 Even though Dauntless, a new free-to-play cooperative monster slaying game, strongly encourages you to play with a group of other players, you may eventually find yourself in combat with a Behemoth without any allies to back you up. If this happens, you'll want to make sure that you've got the right weapon for the job. Here's what that weapon is, and also why one of the other weapons can be considered a situational alternative choice. ᔕO ᗯᕼᗩT'ᔕ TᕼE ᗷEᔕT ᗯEᗩᑭOᑎ ᖴOᖇ ᔕOᒪO ᑭᒪᗩY? For most Behemoths, you'll want to have the Sword weapon at your disposal when you're stuck in a scenario without any teammates. This is mainly because the Sword does medium damage, has medium speed, and has medium range, which makes it very versatile and adaptable to whatever kind of foe you're up against. It does consistent, solid damage, and while it lacks the punch or utility that the other weapons in the game do, the Sword arguably has the easiest combos out of all of Dauntless' weapons, which means that it's unlikely you'll be making mistakes. With other weapons, the combos are harder, and screwing them up can cause you to get damaged by the Behemoth, which is a big deal when you're solo as you're going to be the only person the Behemoth is attacking. The Sword is also one of Dauntless' better weapons for dodging, as its balanced nature doesn't make you slower like the Axe or Hammer would ᗯᕼᗩTᔕ ᗩ GᖇEᗩT ᗩᒪTEᖇᑎᗩTIᐯE?? 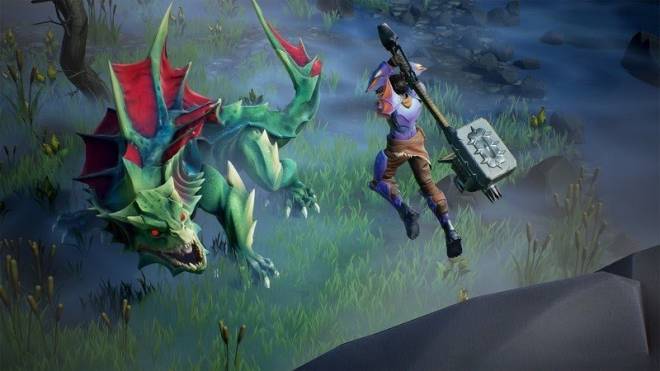 If you're a more advanced Dauntless player, than you may find the Hammer to be the best weapon for solo play. The Hammer is designed to be a team-oriented weapon, as its ability to knock down Behemoths with Stagger damage. If used on the head or the leg, it's great for enabling your allies to get in free hits during the duration of the stun. However, this same principle applies in solo play; being able to stun Behemoths is a huge help to a solo player, as it will give them more opportunities to launch devastating attack combos — and every bit of damage matters when you're on your own. Of course, the Hammer definitely has downsides that you need to respect and deal with. For example, you're slower at dodging with the Hammer, so choosing when to go for attack chains is critical. In addition, the Hammer's slow speed may make fighting fast Behemoths a challenge, and its combos are arguably the hardest ones to learn in all of Dauntless. Experienced players that can work around these drawbacks, however, will find that the Hammer can be a fantastic weapon for solo play. #dauntlessinfo - Lemme know whats the best solo weapon for you in the comments 👇🏻👇🏻🧐🧐