Dauntless is a brand-new free-to-play action RPG published by none other than Fortnite’s Epic Games. Developed by Phoenix Labs (which consists of former developers for Riot Games, BioWare, Blizzard, and Capcom), Dauntless was created by some of the best game developers on the planet. This is the studio’s first release, so it’s understandable why the hype for this game has been so high. 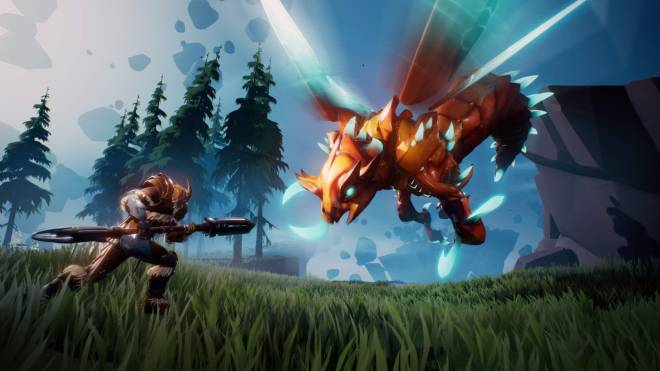 The gameplay is best described as a combination of Monster Hunter, Destiny, and World of Warcraft. You go out on a “hunt” with a team of up to 4 people where you fight 1 monster. After defeating the monster, you return to the hub where you can craft new equipment with the items you received for the kill. That’s basically the entirety of the gameplay, rinse and repeat.   Before I tear into my disappointment for the current state of the game on release, I want to acknowledge the aspects of Dauntless that I actually enjoy. First and foremost it’s completely free-to-play and it’s 100% cross-platform compatible. Crossplay is, in my opinion, one of the most important aspects for a game to have in the current era of gaming, and it’s fantastic to see a game embracing it immediately upon launch.   I love the variety of weapons you can choose from and how each weapon has its own characteristics and special attacks. You can choose to maximize your movement and allow yourself to attack from a distance with the Chain Blades or straight-up knock monsters out with a big ol’ Hammer. In so many games the only difference between weapons are its stats and effectiveness vs different armor types. In Dauntless, your weapon changes everything. 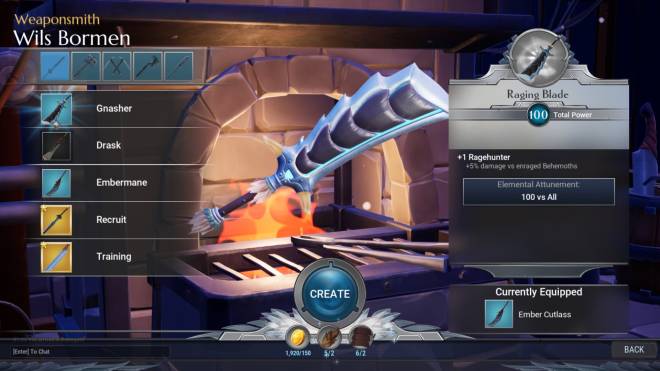 I love the fact that you can focus a specific body part in order to break it off the monster which changes the mechanics of the fight and allows you to receive it as a drop after slaying the beast. There are definitely problems with this however as even though you’re guaranteed the drop, you’re not guaranteed any specific rarity. This becomes a problem later on as you need rare or epic body parts which are entirely RNG-based. There are already people who have done over 100 encounters without getting the rarity they need in order to craft their equipment. Keep in mind that these fights can easily last 20 minutes each, so spending all that time just hoping for some good RNG is absolutely horrendous. This brings me to my next point, and transitions us into the things I don’t like about Dauntless.   It takes way too long to do anything. It takes about 5 minutes to find a team, then 20 minutes to win the fight, and there’s about 5 minutes of loading screens between all that. We’re talking 30 minutes just to do one encounter. While this isn’t necessarily a bad thing (Dark Souls, Monster Hunter), it IS a bad thing in Dauntless because the fights are just boring. The fights consist of you sitting on top of the monster spam attacking it, then the monster runs away and you sit on top of it spam attacking again. There are different combos you can do, but for the most part you end up pressing left-click or X over and over again for 20 minutes which simply isn't fun. The monsters do have different moves, but there are not enough mechanics to the fights to justify the length or to hold your interest through its entirety. Not to mention that your character is insanely slow, which means that a lot of the fight is spent just chasing the monster around so that you can get in attack range.   It’s not just the fighting either. The interfaces are bad or inconsistent. There’s random people throughout the small town for you to talk to, but they don’t actually say anything. There's a bunch of doors you can’t open and rooms you can't enter. The aesthetic is genuinely a complete copy-paste of Fortnite. Movement in general is clunky and unsatisfying. In other words, there’s a lot of quality-of-life problems that only become more glaring amidst the frankly boring gameplay.

That said I do have hope for Dauntless. It has the foundations of something good, but it really needs some refinement. One major improvement would be to make the hunts more interesting by adding more things to the environment. Give me some treasures to find, give me more than one monster to kill, give me a reason to explore. I want more compelling combat. Give me some abilities that matter, let me move faster and give me some mechanics that feel satisfying to pull off. I want there to be a reason for me to be in a squad. Give me some synergistic abilities, let each member have a role in the fight, if we’re supposed to be a team then I want to be working together with my teammates.   Dauntless has a long way to go and in its current state I honestly wouldn’t recommend this game to anyone who plans to play it solo, but it’s worth giving it a shot if you have a few friends that are down for a little PvE action. It’s very rough around the edges, but I have confidence that Phoenix Labs isn’t about to let their studio debut fall into oblivion because they truly have the foundations for something great here. Only time will tell if they will be able to reach their potential with this game, all we can do now is hope and wait. In the meantime, grab a couple friends and give Dauntless a shot, it’s completely free-to-play on PC, Xbox, and PS4. Let me know what you think.