The Terrorbyte, why you should get it

RUN AND GUN EPISODE Click on the link to watch it! https://youtu.be/lvEPVBTyOHw

—————- Before I start with this post I’ll just say that me and my friends all agree that it takes 32 RPG’s and Oppressor Missiles to destroy the Terrorbyte. So yea the Terrorbyte is a safe house for a CEO and it’s associates if they’re scared lol. —————————- Stated by @Agent M Ghost (recently in comments) “its double for each rpg since the Opressor uses homing missiles which are half of the damage of what a RPG does” Thank you for the correction👍🏼 ————————— So I was wrong in the text above. The RPG does double the damage compared to the Oppressor missiles. 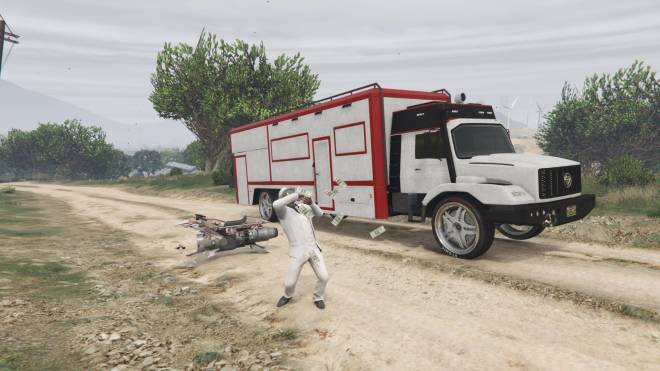 Also I won’t be showing any pics inside of the Terrorbyte because i don’t know who has it and for those who don’t have I won’t be showing pictures because if you don’t have the money for it then why would I show pictures inside of something expensive like this? ———————————— This vehicle is NOT griefer vehicle it’s a grinder it’s used to start any mission from ANYWHERE on the map. All you have to do is call it in through the interaction menu and it’ll spawn like a MOC but a lot closer. The missions you can do with this is - CEO Special Cargo crates - CEO Vehicle Cargo - MC Resupply missions - Bunker Resupply missions And -Client Jobs that pay 30k + which Is more than missions. Client jobs are during the session so you don’t have to leave the session ————————- Do you need a Terrorbyte to have an Oppressor? NO You only need a Terrorbyte to put missiles on your Oppressor. If you have Oppressor but DON’T have a Terrorbyte you can still store your Oppressor in you garage. (A lot of low levels don’t understand that⤴️so I wanted to clarify) ———————- You also get a weapons workshop inside the Terrorbyte so you can get MK2 weapons ——————— What else can you get inside the Terrorbyte? You can get: - A drone station - A lock on air defense system The drone system I mostly use this as a spy because I sit on the computer inside the Terrorbyte and I just use the drone to look around before I exit the Terrorbyte in public sessions. Off radar players are annoying lol. The lock on system Let me just say I haven’t used it since I bought it lol. Like it sucks. ———————- Oppressor modifications Missiles or MG ? Missiles because the MG is hard to aim while in the air. It doesn’t even destroy targets in one hit with the explosive MG. Flares or Chaff ? Flares because missiles will follow it because of its heat signatures. What is Chaff Chaff just stops anything from locking on to you for about 10-15 secs. But if a missile is already shot then you might as well jump off your Oppressor lol because you’re gonna die😅 ———————— What’s the Vehicle Workshop ? The Vehicle workshop is ONLY for the Oppressor! That is where you put the missiles on it or Flares/Chaff. ———————- Is the driver seat or passenger seat Special? Yes it is You can use a player monitor system (forgot what it’s called) where it can show some valuable information about the player😉😏 I’m pretty sure when both the driver and passenger are in the seats only the passenger can use the player monitor system But if the driver was in it by him self then he could use it. Also this camera can be used as a spy device because you can scan pretty far away and it has a rear camera as well. Oh and also the windows on the Terrorbyte are bulletproof! After about 10 shots it’ll break. ————————- I have a feeling I’m forgetting something🤔 I’ll make sure to update this post if I do forget something.