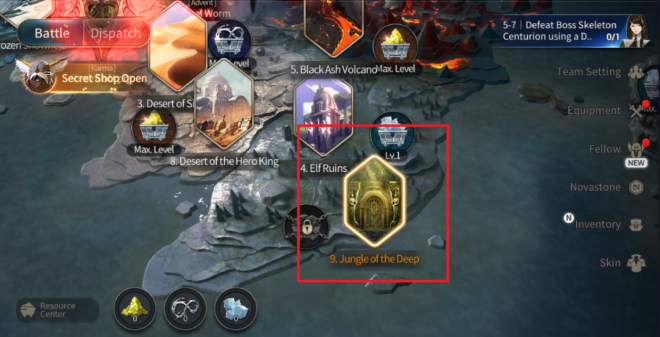 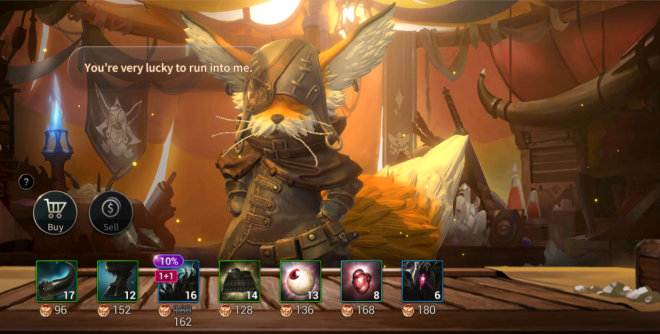 ■ Godar's Secret Shop has been added - Can be accessed upon clearing the Sanctuary of Pledge for Battlefield 5, and appears as an event upon clearing a boss battle or Realm of Lore 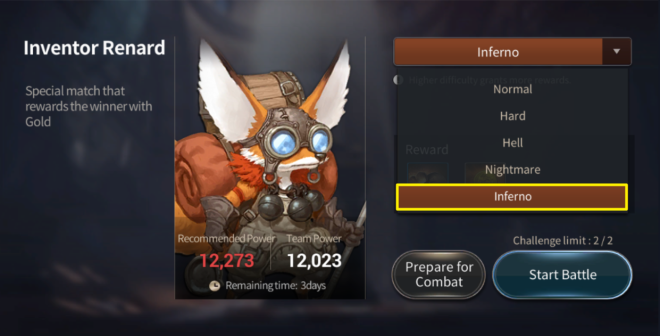 ■ Difficulty for Special Battles have been expanded (level 5 - Inferno) ■ Daily / Achievement missions related to the Secret Shop have been added ■ Achievement missions related to leveling up has been added ■ Weekly missions related to Advents have been added ■ The title screen has been update   [New Products]   ■ Holy Guild Skins have been added - For the Savior, Rave, Padu and Lucinda ■ 2 new Level Up packages have been added (Lv.85 package, Lv.90 package) ■ A new Fellow Einar has been added ■ The [Battlefield 9 Special Support] has been added in the Limited > Recommended category ■ The [1st Anniversary Blessing Package] has been added to the Limited > Recommended category ■ Purchase counts for certain products have been reset ■ The [Battle 2-6 Upgrade Materials] has been removed from the Cash Shop   [Balance]   ■ The Knockdown status inflicted by the Bone Crusher's Down Blow has been extended from 4 seconds to 6   [Improvements]   ■ The rewards for the 28 days attendance have been improved upon   [Bug Fixes]   ■ Fixed an issue where the Saber-toothed Worm and the Forst Golem would not stagger despite having their Super Armor Destroyed ■ Fixed an issue where Knockdown would not build up when using the [Down Blow] skill for the Bone Crusher as a Female Savior ■ Fixed an issue where the fourth stat for the Ice Breaker / Stone Breaker appeared as Freeze Damage Boost / Petrify Damage Boost and was reverted to its original Critical Damage Boost ■ Fixed an issue where Mission no. 17 for the Primal Worm Advent would not be cleared   [Known Issues]   ■ During the fight against the Revenant Knight, the bubble stack next to the boss icon does not appear to be stacked - Appears normally when pausing and continuing to play the game after changing phases twice ■ During the Bingo event, when there are more than 2 rewards receivable, spamming the first and second reward buttons will result in the second reward to appear to have received in twice the amount - The issue is one for display only, and upon using or selling the reward item, a system error will occur - Restarting the game will normalize the issue - When there are more than 1 reward receivable, it is recommended to receive the second reward after the popup notification is executed