Ever since the publication of NBA2k, its MyCareer has exploded in popularity and in membership. From all the friends I know that has NBA2k, it is undeniable that this game mode has saved the tenure and longevity of the NBA2k series. However, at that expense comes the degradation of MyLeague, an exciting game mode that I play over MyCareer for its innovative approach to owning a team in today’s NBA. In order to get MyLeague to the level that MyCareer has, 2k has to come up with a different approach to its constant and unchanging updates after every version of the game releases. 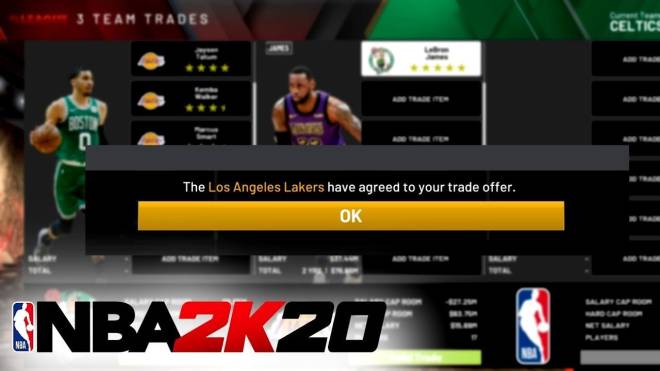 One of these changes should be the merging of MyGM and MyLeague together. Although they are separate for their own reasons, combining the two has the potential of the “best of both worlds” solution. One of the reasons that MyCareer has taken off is due to its narrative approach, its progressive rewards system, as well as the interactions that a person’s player has with their NBA career. The same aspects should be included in the intertwined version of both the MyGM and MyLeague.   As of now, MyGM does have this narration, but only in text boxes, thus taking out that personability factor that a lot of players yearn for when they are playing the game. The reason why I choose MyLeague over MyGM is the fact that it is much more fast-paced and I am given full reigns to the organization. If there was a game mode that combined the traits of personability, rewarded progress, and full customization, then we could potentially be seeing a huge membership to this remodeled MyGM/League game mode. 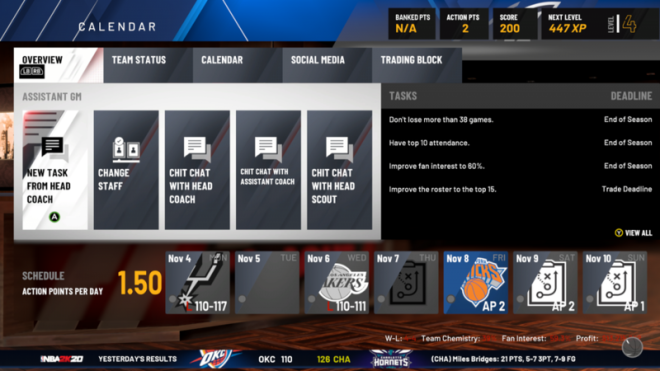 Within the 2k Developer community, they could input a specific narrative regarding each team. For example, if you are a rebuilding team, then the narrative and cutscenes would be the same. You are a young and upcoming GM/Owner of the Knicks/Hornets/Bulls, and the city is yearning for results. Similar to MyCareer, there could be this active storyline that follows your career as a GM. further, this new game mode could be action-reactive based. For example, if you choose to trade away a young player for a vet, then the narrative would switch. Maybe you get put on warning, or there is a VC incentive for you to ship that contract off and retain your name as untarnished. Whichever the case, adding this storyline based mode on team ownership is crucial if MyLeague/GM wants to see higher membership.   Although NBA2k has a long way to go for this rehaul, a lot of members in the 2k community have spoken for their desire to have a more integrated model of MyLeague/GM. Even simple interactions with coaches or trainers would suffice for this storyline feature, as MyLeague does not have to reach too far out of is realm to improve membership. 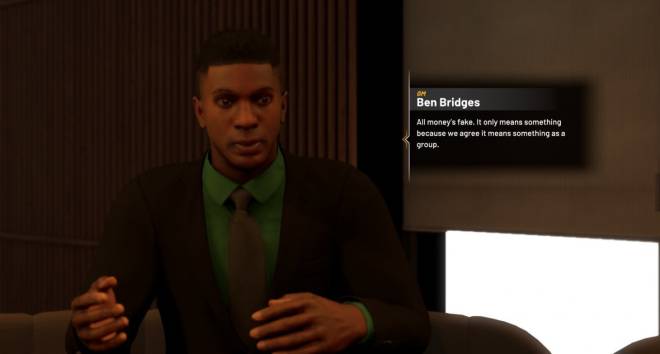