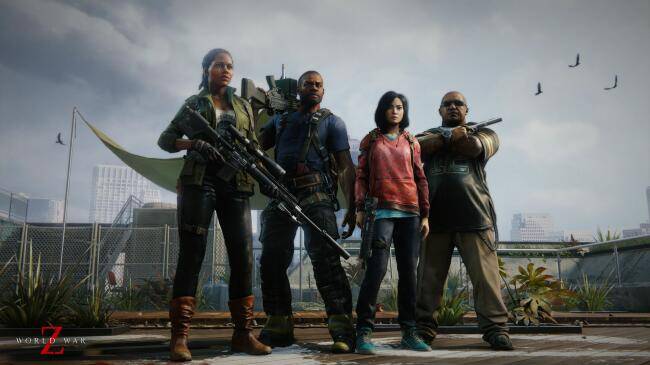 When we first caught wind that there would be a video game loosely based on 2013’s zombie action film World War Z, it seemed somewhat out of place. Announced at 2017’s Game Awards ceremony, World War Z is a third-person action game that is not only derived from the film, but set in the same universe as the 2006 novel of the same name. Typically, video games based on movies leave a lot to be desired. This may skew your expectations for World War Z right from the start. As a game based on a film, it’s surprisingly fun. When evaluating it for what it is, without thinking about the fact that it’s based on a film, it’s still not bad. But summing up an entire game with “not bad” is a bit reductive. Before getting into things, it’s at least worth mentioning that World War Z is a budget title and debuted at $39.99. Now, this won’t excuse its shortcomings, but it at least makes the purchase a tad more enticing. Along with that, it’s very easy to make comparisons to Left 4 Dead, which even the developers themselves have alluded to. World War Z wears its inspirations on its sleeve, and you can definitely see a lot of Valve’s popular cooperative zombie series ingrained within. However, when comparing to Left 4 Dead, you might be left disappointed in nearly every way, as Saber Interactive just doesn’t have the chops or budget that Valve had. With that in mind, you’ll likely feel right at home when playing World War Z: It has four campaigns, multiple characters to choose from, procedurally generated zombie placement, an emphasis on cooperative multiplayer, and even a variety of special zombies to fend off. Instead of Hunters, they’re called Lurkers, and instead of Boomers, you’ll find Gasbag zombies decked out in hazmat gear. It’s almost too similar to Left 4 Dead in many ways, causing it to lack personality at times. Gone is the need to work closely with teammates and the humorous tone, leaving you with an almost bland experience. You’ll also be disappointed if you’re seeking an adventure with a robust narrative, as World War Z is mostly focused on gameplay. There are bits of dialogue between sections that give you some context for your motivations. But ultimately, these moments feel obligatory and shoehorned in. If you’re just here to kill zombies, you might not mind the absent story. What it does have that differentiates itself is a robust upgrade and class system that you can experiment with. As you play, you earn XP that can be spent on upgrades, which is sort of the hook that’ll keep you coming back. Ideally, this will encourage you to play a lot, giving you more opportunities to improve your classes and weapons. The classes are quite different too. You can choose from Gunslinger, Hellraiser, Medic, Fixer, Slasher, and Exterminator, all of which feel distinct enough to warrant giving a try. As you play with each, you’ll gain XP that can be spent on various boosts or upgrades. The upgrades are set up in such a way that even the preliminary ones are still quite useful, so you always feel like you’re making progress. These are things like damage boosts for the entire team, the ability to kill lots of enemies with explosives, massively increased reload speed, and more. If you’re strategic enough, you can coordinate with your group, to have an optimized team to face off against hordes and hordes of zombies. But therein lies one of World War Z’s most glaring issues. It seems to emphasize cooperative play. However, as you make your way through the campaigns, you’ll realize that the game always tells you exactly what to do. This means communication and coordination feel useless most of the time. As mentioned above, you can come up with an optimized setup for each of the members of the squad, but it will ultimately feel only slightly better from my experience. There is always a marker on the screen or text telling you what your next objective is, leaving out the element of strategy and discovery. Sometimes, it is nice to get to play without having to worry about getting lost or knowing what to do, but this feature seems to be at odds with the mantra of playing with friends. There isn’t a need to work together with real players to figure out what to do, since World War Z always guides you. Surprisingly, the AI is actually quite competent, so you aren’t ever at a disadvantage for playing solo. Once I realized that the game felt virtually the same when playing with AI and when playing with real-world players, it sort of lost traction. That isn’t to say it’s not fun, but since the levels all feel quite similar in structure and there’s no real need to work with a team in a strategic way, it takes the wind out of the game’s sails. If you want to read more about the review that PlayStation Lifestyle gave, use the link below 👇 https://www.playstationlifestyle.net/2019/04/22/world-war-z-ps4-review/ 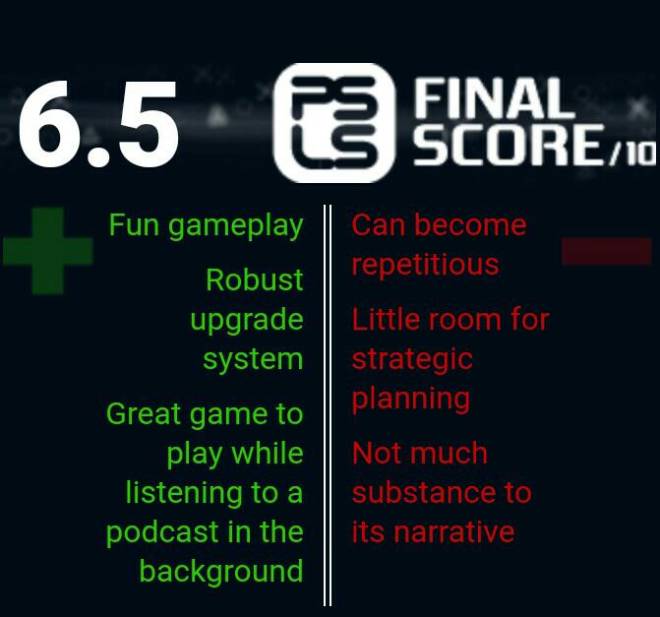 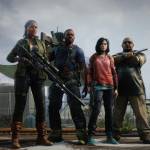 World War Z PS4 Review - A Horde of Familiarity In our World War Z PS4 review, we dive into whether or not this cooperate zombie action game is worth it, even at the $40 price point. www.playstationlifestyle.net
SEARCH World War Z POST