Today I’m back with another really cool 5 mods for Minecraft! Compared to last time, these 5 mods are very… creative. I looked for some helpful mods but also found some really unique ones to make your playing experience extremely different! If you’re interested in completely changing the way you play the game or playing a whole NEW gamemode, really or watch below to find out what mods I recommend and how to get them! (The last one is the coolest one EVER!) 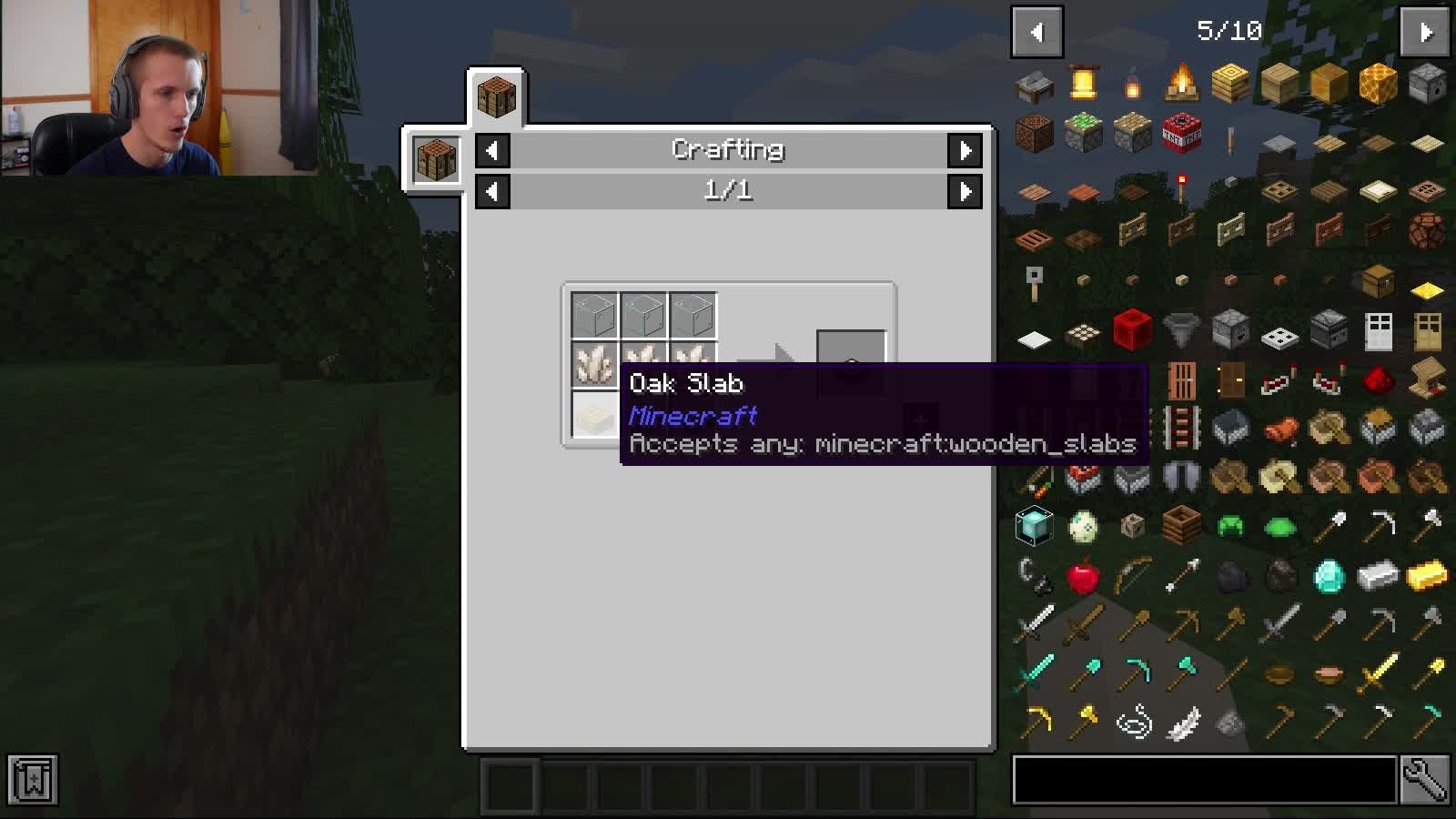 Just like last week, I used this link to install Minecraft Forge so I can install mods for Minecraft: http://files.minecraftforge.net/

Download the most recent version of Minecraft Forge. After downloading it, you’ll be able to open it as an alternate version of Minecraft. It should be somewhere near your “Play” button when opening Minecraft. Once it’s open, just press on the “Mods” button and then go to “Open Mods Folder”. This is where your installed mods should be placed to work properly. Make sure you install mods that are compatible with your version of Minecraft (so if you’re running an older or newer version, just look for mods for that version)! I’m running Minecraft Java, 1.15.2. Now, let’s begin!   Just Enough Items (JEI) Whether you’re an experienced player or not, it’s helpful to know what kinds of items you can and can’t have in the game. There’s such a wide variety of things to build, craft, and find that you can’t keep track of everything that simple. JEI will let you see every item in the game and how to craft them (if they’re craftable). If there’s multiple recipes for items (such as a boat), then you can see all of the different methods to creating the item. That also includes alchemy and forging! ALSO, if you’re using another mod that requires items to be crafted, it’ll help you find the recipe to craft those items! https://www.curseforge.com/minecraft/mc-mods/jei (Choose the right version for yourself from the list of versions!)   Camera Mod There are plenty of mods that allow you to zoom in and out so you can get a better look at something. There’s also a screenshot button you can use to capture the best visuals you can find in the game. But why not just put everything into one mod? Camera Mod lets you zoom in and out, take pictures, look at pictures, and even has filters! See the full description of everything included within the link below and give it a try! https://www.curseforge.com/minecraft/mc-mods/camera-mod (Choose the right version for yourself from the list of versions!)   Creature of the Night This mod is for the hardcore gamers who think they can become some sort of zombies themselves. Step into the light and feel the burn. Literally! Your objective is to survive and play the game as normal… except without being exposed to the sun. Fire resistance potions work but you better hope you can get those materials safely! https://www.curseforge.com/minecraft/mc-mods/creature-of-the-night-you-will-burn-in-the-light   Ultimate Car Mod Though a little tricky to figure out, having the change to build one of over 50,000 cars is an absolutely amazing idea. Take some time to use JEI and this mod and build a car for yourself to drive in! It’s actually realistic in some ways, too! Without energy in your car, you won’t be able to get anywhere! Build a car and maintain it! Enjoy! https://www.curseforge.com/minecraft/mc-mods/ultimate-car-mod (Choose the right version for yourself from the list of versions!)   Pokecube AIO This mod is the absolute best one ever! If you have any enjoyment in Pokemon… then you need this mod. Launch it in creative and you’ll find yourself spawned in a town with NPC’s, a gym, and a Pokemon center! Catch wild Pokemon with various “Pokecubes” that you can either give yourself through the creative mode or craft by hand. The best part about it all is there are SO MANY advancements (achievements, basically) for capturing each individual Pokemon, battling with Pokemon, and more! You simply HAVE TO give it a try! You will NOT regret it! https://www.curseforge.com/minecraft/mc-mods/pokecube-aoi (Choose the right version for yourself from the list of versions!) https://www.curseforge.com/minecraft/mc-mods/pokecube-aoi/files (This is the whole list of updated versions in case the ones in the previous link don’t work!)