The main issue with wolf

Shot 1 does the most damage.. but is very easy to hide from. Shot 2 is easier to hit..but is almost useless as the starting damage is too low. In this game. Wolf got to shoot once..with a perfect shot 1 hit I did 210 with lightning cloud and damage buff cloud. After only 1 shot I was forced to switch to shot 2 because shot 1 could not feasibly hit the opponent hiding behind the hill.Wolf was killed before he could get a second attack off with boosted damage. I would switch to a healing avatar but his damage is so weak starting off that he requires a damage buffing avatar m. 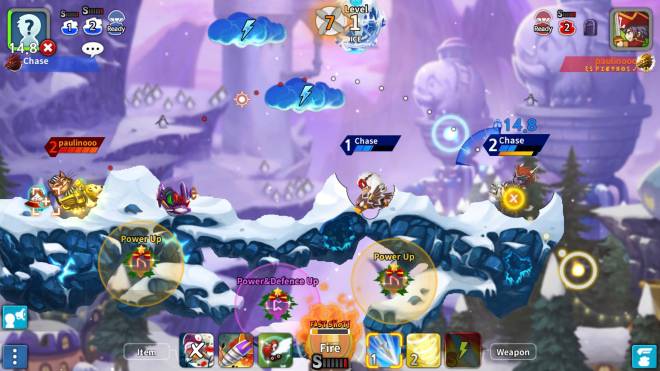